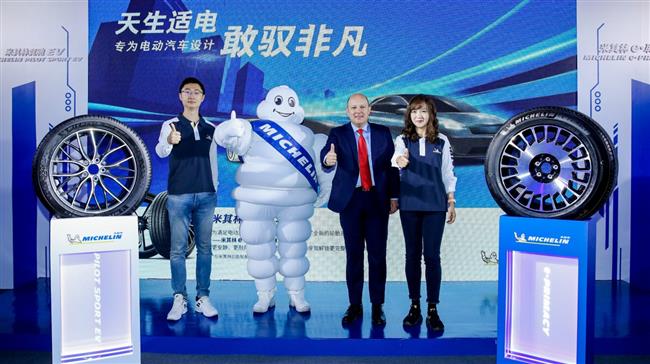 Michelin, the French tire manufacturer, recently launched two specialized tires for electric vehicles in China to keep up with the electrification trend in the automobile industry.

The two new tires are for high-end electric and race cars. 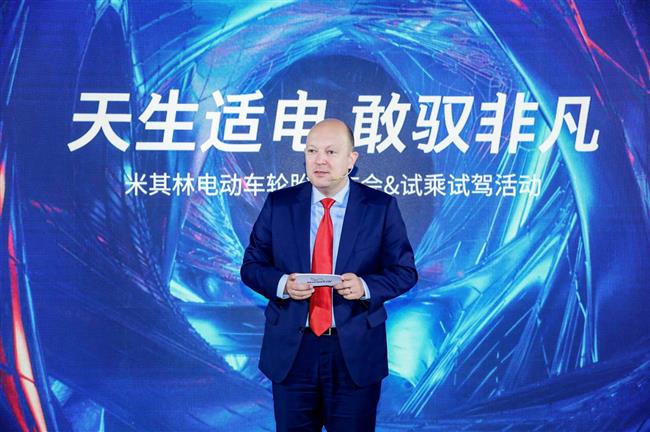 Kamran Vossoughi, president and CEO of Michelin China, gives a speech during the product launch.