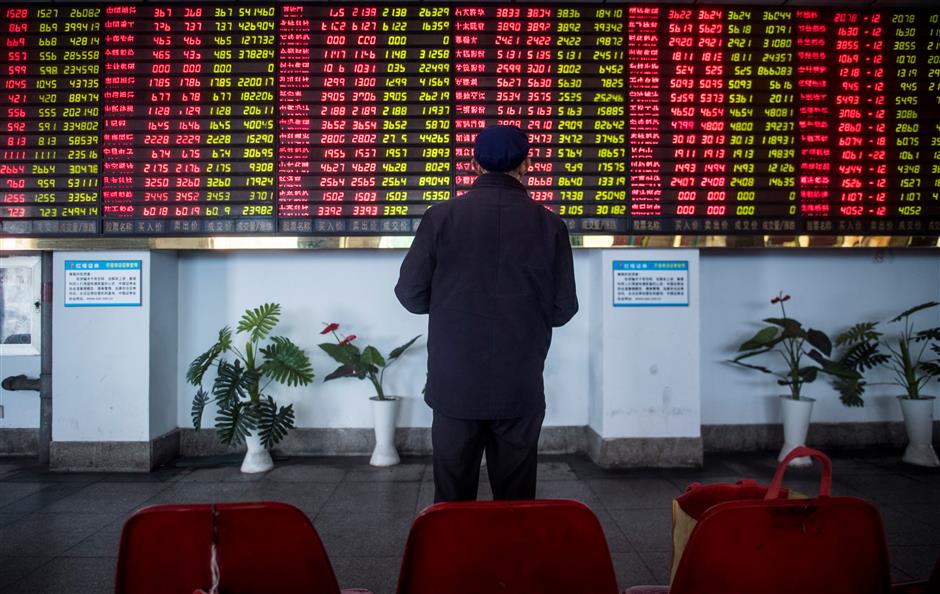 China stocks fell on Friday, along with other Asian markets following weak performance of metal producers.

The fall came after President Donald Trump announced the United States will impose hefty tariffs on steel and aluminium imports.

Asian stock indexes retreated amid fears that the decision to impose tariffs of 25 percent on imports of steel and 10 percent on aluminium will hurt manufacturers across the world.

Smart manufacturing segment and industrial software service providers were among the gainers as new government supportive measures are expected to lift business performance.

Guodu Securities estimated higher volatility in the equity market and bigger fluctuations in the stock prices in the near future due to higher inflation and a tighter monetary environment, it said in a research note on Friday.