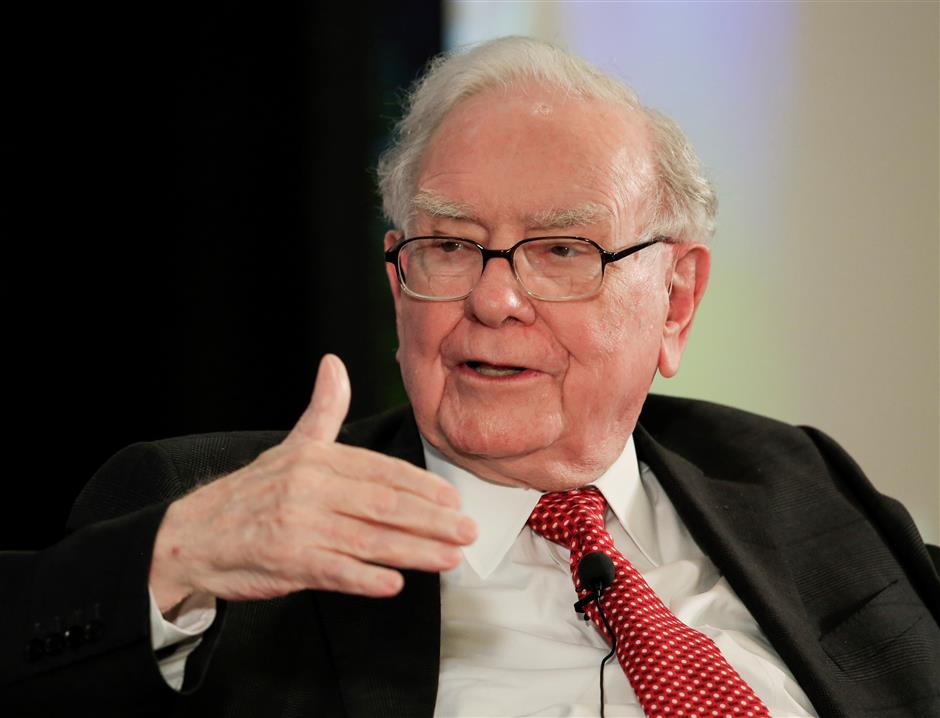 In this October 3, 2017, investor Warren Buffett gestures on stage at a national conference sponsored by the Purpose Built Communities group that Buffett supports in Omaha, Nebraska.

US billionaire investor Warren Buffett has expressed his interest in expanding investment in big markets including China.

"We want to invest money intelligently," Buffett, chairman and CEO of Berkshire Hathaway, said in an interview with Yahoo Finance Editor-in-Chief of Andy Serwer.

That's why his company is looking to "find big things to do" in big and growing economies that hold potential, such as China, Buffett said.

The video of the interview was released on Friday at the US-China Investor Forum held one day prior to the Berkshire Hathaway's annual shareholders meeting.

Speaking of Berkshire's investment in China's automobile manufacturer BYD, Buffett said it "has been doing so well lately."

Buffett spoke highly of China's growth over past decades, saying that China has unleashed the potential of its citizenry in the past 60 years or so.

For centuries, China "did not progress that much economically for an overwhelming portion of the population," he said.

What China has undergone in the last 50 or 60 years is "a total economic miracle," Buffett said. "I never would have thought it could have happened."

Chinese people are smart, hard-working and are "destined for a fine economic future," the investor said, stressing the main thing that a country has to do is unlock the potential of its people, as it is happening in China right now.

The US-China Investor Forum was hosted by Yahoo Finance, and co-hosted by the China General Chamber of Commerce USA and the Asian Cultural Center US.