VMware Inc, which offers software and IT services for enterprises, seeks expansion opportunities for digital transformation in China, one of the largest markets which will attract total spending of up to US$2 trillion by 2022.

The company also invests heavily in diversity and inclusion (D&I) programs to improve the participation of women in the industry and provide a fair and safe workplace, Pamela Cass, Vice President of marketing for VMware Asia Pacific and Japan, said in Shanghai.

Worldwide spending on the digital transformation of business practices, products, and organizations is forecast to reach US$1.97 trillion in 2022, achieving a five-year compound annual growth rate of 16.7 percent since 2017, according to researcher International Data Corp.

The United States and China will be the two largest geographic markets for spending in 2019. In China, connectivity services and enterprise hardware will be the largest technology categories, according to IDC.

Telecommunication, finance and manufacturing are the top three target industries for VMware in China, who have several partners in China including Alibaba Cloud and China Mobile.

VMware aims to “encourage more female talent” into the IT industry and "let their voices to be heard” with career opportunities and an open culture, said Cass, who also leads D&I programs for the company.

For example, VMware also sponsors the Women Who Code event, which attracts industry involvement including engineers from Microsoft and Baidu. It has been held in Shanghai, Beijing and Bangalore.

Gender diversity, safe and fair workspaces and open culture are areas of concern for the whole IT industry including Apple, Google and VMware.

In a recent interview, Apple's CEO Tim Cook said he is worried about the “male dominated culture” in Silicon Valley, and said he expected more improvements on gender diversity.

Currently, VMware’s D&I programs cover not only women, but also people with disabilities, LGBT people, those from different races and so on. 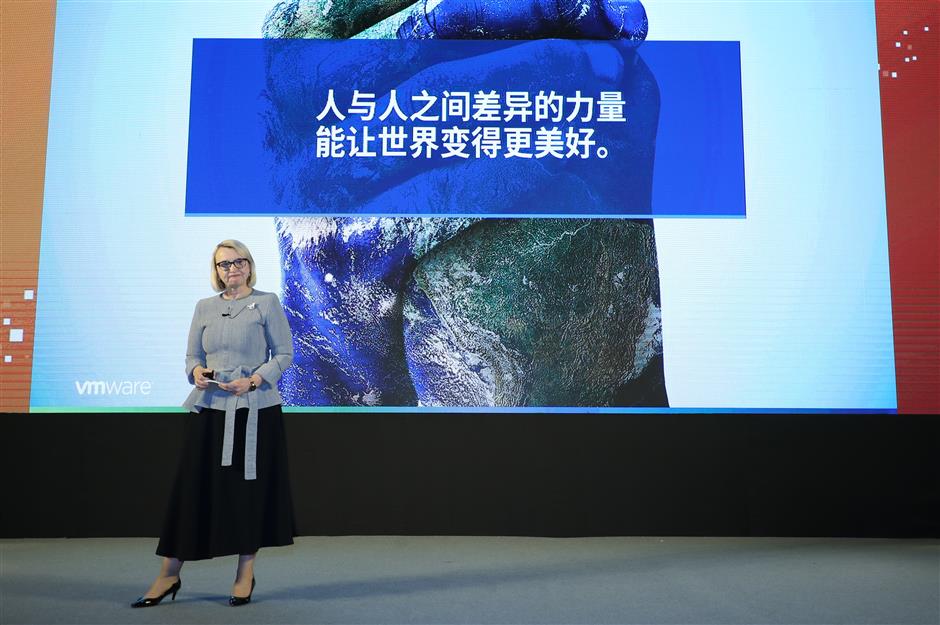 Pamela Cass, Vice President of marketing for VMware Asia Pacific and Japan, talked about how to attract more women to tech industries.