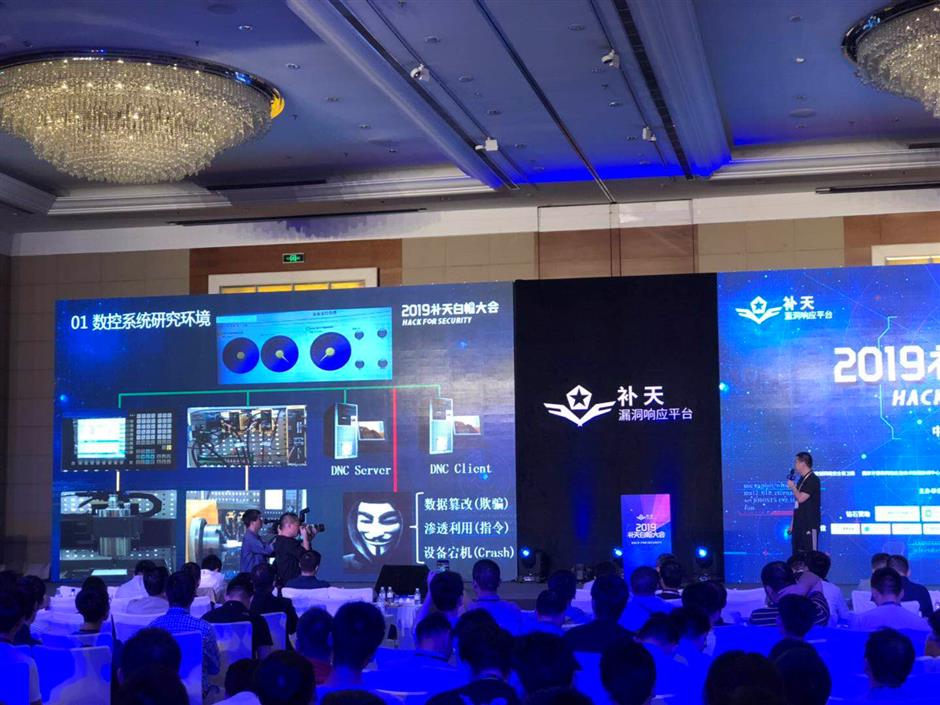 A speaker talks about security issues at the Hack for Security conference in Shanghai.

China’s Internet security market has great potential on the back of smart device sales, digital transformation, 5G and the Internet of Things, a security firm said on Wednesday.

Online security revenue is set to grow at over 20 percent a year for the next a few years.

Qi An Xin, formerly part of 360’s Internet security business, is expected to grow by over 40 percent annually for the coming five years. China’s biggest institution-oriented security firm is applying to list on Shanghai’s Tech and Innovation Board, expected to be up and running later this year.

The growing market for 5G and IoT will create demand for security in new devices including sensors, robots and cars, Wu Yunkun, president of Qi An Xin, said at the Hack for Security conference in Shanghai.

“Security is no longer an issue only for smartphones and computers. It makes sense in all sectors of the economy and in national security,” Wu said.

Security spending accounts for only 3 percent of the whole digital spend in China, compared with over 10 percent in the US.

Qi An Xin has established the Bu Tian platform to encourage security experts, or White Hats as they are known, to find loopholes in the Internet. In 2019, Bu Tian platform plans to offer 20 million yuan in rewards to White Hats reporting issues, double last year’s level.

Qi An Xin received a 3.7 billion yuan (US$545 million) investment from state-owned giant CEC in May, following its spin off from 360.