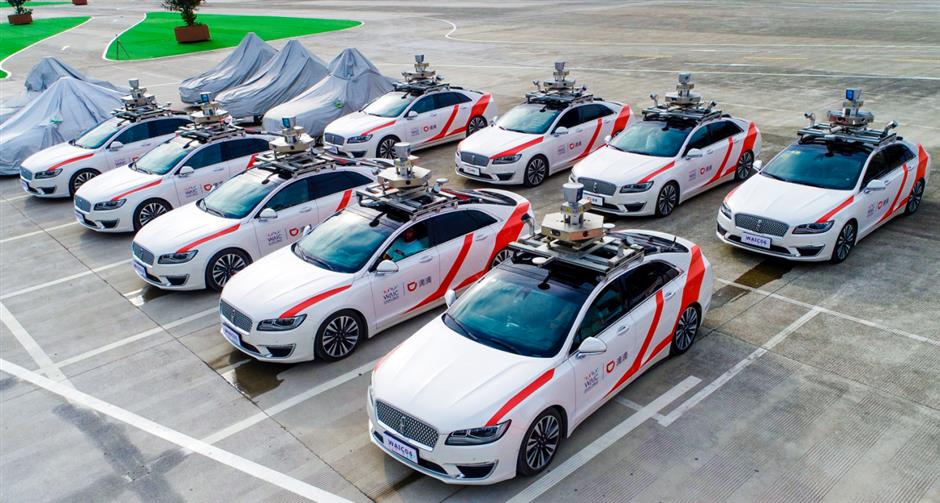 Artificial intelligence is a driving force in ensuring passenger, vehicle and driver safety in driverless vehicles.

Passengers will be able to hail autonomous driving vehicles "in the near future" and Didi will speed up test driving of autonomous cars with passengers onboard in Shanghai, said Cheng Wei, Didi's CEO.

Artificial intelligence has been a driving force for its security measures to ensure passenger, vehicle and driver safety, he noted.

In the first half, traffic accidents for vehicles operating on Didi's platform were 15 percent lower than a year earlier after various of measures to step up traffic safety.

Didi is showcasing pilotless taxi hailing with its autonomous driving fleet on a closed track at the WAIC.

Passengers will be able to hail self-driving vehicles from its app in a pilot taxi service in Shanghai's Jiading District.

“Working with our auto-industry partners, Didi has the potential to become the first business to realize a large-scale pilotless taxi service in China,” said Zhang Bo, chief technology officer of Didi and CEO of Didi’s autonomous driving company.

Artificial intelligence capabilities have been helping to detect whether drivers are fatigue after long hours of driving, and also offer tailor-made reports to improve safety based on each driver's different habits.

"The application of AI technologies in the transportation area would greatly reduce the fatality and accident rate in the long run," Cheng Wei told an industry forum during the WAIC.

"But we still urge passengers to put on safety belts to reduce casualties in case of accidents despite progress in AI technologies," he added.

A latest version of Banma Network's in-car operation system is on display at the Shanghai World Expo Exhibition and Convention Center which allows facial recognition of drivers, augmented reality mapping and navigation, robotic assistance and car chat to allow car owners to send voice or text from voice-assistant-enabled steering wheels.

Some of the functions have been deployed on the newly launched Roewe RX5 MAX model and will also be put in other vehicle brands.

Alibaba's YunOS has already been used in SAIC models as well as car brands such as Chang'an Ford, Skoda, Qoros and Baojun. 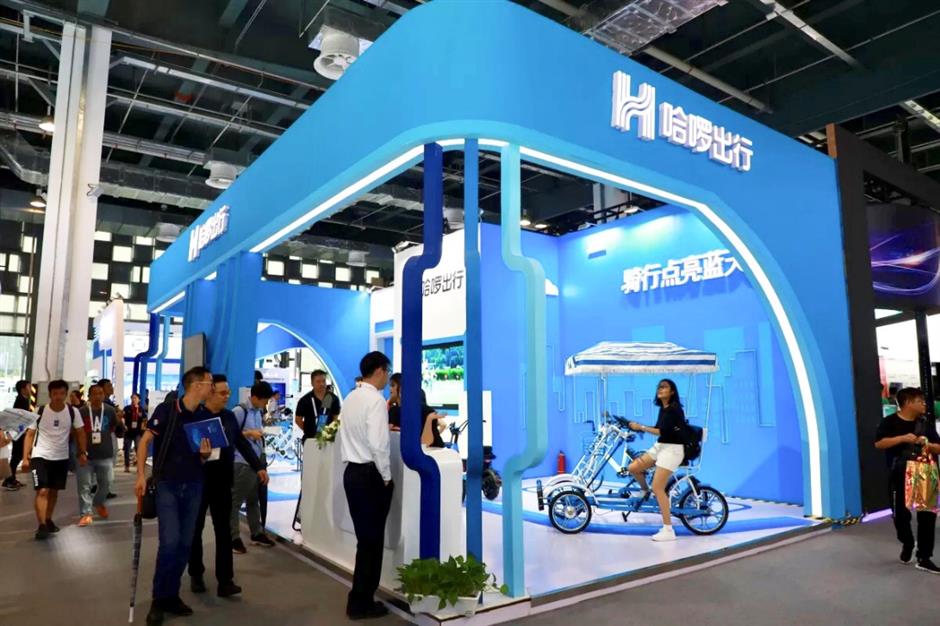 Hello Bike is showcasing how urban transport management is powered by artificial intelligence.

It's also using AI to dispatch bikes and operation and maintenance staff to areas where more bikes are needed during peak hours.