Robots at work and play during CIIE

FORPHEUS, a robot with sensing technology, will be in display at Japanese firm Omron's booth during the expo.

The technologies behind robots cover human-computer fusion, sensing, 3D printing and voice recognition and interaction, according to exhibitors.

FORPHEUS, a robot with sensing technology, will be showcased at the booth of Japan's Omron during the event.

It can calculate and predict the position of a ball at a high speed, accurately capturing its movement and angle and “reading” information on the player, ball and racket.

Omron aims to demonstrate its vision of "harmony between man and machine."

Roboy, a 3D-printed humanoid, will be showcased at Infineon's booth. The German chip firm offers various chips and sensors as essential parts of the robot, such as voice-recognition speakers and laser sensors, which help the robot evaluate its environment and adjust its steps.

Roboy can hug visitors, ride a bicycle and sell ice cream. By next year, Roboy can be used to make basic medical judgments, the company said, using Infineon sensors.

Cheetah GreetBot, a robot to greet and guide visitors, will be at work during forums including the 2019 Intelligent Technology and Industry Forum for International Cooperation.

Fu Sheng, Cheetah Mobile’s chairman and CEO, will give a speech on robot development at the technology forum, along with executives from Baidu, Huawei, SAP and Synopsys. 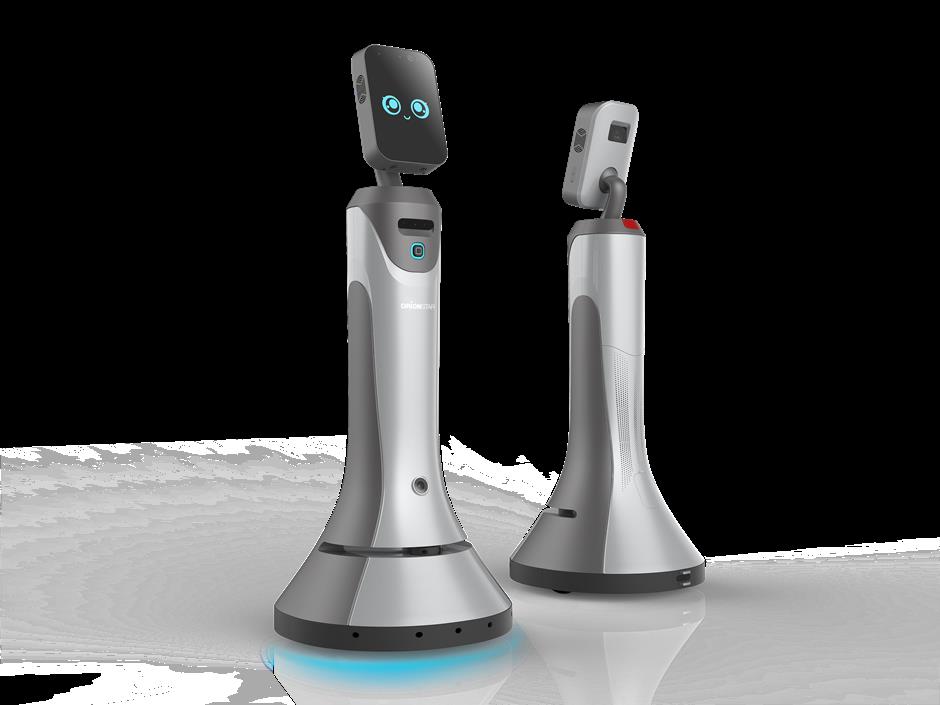 Cheetah GreetBot, a robot for greeting and guiding visitors, will be at work during for CIIE forums.