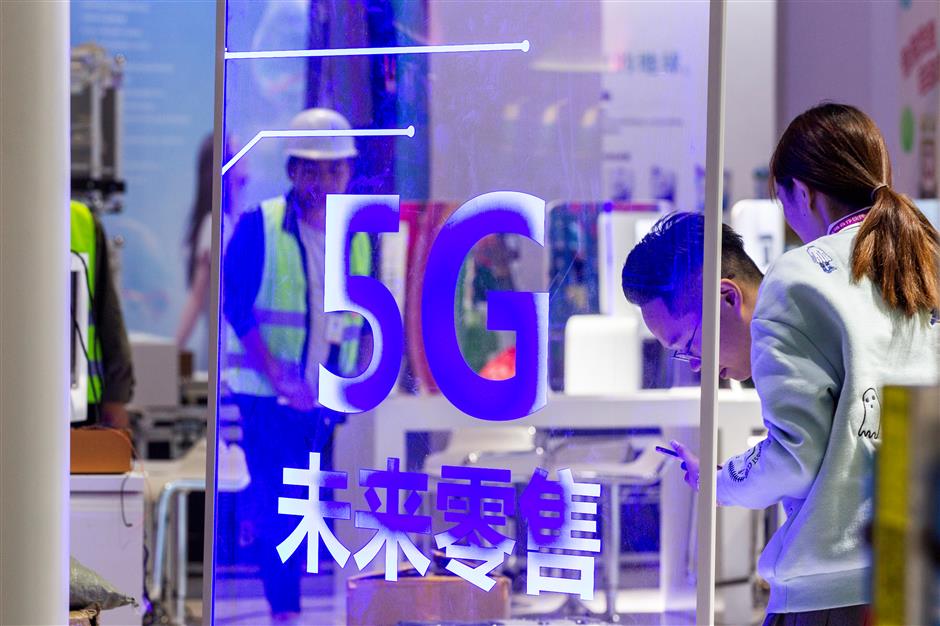 Singing, dancing and even having a face-to-face conversation with your favorite singer -- can you imagine such a thing taking place in your own living room?

With holographic projection technologies powered by 5G, Nokia, a Finnish telecommunications conglomerate, is making this dreamlike scenario a reality at the ongoing second China International Import Expo held in Shanghai from Nov. 5 to 10.

At the Nokia booth, visitors can enjoy a real-time music show of a band that is 66 km away thanks to holographic projection technologies and live 5G networks.

5G networks provide a transmission rate of more than 200 Mbps, which can overcome the limitations of distance with the support of mature digital technologies, according to the company.

Besides entertainment, Nokia also demonstrates the future of transportation at the expo. Thanks to the data transmission with extremely low latency provided by 5G networks, drivers can control the remote vehicles in real time by receiving multi-directional high definition videos captured from cameras mounted on the vehicles, the company said.

Qualcomm, a U.S. technology and chip giant, is showcasing its solid technology foundation for 5G applications in the fields of smartphones, virtual reality and automobiles at the expo.

The company is demonstrating a series of 5G smartphones launched jointly with Chinese companies including Huawei, Xiaomi and ZTE at its booth, allowing visitors to experience 5G services.

"The mobile communications industry is essentially a global industry. Qualcomm will stick to its win-win strategy and enter the global market with its Chinese partners, which is why the company is actively participating in the expo and closely cooperating with the Chinese industrial chain," said Meng Pu, chairman of Qualcomm China.

"As everybody in the mobile communications industry is aware of, the 5G era has already begun in China," said Kwon Gye-Hyun, president of Samsung Electronics, Greater China region. "We have already launched 5G devices in China to bring our own contributions and are speeding up the realization of 5G-based smart evolution."

In June, China granted 5G licenses for commercial use, marking the beginning of a new era in the country's telecom industry. More than 10,000 5G base stations will have been built in Beijing by the end of the year, according to the municipal telecom authorities.