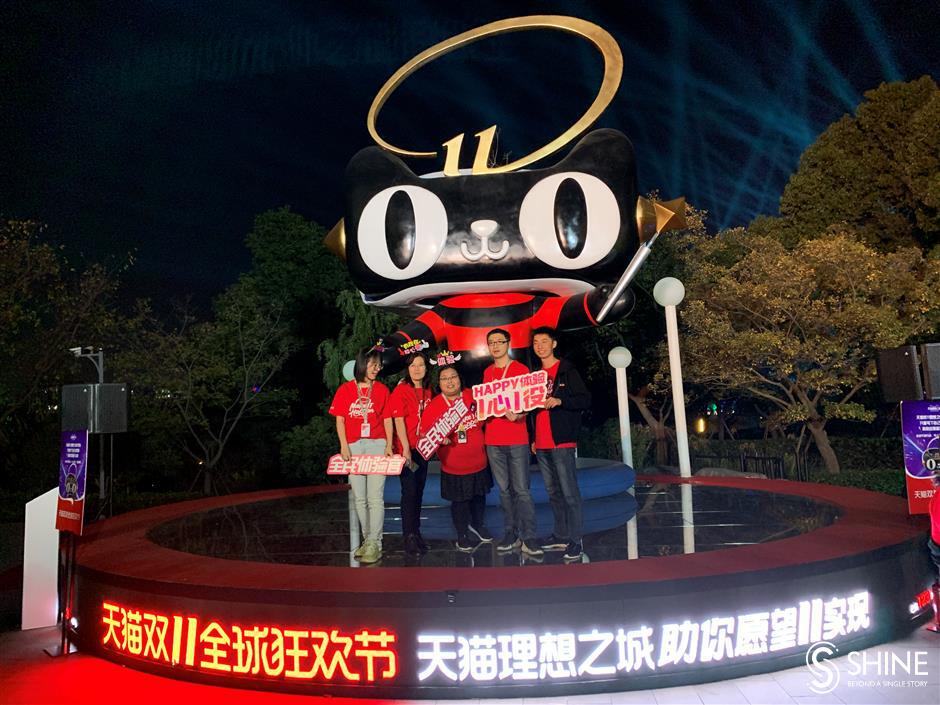 China's online sales showed their resilience in a vibrant market on Monday's Singles Day, a shopping event entering its second decade, with traders still adding up their figures.

As of 4:31pm on Monday, transactions on Tmall had surpassed the 213.5 billion yuan figure for the whole day last year.

The first Singles Day, staged by Alibaba in 2009, racked up sales of US$7.8 million.

It has since evolved into a major shopping event.

As many as a billion orders had been generated through Alibaba's Cainiao Network as of 4:33pm.

As of 2:37pm, combined sales at JD were 179.4 billion yuan, which launched its Singles Day sales on November 1.

Gross merchandising volume generated through live-streaming drove home decoration and consumer electronics categories on Tmall to quadruple growth by 10am.

More than 100 million orders had been dispatched as of 8am and imported orders on Tmall through domestic bonded warehouse exceeded 10 million before 9am.

eMarketer expects China's online retail sales to grow 27.3 percent to US$1.935 trillion this year in the largest e-commerce market in the world, three times the size of the US e-commerce market.

China has a 54.7 percent share of the world’s e-commerce sales, while the US has just 16.6 percent.

Last year's sales of 213.5 billion yuan were more than double that of Cyber Monday and Black Friday in the US combined.

Singles Day has resonated across Asia to become more than just a domestic phenomenon.

"The sheer scale and excitement in China around Double 11 is spreading across the region and other e-commerce platforms in Asia are looking to China to see how to create these occasions and turn them into entertainment festivals in their own right," Ashish Bhasin, CEO of Dentsu Aegis Network Asia Pacific, told Shanghai Daily.

"Alibaba is clearly standing out in terms of the strength of their data and how they use this to build their brand and develop a stronger customer acquisition process," he said.

The key to success for any brand is to gain insights into shopping behavior and then testing hypotheses and learning quickly, he added, and this works best when it is tapped into local culture and needs.

He said Indonesia, Malaysia, the Philippines, Singapore, Thailand, Vietnam and Myanmar all has huge potential as mobile phone penetration was rising rapidly. India still has the biggest potential thanks to the scale of the mobile commerce population. 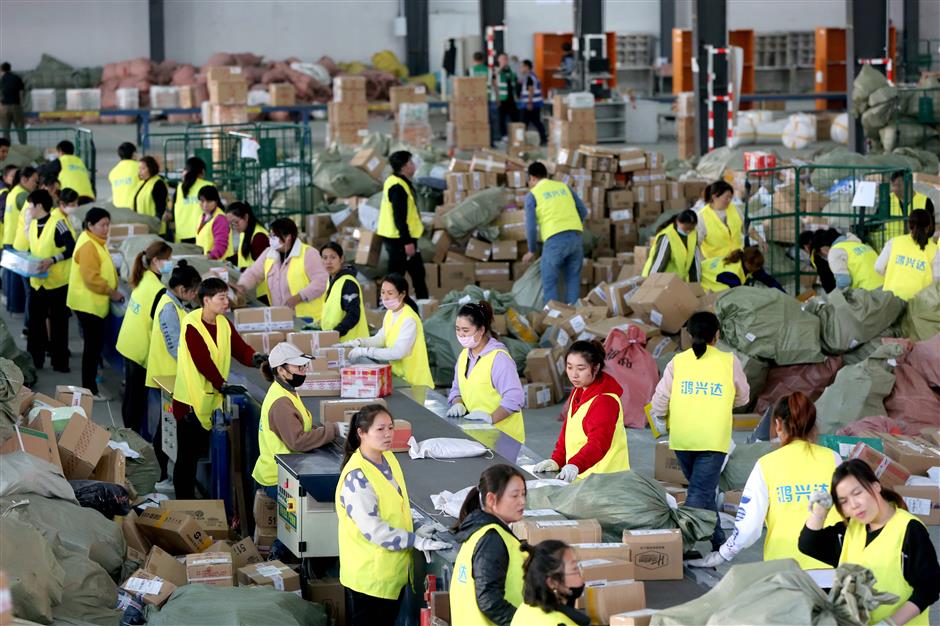 A logistics center at Nanjing, Jiangsu Province, on November 11. 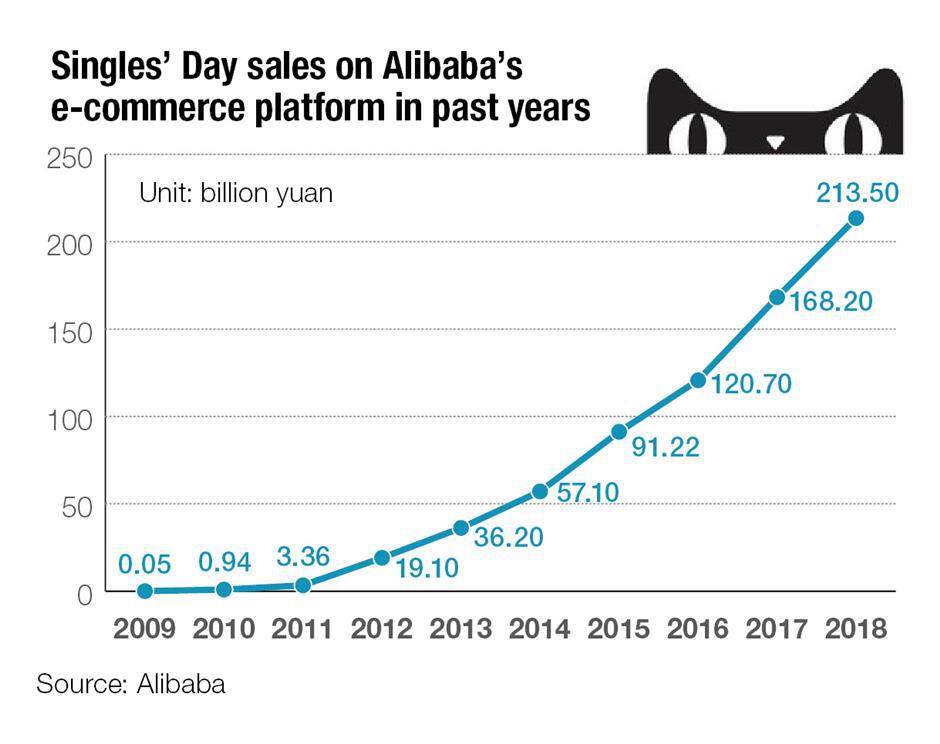 However, Tmall's growth is gradually losing steam, with sales in 2018 posting a 27 percent increase, compared with the close to 50 percent average annual growth rate from 2013.

Consumers may be reluctant to spend on too many things they don't need as they turn a blind eye to online promotions.

Shanghai resident Sherry Dong said she had only bought daily necessities such as infant formula and other home care products this year.

Hu Luwa, who lives in Shenzhen, said: "To make full use of the coupons sometimes it brings even more trouble as I end up buying things that don't suit me at all."

"A key growth engine of this year’s Singles Day is China’s lower-tier cities," she said, pointing out that consumers in tier 3 cities demonstrated a higher “willingness to pay” compared with those in tier 2 cities across different product categories.

This major shift in consumption toward higher ticket items such as health and wellness products and travel means that people in lower-tier cities are increasingly seeking an upgrade in quality of life and experience, and this represents a lucrative opportunity for well-established brands, she said.

Up to 100,000 products made their debut on Singles Day this year and Tmall's goal is to eventually foster 100,000 brands, create 5,000 new products with annual sales of over 100 million yuan in the next three years.