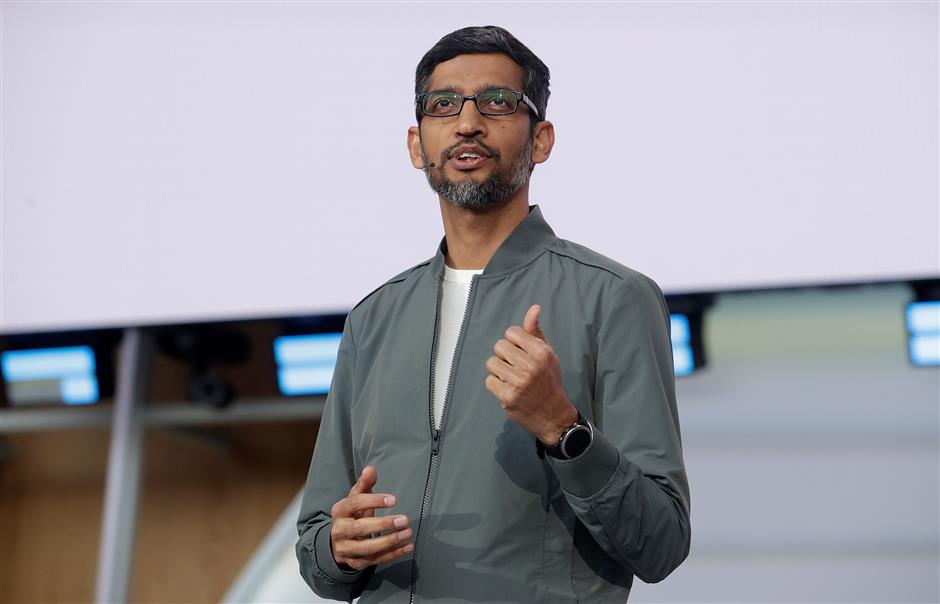 In this May 7, 2019, file photo, Google CEO Sundar Pichai speaks during the keynote address of the Google I/O conference in Mountain View, California.

Google chief executive Sundar Pichai will assume the CEO role at parent firm Alphabet in a shakeup at the top of the Silicon Valley titan, the company said on Tuesday.

Pichai will take over from Larry Page, a co-founder of the Internet firm, at the parent company which includes Google as well as units focusing on "other bets" in areas including self-driving cars and life sciences.

Page and Google co-founder Sergey Brin "will continue their involvement as co-founders, shareholders and members of Alphabet's board of directors," the company said.

Alphabet was formed in 2015, giving a separate identity to the original company Google and other units such as autonomous car unit Waymo and smart cities group Sidewalk Labs.

The 47-year-old Pichai, born in India, takes the helm at a time when Page and Brin have been noticeably absent and the company faces a torrent of controversies relating to its dominant position in the tech world.

Born to humble beginnings in the southern city of Chennai, he studied engineering at the Indian Institute of Technology in Kharagpur before heading to America to further his studies and career.

After leaving India, he attended Stanford University and later studied at the Wharton School at the University of Pennsylvania.