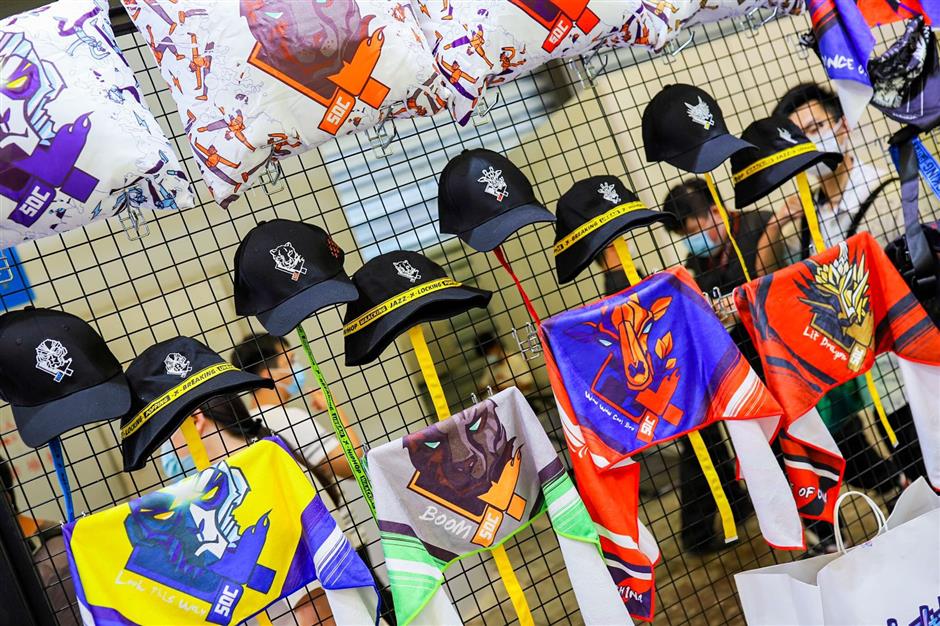 "Street Dance of China" products on display at ChinaJoy.

Video-streaming site Youku expects sales of products related to its "Street Dance of China" variety show and other offline activities to surpass 200 million yuan (US$28 million) this year.

The third season of the show, which has 12 episodes, airs on Saturday nights.

Products will include dolls based on cartoon images of celebrities on the show, along with consumer electronics and apparel.

Other products, including snacks and drinks, are available for delivery.

Offline roadshows, performances and products are estimated to bring about 10 million yuan of income to Youku.

It also plans to release documentaries and feature films featuring dancers and celebrities in cooperation with Alibaba Pictures.

Products from fashion brands such as Burberry and other domestic and overseas brands will be available when the show wraps up later this year.

There are plans for more overseas participants in the show in the next few seasons after delays due to the coronavirus outbreak.

The previous two seasons attracted more than 130 million viewers and more than 60 percent of audience for the third season are new to the show.