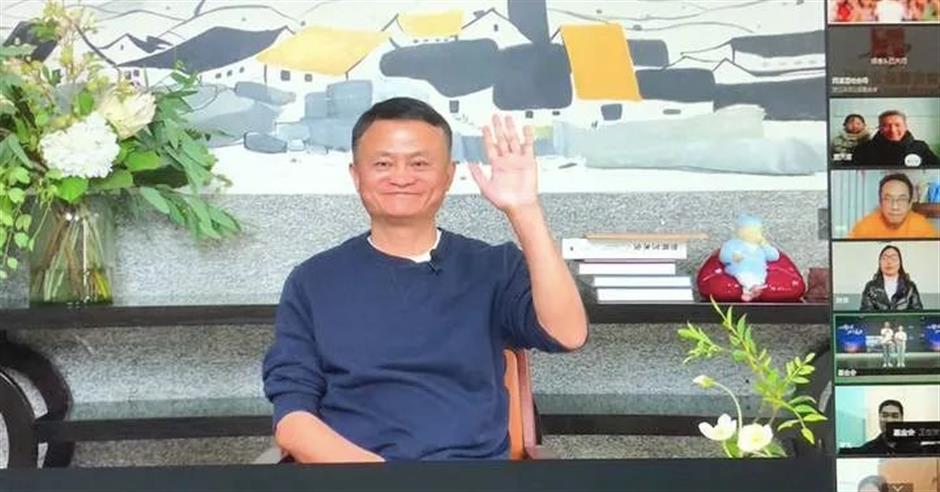 Alibaba's founder Jack Ma has made an appearance for the first time in more than two months in a virtual meeting with rural teachers.

The Jack Ma Foundation has held an award ceremony in Sanya for village teachers on the Laba Festival for the last five years.

The foundation said in a statement that Ma “joined a virtual conference and award ceremony with 100 village teachers.”

In a video message, Ma said: “Our commitment and our tribute to village teachers remains unchanged although we can't meet face to face.

"Although we're scattered in different places, we pay our tribute not only to the award winners but also to as many as 2.9 million village teachers all around the country.

"We'll catch up after the pandemic settles down and I hope to see you then.”

The Hangzhou native, a former English teacher, has retired from everyday management of the Alibaba Group but still remains controller of financial technology giant Ant Group.

Ma said he would be devoting more time to educational causes and charity work when he stepped down as chief executive officer in September in 2019.

Ant Group was told by China’s financial watchdog to ensure its operations were in line with the latest online lending rules and other fintech regulations after its massive IPO was halted in early November.

Beijing also launched an anti-monopoly investigation into the e-commerce and fintech empire last month as part of an accelerating crackdown on monopolistic behaviour online.

Ma is a lifetime partner in the Alibaba Partnership and a member of its partnership committee and remains a popular speaker at public occasions at home and abroad.