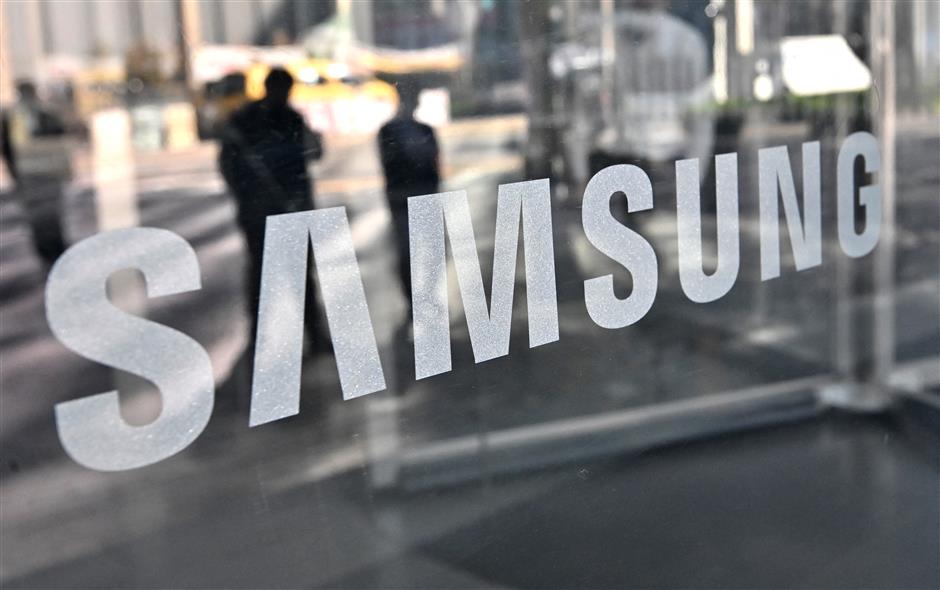 The logo of Samsung Electronics is seen at the company's Seocho building in Seoul.

South Korea's two biggest electronics firms both forecast jumps of around 40 percent in their first-quarter operating profits on Wednesday, with coronavirus-driven working from home fueling global demand for semiconductors and home appliances.

Tech behemoth Samsung Electronics said in an earnings estimate that it expected operating profits of 9.3 trillion won (US$8.3 billion) for January to March, up 44.2 percent from a year earlier, largely driven by robust sales of smartphones and the launch of its flagship Galaxy S21 series.

"Both quarterly revenue and operating profit are the highest in the company's history," it said in a statement.

The Samsung figures were ahead of expectations, said Gloria Tsuen, vice president of Moody's Investors Service, adding that "tight supplies in the semiconductor segment, especially DRAM," among others, had helped the firm's performance.

Analyst forecasts had averaged 8.88 trillion won according to Bloomberg News.

Samsung Electronics is the flagship subsidiary of the giant Samsung group, by far the largest of the family-controlled empires known as chaebols that dominate business in South Korea, the world's 12th-largest economy.

It is crucial to the country's economic health — the conglomerate's overall turnover is equivalent to a fifth of the national gross domestic product.

The coronavirus has wreaked havoc with the world economy, with lockdowns and travel bans imposed around the globe for many months. But the pandemic — which has killed more than 2.8 million people worldwide — has also seen many tech companies boom.

The worldwide move to working from home has seen consumer demand rise for devices powered by Samsung's chips, as well as home appliances such as TVs and washing machines.

Its estimated sales for the period were up 17.5 percent year on year to 65 trillion won.

Analysts say the company has had a particular boost from rolling out its Galaxy S21 series in January, more than a month ahead of the flagship product's usual annual launch schedule.

"Key to the success of this latest flagship has been its lower US$799 starting price," tracker Counterpoint Research said in a report. "Lower cost coupled with trade-in offers that essentially make the S21 device free, is helping increase demand for these 'entry-level' flagships."

Samsung shares were up 0.23 percent in morning trade in Seoul.