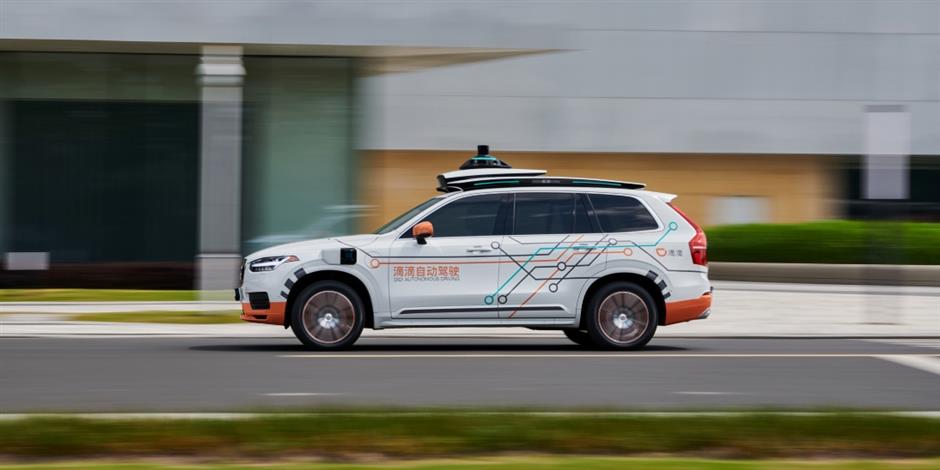 Domestic tech giants are flexing their muscles with their latest autonomous driving offerings and technologies at this year's Shanghai auto show as innovation became one of the highlights at the exhibition.

The Apollo Navigation Pilot will cover 20 domestic cities by the end of this year, Li said at Auto Shanghai 2021 as the company pushes up commercialization efforts.

He expects the system to be pre-installed on 1 million vehicles over the next three to five years.

Baidu's Apollo Automated Valet Parking embedded in the Weltmeister W6 model was showcased at the Auto Shanghai which started on Monday.

Ride-hailing platform DiDi also announced its latest partnership on Monday — with Volvo to expand its test-driving fleet based on its self-driving hardware platform.

Volvo will provide DiDi with its XC90 models which are equipped with necessary backup systems for functions such as steering and braking.

Volvo's XC90 will be the first model to integrate with DiDi Autonomous Driving's new  hardware platform and will be used for ride-hailing on DiDi’s network.

DiDi used Volvo's XC60s in Shanghai’s first pilot robotaxi program last year, when DiDi trips could be booked with the ride being monitored by a safety driver and engineer.

The built-in backup systems and safety features on the XC90s will be combined with DiDi Autonomous Driving’s self-driving system to allow the cars to operate without safety drivers in robotaxi services.

Volvo and DiDi Autonomous Driving seek to build a long-term partnership as DiDi continues to expand its autonomous test fleets in China and the US to scale up its commercial robotaxi operations.