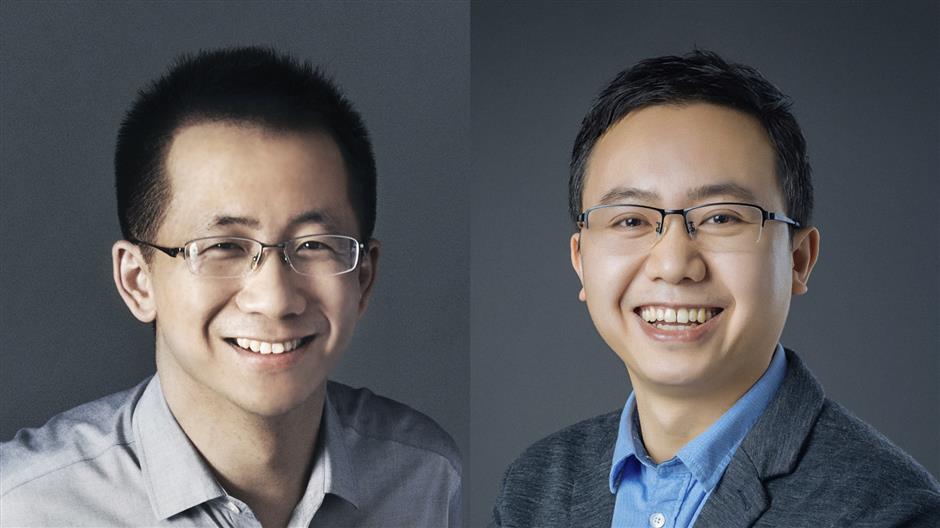 Zhang Yiming, co-founder of TikTok and Douyin’s parent company ByteDance, told employees of the Chinese technology giant in a memo that he will step down as chief executive and be replaced by co-founder Rubo Liang, the company announced on Thursday.

The move is the latest executive shuffle among Chinese tech industry leaders, following Pingduoduo CEO Huang Zheng's announcement that he is stepping down in March and Alibaba’s Jack Ma resigning in 2019.

The company grew to become a dominant social media force in China and turned TikTok, a short-video app popular with teenagers, into a global sensation.

After several months of thinking, Zhang came to the conclusion that transitioning out of the role of CEO, with all of the related day-to-day responsibilities, would enable him to have greater impact on longer-term initiatives, he said in the memo.

“With our business growing well, it's time to think about how to not simply scale, but make innovative, meaningful, long-term progress towards our mission to ‘Inspire Creativity, Enrich Life’,” Zhang said.

Zhang wrote in the memo that Liang, whose most recent role at ByteDance was head of human resources, has been "an invaluable partner," advancing the company's technology and hiring and managing people. He added that he would work with Liang over the next six months to ensure a smooth transition.

Born in 1983, Liang is the co-founder and global CEO of ByteDance. He co-founded the company with Zhang in 2012. Liang has had a number of critical roles within ByteDance, including managers of research & development and product development.

Prior to ByteDance, Liang co-founded his first company 99fang, a real estate search portal, in 2009. He graduated from Nankai University in 2005, majoring in software engineering.

Zhang's decision to step down comes less than a month after ByteDance named its chief financial officer Shouzi Chew as CEO of TikTok.

Former United States President Donald Trump's administration sought to force ByteDance to divest control of the app. A US plan to sell TikTok's American operations to a consortium that included Oracle and Walmart languished, however, after ByteDance launched successful legal challenges.