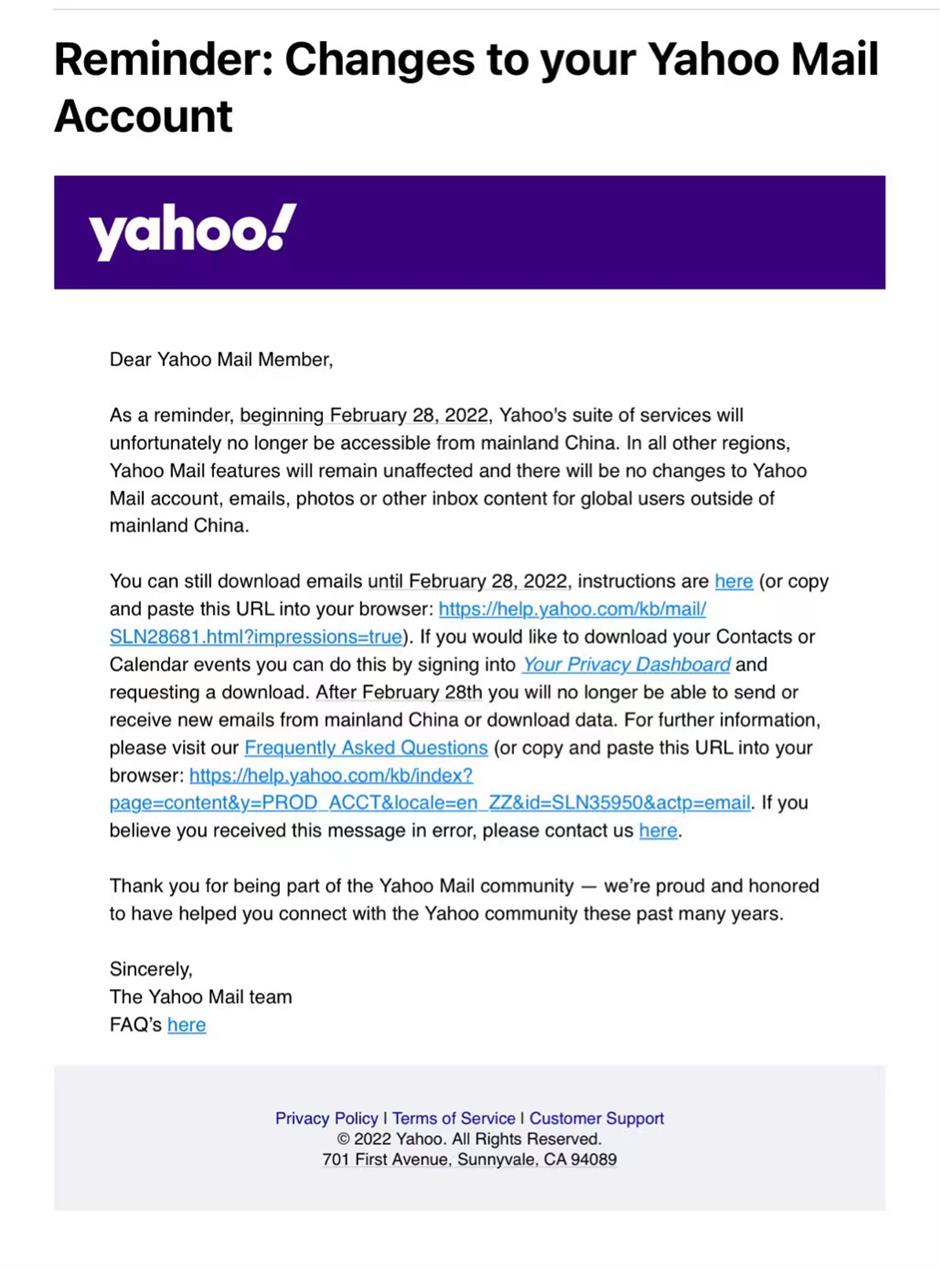 Yahoo announced last November that users wouldn't be able to use its products from Chinese mainland except for a small number of services such as e-mail.

Yahoo has prompted users to back up e-mail data and contact information, as Chinese mainland users will no longer be able to access its e-mail service beginning in March.

In recognition of the increasingly challenging legal environment in China, including new privacy regulations, Yahoo services will no longer be accessible from Chinese mainland, the company said in an e-mail notice to Yahoo users.

Those who have linked their Yahoo e-mail accounts to other payment services should change the verification e-mail to ensure they have access to third-party services.

A notification from PayPal says that if a user's account has a Yahoo mailbox, the e-mail address should be changed as soon as possible.

Yahoo announced last November that users wouldn't be able to use its products from the Chinese mainland except for a small number of services such as e-mail.

The China Yahoo website was launched in 1999 and acquired by Alibaba Group in August 2005.