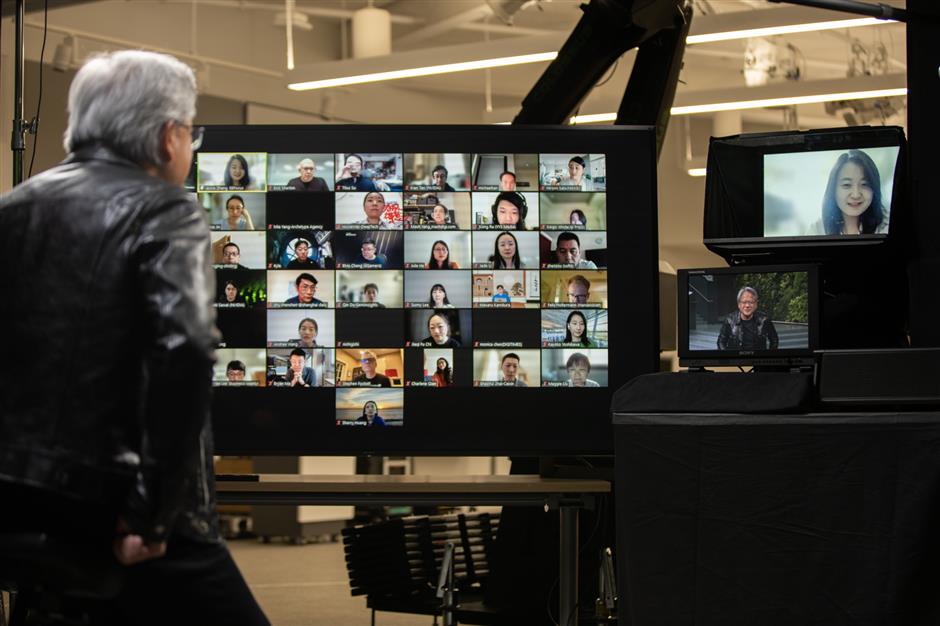 Despite short-term price and supply issues, NVIDIA Corp's chief executive, Jensen Huang, predicted that market demand would continue to expand in China and around the world in an online interview on Friday.

According to the chip giant, which just announced a record-high revenue, growing needs for working from home, gaming, artificial intelligence, and social media are forecast.

NVIDIA announced first-quarter sales of US$8.3 billion on Wednesday, up 46 percent from a year ago. The company's greatest revenue source, gaming, increased by 31 percent to US$3.6 billion in revenue.

However, it forecasted a drop of around US$500 million in the second quarter due to Russia-related concerns and China's COVID-19 lockdowns.

Pandemic lockdowns impact "all tech industry businesses' supply chains." On the other hand, Huang is aware of how important safety is and thinks that "demand and supply will soon start up again."

NVIDIA has restarted operations in Shenzhen, China, where it employs a large number of people and has production facilities. Shanghai will eventually return to normal, according to the company.

The demand for NVIDIA graphics cards has slowed as a result of the epidemic, but it has helped to stabilize the quantity of supply in the channel, providing consumers with excellent prices.

Prices for gaming graphics cards have dropped from last year's exorbitant levels when cards were frequently three times their manufacturer's suggested retail price or MSRP. Prices for the RTX 3060 and 3070 on merchant JD.com are close to the MSRP price from Friday.

Huang says that long-term demand is unlikely to go down because of things like a rise in orders for desktop and high-end laptop computers from people who work from home. 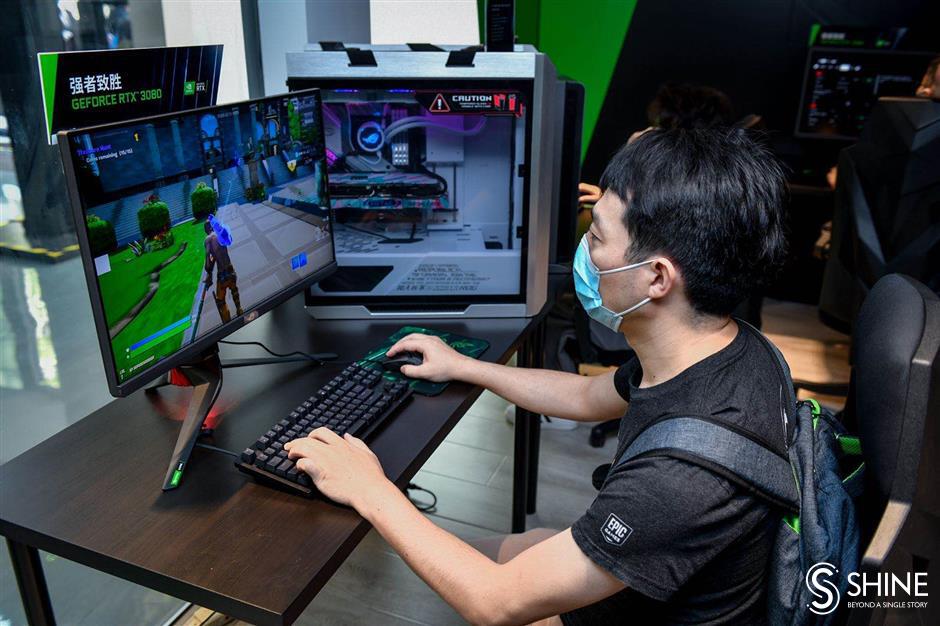 A visitor plays a game on a RTX computer in an exhibition held in Shanghai last year.

The demand for video games and digital entertainment continues to rise. More than 100 million new players have joined the game in the last two years, bringing the overall number of game users to 3.4 billion by 2024. According to studies, China has around 410 million eSports users, representing one-third of the country's population.

NVIDIA announced during the COMPUTEX show in Taiwan this week that there are over 250 RTX games and applications available now, which is double the number from a year ago.

The RTX or ray tracing and new AI-powered super sampling DLSS technologies are used in gaming, creation, avatars, and even developing virtual metaverse environments since they employ artificial intelligence to imitate ray tracing, the color of reflections, and shadows.

Other chip companies, like AMD and Intel, are making progress in the graphic chip and card markets and releasing new products at COMPUTEX.

Market demand is also fueled by social media users and influencers. "Almost everyone is a creative artist" now, Huang added, thanks to computers and AI technologies like RTX.