Rock and Symphony, the two very different music forms, will sing together tonight at 2017 MISA, in the hands of Tan Dun who has always been looking for new possibilities in music. The Chinese composer and conductor will be joined by Chinese rock band Hanggai and Shanghai Symphony Orchestra.

“Symphonic rock is a complete new art form which we have been working on for 2-3 years,” said Tan Dun, “We want it to be a conversation and comparison between the two music types, rather than having one serving the other.”

Audiences will hear both the orchestra and the rock band collaborating in Hanggai’s hits like The Rising Sun, Horse of Colors and The Beautiful Prairie, My Sweet Home as well as Tan Dun’s Contrabass Concerto Wolf Totem and Passacaglia: Secret of Wind and Birds.

The concert will also premiere “Shanghai Semiconductor Receiver”, which tells the story of people on the prairie first heard the outside world through the Shanghai-made semiconductor receiver in the 1960s.

A semiconductor receiver will be put in the center of the stage, playing famous Shanghai singer Zhou Xuan’s “White Light”, while the Orchestra and Hanggai will join in, taking audiences from the old-time to the 21st century prairie and Shanghai.

Rock, in Tan’s view, has always been a pioneer in music that directly dialogues with the society, challenges what is going on and triggers on changes; while classic music has more often played a role of tradition guardian in the recent dozens of years, which he does not appreciate much.

“Many classic musicians today lock themselves in the museum, enjoying only presenting the traditional classics. They seemed to forget that a lot of great classic composers were great as they had embraced strong ‘rock spirit’ in their creation. They talked with the society in music, such as Beethoven and Stravinsky,” said Tan, “With the spirit, I believe that there are ground for conversations between rock and classic no matter how different they seem to be.”

According to Tan, he has not been the only musician trying to make the two music types working together. Yet, it is technically very difficult as both symphony and rock have distinctive aesthetic features and presenting skills.

It took Tan and his team much effort to balance the sounds from the whole orchestra and that of the rock band through audio equipment, so that each can enjoy independent sound fields, yet still sound harmoniously together.

And it also took the musicians of Hanggai quite a time to get used to playing with a symphony conductor.

“Rock music is an art of star just like the Peking Opera. The band follows the leading star in live presentation. Yet, a symphony orchestra majorly follows the conductor. We merge the two types of collaboration methods together. The musicians should listen to the star while following the conductor when playing,” said Tan. 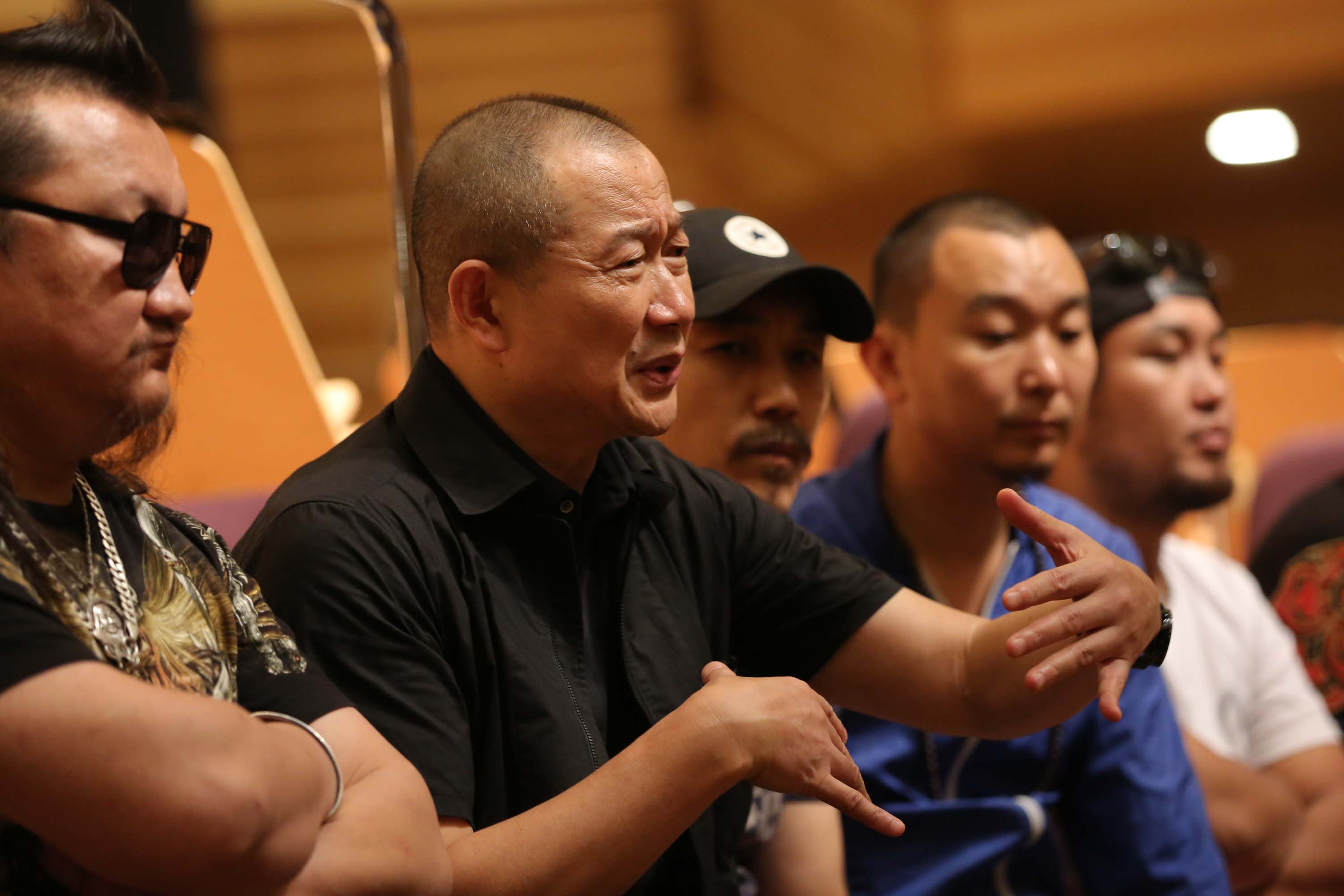 Recently awarded Venice Biennale’s Golden Lion Award for Life time Achievement, the world-renowned artist and UNESCO Global Goodwhill Ambassador Tan Dun had made an indelible mark on the world’s music scene with a creative repertoire that spans the boundaries of classical music, multimedia performance, and Eastern and Western traditions. A winner of today’s most prestigious honors like Grammy Award, Grawemeyer Award, Bach Prize and Shostakovich Award, Tan Dun’s music has been played throughout the world by leading orchestras, opera houses, international festivals and on the radio and television.

Formed in 2004, Hanggai taps deeply in to the roots of Mongolian folk music while blending it with contemporary styles of rock to produce a wholly original, otherworldly sound. Composed of seven musicians, Hanggai perform on a variety of traditional instruments – from the tobshuur (s two-stringed banjo) to morin khuur (horse’s fiddle) – alongside Western drum sets and electric guitars. All of the lyrics are sung in Mongolian, many using the distinctive vocal tenique of two-tone throat singing. Layered with electric guitars riffs, Programed beats, and even banjos, these ancient songs and sounds become an exuberant concert performance unlike any other.

The band has travelled to over 40 countries around the world and played for audiences in over 200 performances.