Ningbo Oriental Art Co Ltd sets a good example of corporate contribution. The company obtained a government-backed loan of 4 million yuan (US$629,941) in 2016 from the Agricultural Bank of China’s Ningbo branch to boost its business.

“We used the loan to improve our production of artworks highlighted by wooden Buddha statues and lacquerwares and also to expand our marketing channels,” said the art company’s founder Huang Cailiang.

Thanks to the financial support, the company’s artworks are now exported to Japan and Southeast Asian countries.

The bank has set up an outlet specialized in serving those cultural creativity clients, the first of its kind in the city, to echo the government’s “cultural city” vision. Its loan service to the cultural sector became a highlight during the four-day 2018 China (Ningbo) Cultural Industries Fair held last month.

The fair, which has been held in Ningbo annually since 2016 as a platform to promote worldwide cultural cooperation, saw around 1,500 exhibitors from over 30 countries in Europe and Southeast Asia. It also attracted around 557,000 visitors and contracts were signed to the tune of over 7 billion yuan during the four days. 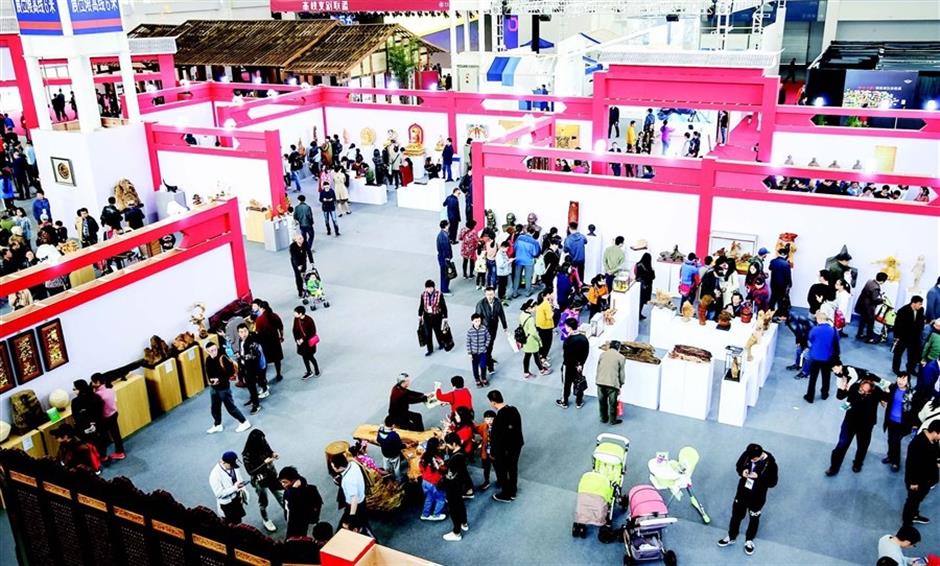 Thanks to the event, Ningbo’s cultural development increased and more cultural companies registered.

“The annual growth of cultural industry’s added value in Ningbo reached 14.6 percent from 2011 to 2015 and its added value accounted for 7.3 percent of the city’s GDP in 2017,” said Ningbo Vice Mayor Xu Yanan.

Over 3,000 cultural companies have registered in Ningbo in the last three years, 500 of which are big companies with a registered capital of over 10 million yuan each, according to Zhang Wenjie, deputy head of the Publicity Department of the Communist Party of China Ningbo Committee.

As one of the first cities approved by the Ministry of Culture and Tourism to pilot cultural consumption in China, Ningbo is a big cultural market waiting to be developed.

The city therefore is coordinating its available resources to boost cultural industry by providing financial support, linking cultural service with the local manufacturing industry and developing cultural business on the Internet.

Ningbo is trying to give financial support to cultural companies by helping them get loans of up to 5 million yuan from Ningbo’s cultural creativity branch of Agricultural Bank of China.

“We were afraid to serve loans to cultural companies as it is hard to evaluate the risk and revenue of cultural products such as films, but when the government guarantees the loan, our worry about defaulting on loans is eradicated,” said Chen Yurong with the Agricultural Bank of China’s Ningbo branch, who also added that 18 cultural companies received 33.6 million yuan loans from the branch since 2016.

Ningbo’s cultural companies can also receive up to 1.2 million yuan of subsidiary from the local government when listed in the Ningbo Equity Exchange, a local financing platform. 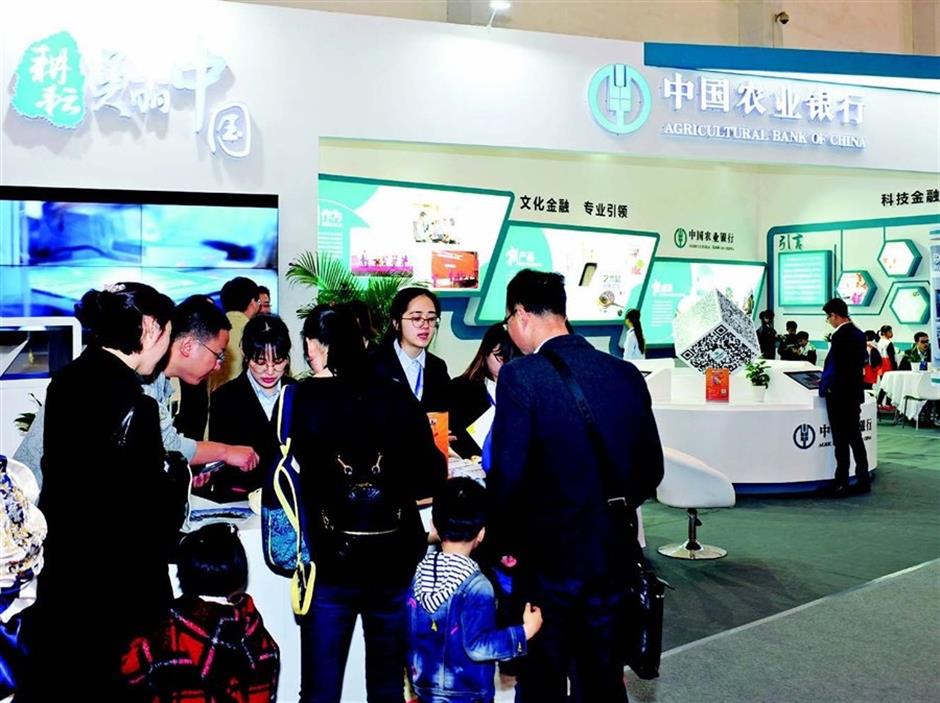 The Agricultural Bank of China’s employees explain the loan service to the cultural sector to the visitors at the fair.

As the first city to pilot the “Made in China 2025” project, Ningbo is a leader in manufacturing resources and the city is linking cultural and manufacturing companies to boost business.

ZBJ.COM International Creative Park was established in 2016 in Cixi, one of the biggest manufacturing centers in China. The park is now a cluster of 34 cultural companies that provide creative designs to manufacturers of home appliances in Zhejiang Province. According to Zhu Keqiang, general manager of the park, Ningbo’s manufacturers are in sore need of creative designs to enhance the competitiveness of their products.

Yong Pai, a local mobile phone news app, is cooperating with bookstores and museums to develop an online cultural consumption platform to provide people with information on activities and products.

“By the end of last year, there were over 500 companies and organizations registered on our app to provide services for our users,” said Katie Wu, director of the mobile department in Ningbo Yong Pai Media Co Ltd.

Wu said such an online cultural platform is expected to generate an annual advertising revenue of 4 million yuan for their company.