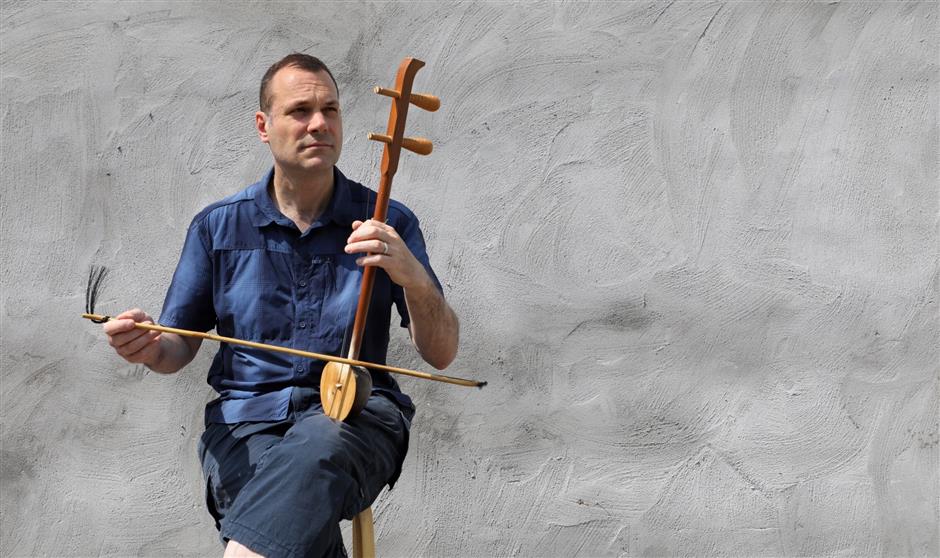 Having long been fascinated by Chinese folk music, Canadian musician Jeremy Moyer loves to play traditional Chinese instruments. He has just released an album featuring mainly the erhu (二胡), the Chinese fiddle, and the qinqin (秦琴), a plucked lute.

“On this album I wanted to explore the sonorities of Chinese instruments and folk music traditions while digging deeply into my own personal musical story,” he says.

Compared with these albums, “Chinese Bicycle Stories” represents something of a breakthrough for Moyer. He managed to create original music yet with strong traditional Chinese traits.

He says the album took years in the making. Many of the pieces were written 15 to 20 years ago. Some were influenced by different styles of traditional Chinese music, as well as his own experiences. 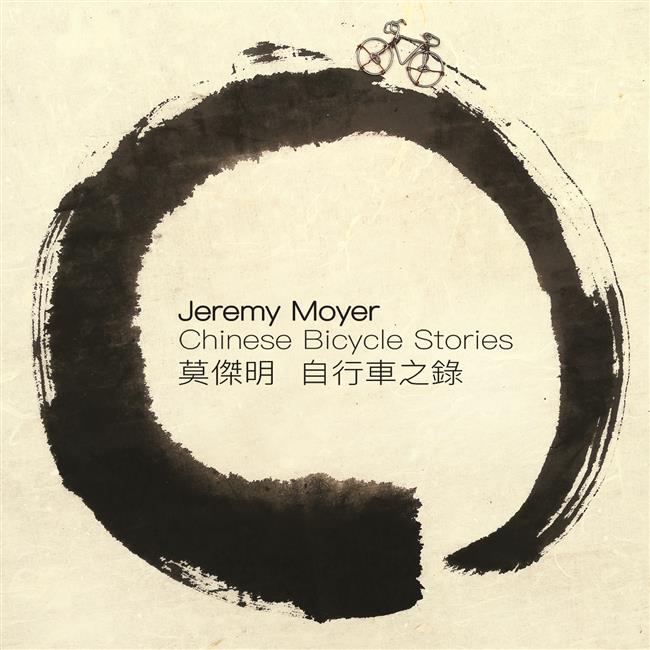 The track “Suzhou Embroidery” was inspired by Pingtan, a musical and storytelling performance that originated around Suzhou, while “Piggy Fights the Scary Monsters” was influenced by Cantonese folk music, but Moyer’s treatment has made them sound totally original.

The album was the first time Moyer has used the qinqin. The instrument once prevailed in Chinese folk music, especially in southern China. Moyer’s love of the instrument, however, started in southwest Yunnan Province.

In 2009, when Moyer was traveling in Dali, he stopped at a local barbershop where various types of musical instruments were hanging on the wall. The barber, Chen Baoguo, introduced him to the qinqin — a carefully crafted piece incorporating goat skin.

“This particular instrument had been rebuilt by the barber, fitted with a pentatonic fret system, a beautiful set of musical limitations and possibilities,” he says. “It is one of its kind.”

Moyer played the qinqin for an hour and fell in love with its tones, so he said yes when Chen asked if he would like to buy it because Chen was getting older and would not be playing much anymore. Since then this particular instrument has been with Moyer and made a significant contribution to his new album.

“The three-string instrument was relatively simple to play, and it gives me a framework that I can compose melodies on, and with it I learn more about how Chinese melodies work,” he says.

“Chinese Bicycle Stories” was warmly welcomed in China. Listeners appreciated the creativity of combining Chinese folk music with other forms of music and making them go so well together.

“But some people back in Canada, who had no contact with Chinese music before, would think, ‘Oh it’s typical Chinese music,’ and I had to tell them, ‘No, it’s actually not Chinese music’,” he says with a laugh. 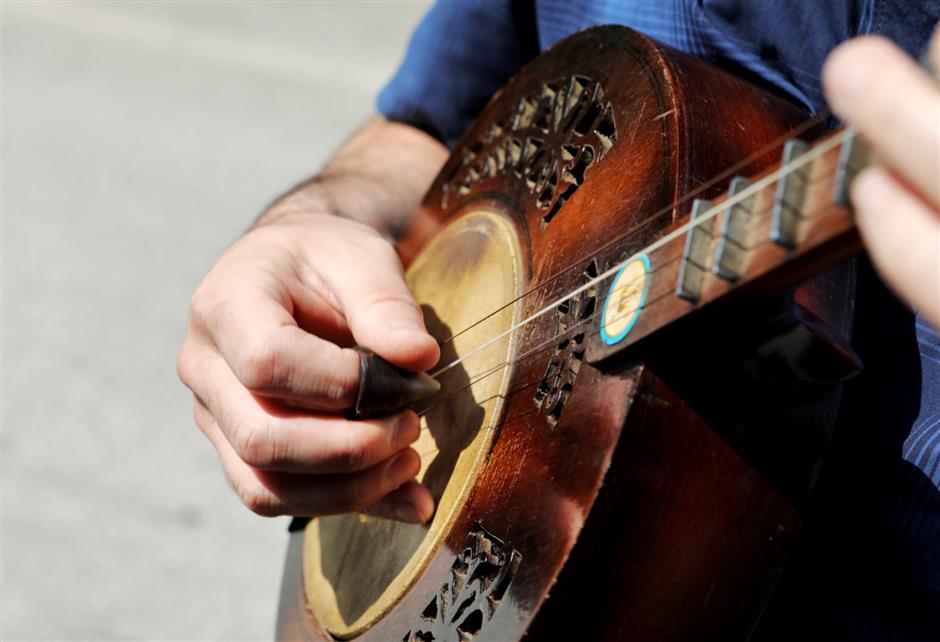 Moyer fell in love with the qinqin (秦琴), a plucked lute, during his travel in Yunnan Province.

Moyer, who was born in Waterloo, Ontario, had his first contact with Chinese folk music in the mid-1990s when he was living in Taiwan. He learned to play the erhu with a local teacher. After that, through playing the traditional Taiwan coconut shell fiddle, Moyer found a brand-new world of folk songs, folk opera tunes and ancient court and religious music.

His pursuit of Chinese folk music continued when he moved to Shanghai in 2004. In a 2007 interview with Shanghai Daily, Moyer said he was collecting Chinese farm songs in Qingpu District’s Zhujiajiao watertown. However, he later found that he would have had to go to other provinces to dig deeper into the project. But the experience inspired him in his later works.

Moyer moved to Songjiang District, where he currently lives and works at the Lycee Francais de Shanghai, being a music teacher at the middle school and a class teacher at the primary school.

“I sometimes introduce Chinese folk music to my students, and to be honest, children would find every type of music interesting if you teach in a correct way,” he says.

Over the past decade, Moyer feels that people have become more open-minded about traditional Chinese music.

“For example, previously people would think that only one way of playing the erhu is the good way, and others are all bad, but now they don’t think like that anymore,” he says. “People are seeking new ways to play the instruments and create new music for them, and there are many online discussions about it.

“In Shanghai, people have more opportunities to access different styles of music from all over the world than 10 years ago, which is a good development for the culture here,” he adds.