When the booming bronze culture was shining over northern China during the pre-Qin Dynasty (221-207 BC) period, the earliest forms of porcelain were taking shape across the southern parts of the country.

The Southern Song Dynasty (1127-1279) Imperial Kiln Museum is hosting an exhibition of these vessels through February 27 to show how this area eventually arose as a ceramics superpower.

For millennia, southeastern China has been at the center of pottery and ceramics art and production. As early as the Xia Dynasty (21st century-16th century BC), yinwentao were churned out on a large scale for both daily use and ritual purposes.

The production practices of that time paved the way for the creation of more complex porcelain in later centuries. 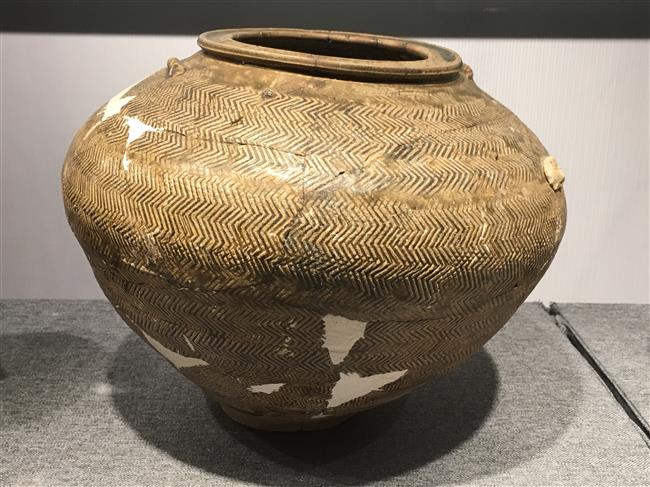 A piece of yinwentao imprinted with symmetric patterns

The majority of yinwentao feature simple designs and were mainly used as containers. Due to undeveloped firing techniques, the surface layer was too thin to take on a smooth finish.

These potteries imitated the design of bronze vessels, which spread around the same time. A ceramic bianzhong (编钟) at the exhibition is a typical example. They have survived many centuries with little decay.

Bianzhong, consisting of a set of bronze bells, dominated ritual music of the era. These bells were used as polyphonic musical instruments. They were hung in a frame and struck with a mallet.

Historians see the instrument as the origin of traditional Chinese music. Its use was restricted to ritual music in the imperial court.

The status of bianzhong was unchallenged in ancient Chinese music for millennia.

The bianzhong on display could date to the Warring States Period (475-221 BC). It proved that in ancient southern China, people had already used ceramic items to replace traditional bronze ones in rituals.

Bianzhong was the epitome of ceremony and ritual during the pre-Qin Dynasty period. People of the time fired a large number of crockery containers to worship, celebrate and hold rituals. 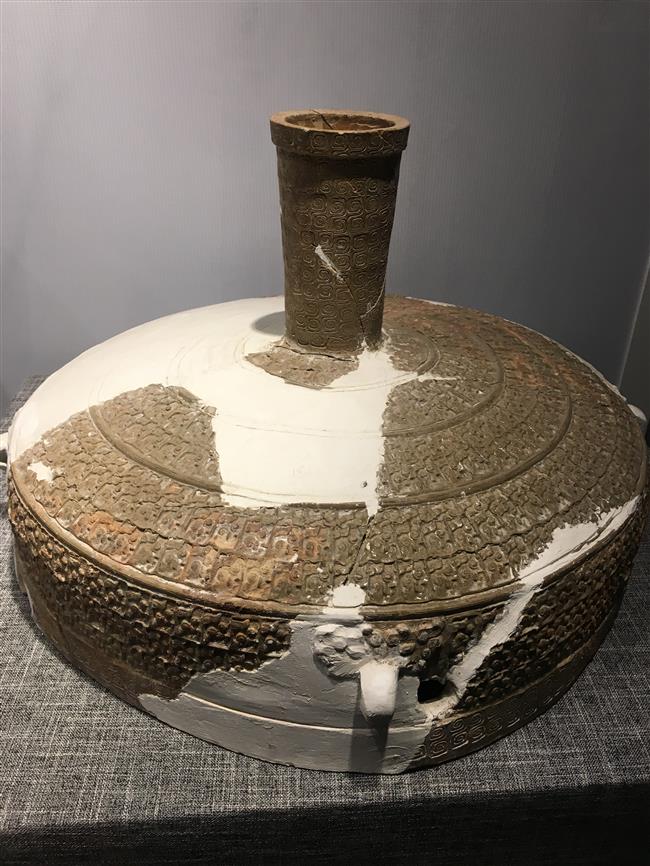 A piece of early pottery, which lacks the smoothness and refinement seen in later porcelain

They were overtaken by history, but played an indispensable role in Chinese civilization.

Many Zhejiang-produced potteries were distributed to northern China and taken as treasured examples of newer crafts. Some relics were discovered in the tombs of elites in Henan Province.

The exhibition displays potteries from Yinxu, capital of the Shang Dynasty (16th century-11th century BC) and now one of China’s oldest and largest archeological sites. Historians see them as evidence of cultural exchange between China’s central plains and the lower reaches of the Yangtze River Delta.

The development of yinwentao was attributed to ancient ethnic Yue. According to historical archives and archeological discoveries, Yue people distributed across southern China as early as the Xia Dynasty.

The earliest shards of yinwentao were discovered at the Kuahuqiao Neolithic Site in Hangzhou. Similar-style vessels were also found at the Haochuan Neolithic Site in Suichang County, western Zhejiang Province. They are made of clay and decorated with ornamental patterns. The firing techniques are considered to be “revolutionary” for that period.

Some of the exhibits come from the Tingziqiao Kiln Relic in Deqing of northern Zhejiang Province, where a batch of ancient musical instruments were unearthed. Archeologists consider it home to many burial objects from Zhou Dynasty (11th century-221 BC) graves in Zhejiang Province.

Although these early artifacts lack the smoothness and refinement seen in later porcelain examples, they were the most advanced of primitive ceramics.

Over the next several centuries, the early forms continued to develop with new technological breakthroughs. But it was with the creation of celadon pottery in the Xiaoxiantan Kiln established in the Eastern Han Dynasty (AD 25-220) in eastern Zhejiang Province that the industry really started to boom. 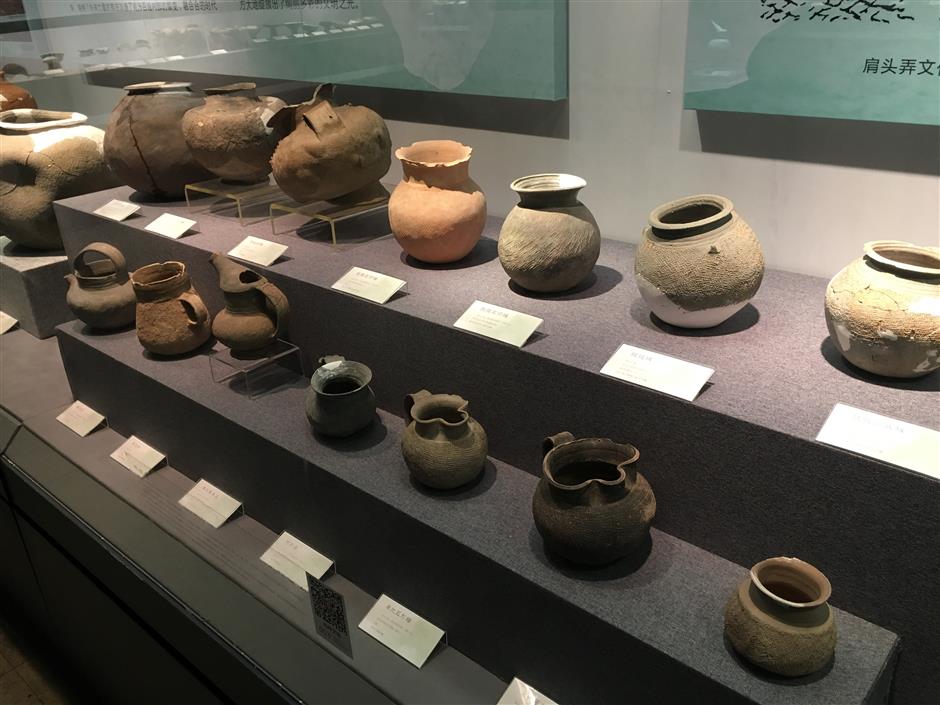 An exhibition of yinwentao is underway at the Southern Song Dynasty Imperial Kiln Museum.