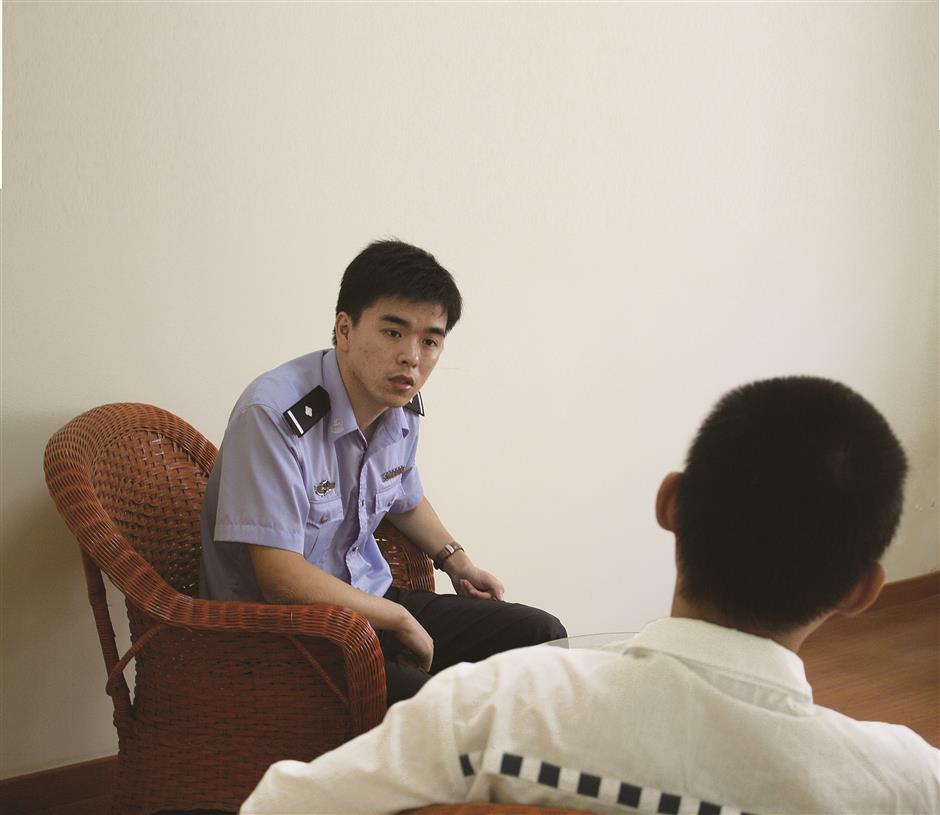 Mental health consultant Xu Dong talks to an inmate. Sometimes they just need someone to listen to them, he says.

Many recipients of “Shanghai Standouts” awards are from the factory floor. Xu Dong is an exception.

Instead of working on things, the director of the mental health guidance center at Wujiaochang Prison works on minds.

Xu, 37, studied psychology in university and started to work at the prison in 2004 after graduation. After four years as a prison officer, he became a mental health consultant to inmates.

Chinese prisons are different from jails in many other countries, where psychological help is provided only when sought. Here, prisons take a proactive approach, dealing with potential problems often before they manifest themselves. The concept is to ensure the safety for all within the four walls and to reduce risks to society upon inmate release.

“Psychology as a science is mature enough to deal with many mental health problems, so the challenge for us is to recognize problems as soon as possible,” Xu said.

Compared with other prisons in Shanghai, Wujiaochang has a special demography of inmates with sentences of six months or less.

“Many of them lived in destitution, come from problematic families, have low self-esteem and live by stealing and fraud,” Xu said.

Because of their relatively low levels of education, the inmates are often ill-adept at expressing their problems or feelings. 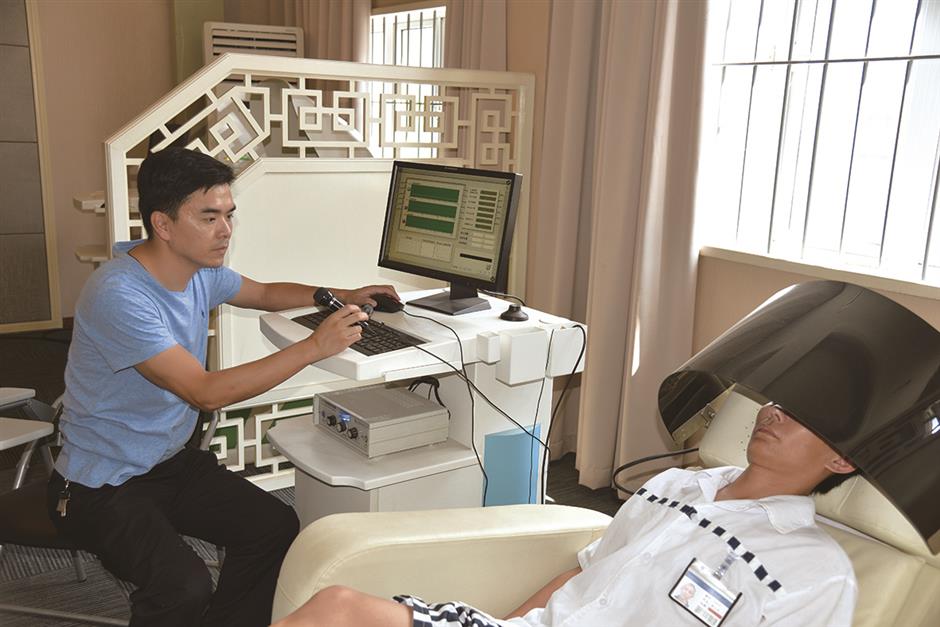 Xu Dong conducts a music therapy session for an inmate.

All inmates entering the prison are given a written test to gauge their mental status. Following that, there are talks with the mental health consultants. A specific psychological profile is prepared for each of them.

Since inmates with relatively short time to serve come and go pretty quickly, Xu and another experienced consultant devised special training for colleagues. There are 60 members on the team today, with 49 holding various professional certification.

Xu said first-time inmates need help to cope with prison life and the separation from family. Special attention is given to those with volatile tempers, those with aggressive behavior and those with a history of self-harm.

“Sometimes they just need company and a person to listen to them,” he said.

Xu reckons that about 20 percent of all inmates have some psychological problems.

In the past four years, he has personally provided help to more than 600 inmates, including 50 in dire need of psychological counseling. He helped diagnose another 20 with mental disorders.

In one case about five years ago, an inmate who repeatedly hit his head against walls was diagnosed with post-traumatic stress disorder.

It was believed to have resulted from an altercation that occurred when the inmate, who had a pregnant wife, was pawing another woman and subsequently hit in the head by a man who came to her defense. The inmate was charged with indecent behavior and jailed.

Xu said the flashbacks to such a traumatic experience are typical of PTSD patients.

“In treating this case, we first helped him understand that he was in prison for a reason because many people who are incarcerated believe they are innocent,” Xu said. “Then we told him that the bad experience can be expunged by rational thought because PTSD patients tend to think the flashbacks will never go away.” 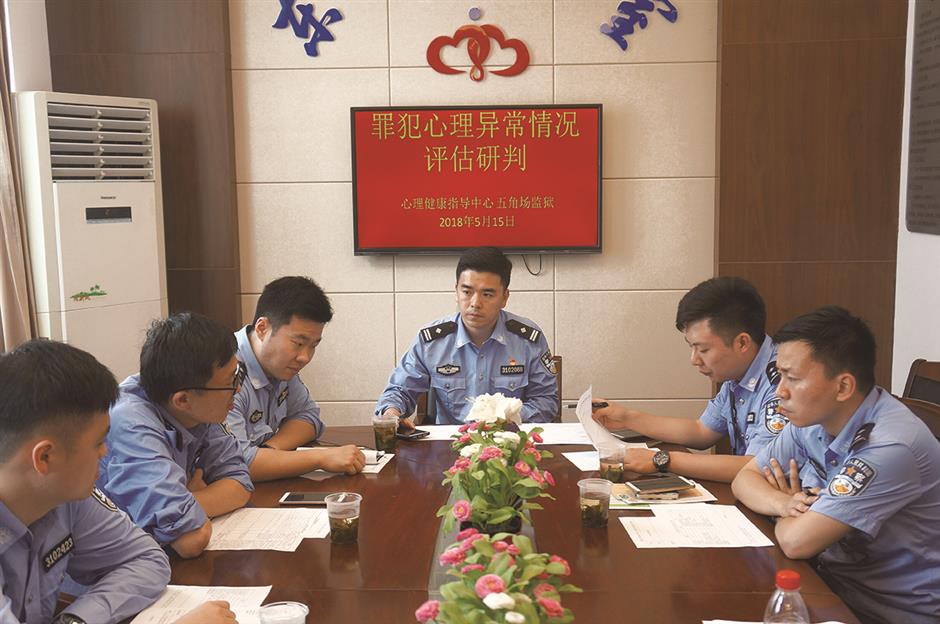 Xu Dong (center) holds a meeting with his colleagues during which they analyze cases of inmates with psychological problems.

A team of mental health specialists is not enough. Prison guards are also trained to spot abnormal behavior.

He recounted the case of an inmate who suddenly couldn’t put on his clothes in the morning. His behavior was reported, and the inmate received counseling treatment.

At the prison’s mental health guidance center, there are rooms for consultation sessions, sand-play therapy and music therapy. There is also a room with sandbags where inmates can vent their pent-up anxiety or anger.

Xu and his colleagues also deal with those about to be released after long years of incarceration. Some don’t even know what mobile phones are, Xu said.

These inmates are taught basic life skills, such as buying a train ticket. Group counseling sessions prove effective because of the advice and support inmates exchange.

Xu and his colleagues usually don’t wear their uniforms when they talk with inmates.

“They’re prisoners, but they’re also people, and it’s our job to treat them just like we would any other person,” Xu said.