Tucked away in a residential compound on Nanjing Road W., the Hua Ye Apartments (Cosmopolitan Apartments) is shaped like a Spanish castle, towering above the alleyway houses.

“The steel and concrete structure is designed in a mix of Spanish and Byzantine styles. The Byzantine-style buildings, widely seen in Turkey and Russia, often have five tops. The Cosmopolitan Apartments also have five tops, a very rare example in Shanghai,” says Tongji University professor Qian Zonghao. 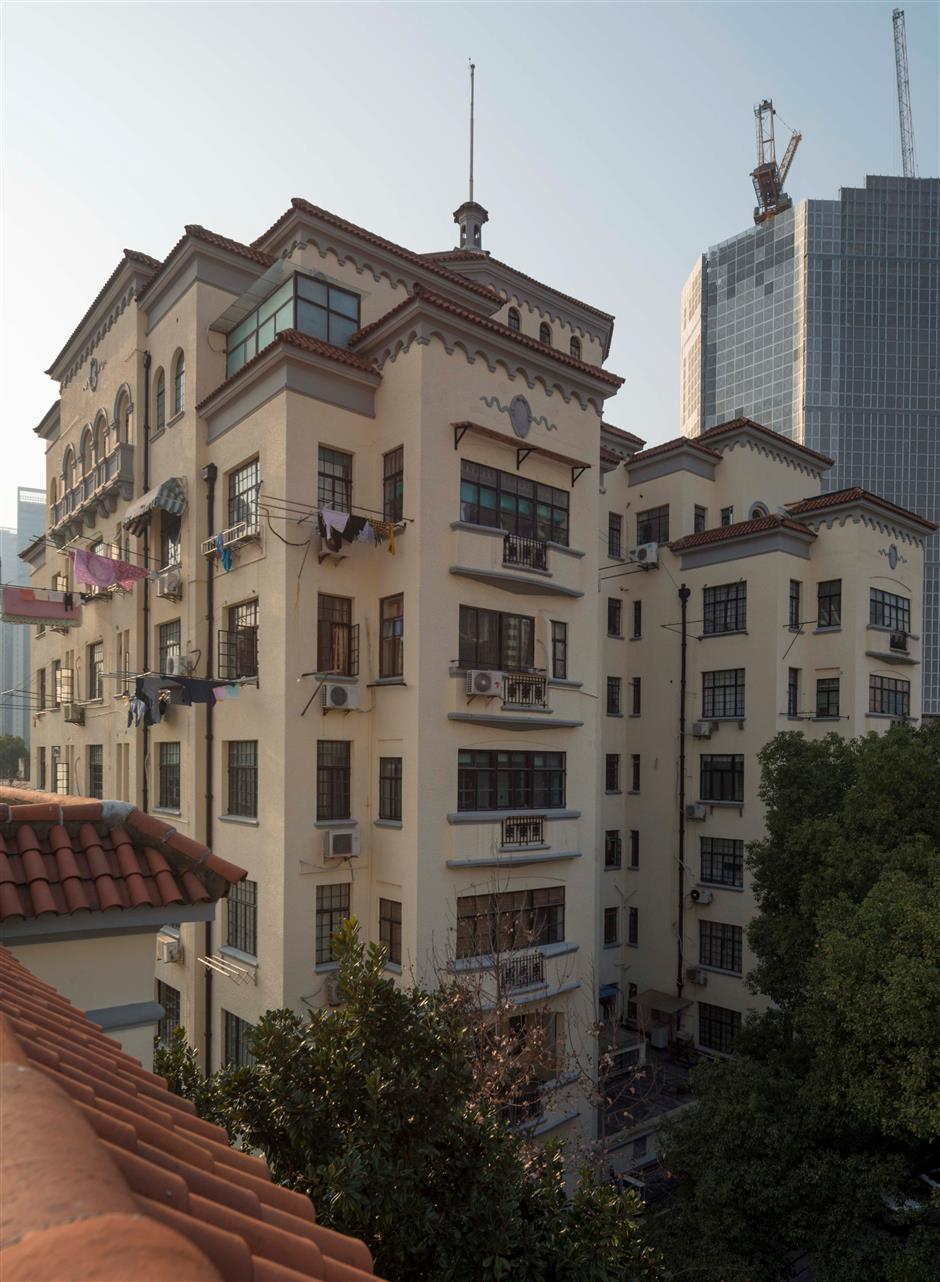 Tucked away in a residential compound on Nanjing Road W., the Hua Ye Apartments is designed in a mix of Spanish and Byzantine styles.

When the “palatial and imposing” apartments building was completed in 1934, The China Press on August 16 described the newest and most up-to-date residential building in Shanghai as “a tall giant with outstretched arms which form the two 4-story wings.”

“Spanish houses are commonly known to be low and artistic. The Cosmopolitan Apartments is artistic but far from being low. If it were built in Spain, it would probably be called a ‘skyscraper.’ But it is distinctly artistic; the roof and eaves are effective; the balconies impressive while the arch-windows give a real southern touch to the whole atmosphere,” the report says.

Walking downstairs the passageway, traces of the Spanish building’s past are everywhere, as if you were back in 1934.

The residential apartment building was the property of the Cosmopolitan Trust Company.

Set back away from the hustle and bustle of the thoroughfare, it was within easy reach of a market, the race course, theater and business districts when it was built.

According to The China Press, the Cosmopolitan Apartments contained three units — south, center and north, each arranged to give maximum comfort and convenience and constructed with the best building materials.

Shaped like a big “H” the two wings of the building are linked by enclosed hallways leading into the main lobby in the central unit.

The apartments in the building are varied. There are single rooms and two, three and four-roomed apartments, duplex apartments with six rooms and penthouses with eight rooms.

The building was also designed with a large entrance lobby on the ground floor, three large baggage rooms, a barber shop, children’s playroom, a building manager’s office and 18 garages. The land occupied was 7 mow (4,669 square meters) thus leaving sufficient space outdoors for a nice, attractive garden. Now the garden, facing the building, has shrunk. It is small and planted with period camphor trees. 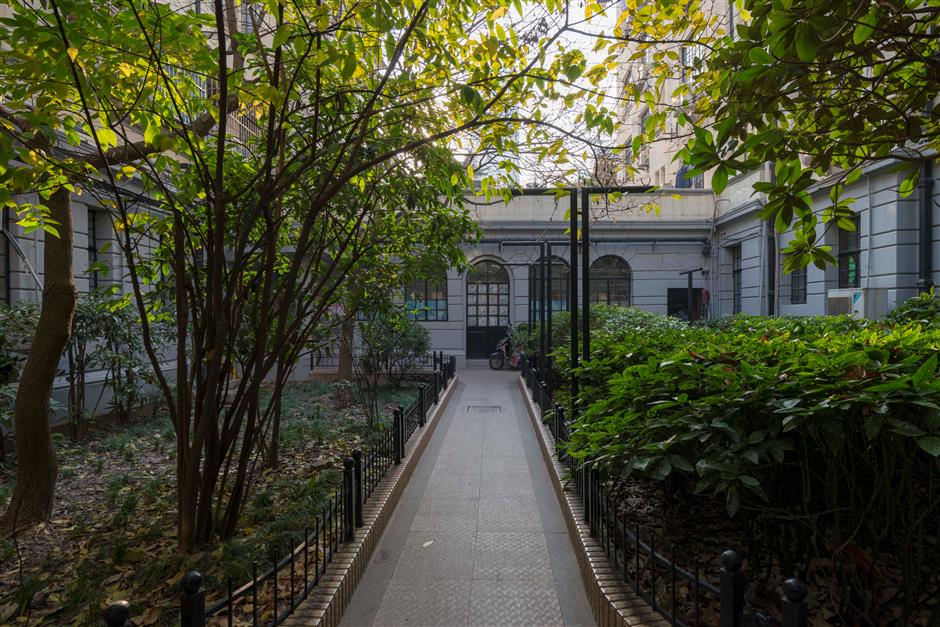 The garden, facing the building, is planted with period camphor trees.

According to Yang Jiayou’s book “The story of Shanghai Classic Houses,” local real estate developers found there was little money or profit to be made building alleyway houses and garden villas. So, as apartment buildings started to be in vogue overseas, they switched to build luxurious apartments for lease in Shanghai, such as the Cosmopolitan Apartments.

According to Wu Jiang’s book “A history of Shanghai Architecture 1840-1949,” Lee came to China from the United States in 1923 and took over the work of constructing Dr Sun Yat-sen’s Mausoleum in Nanjing after architect Lu Yanzhi suddenly died of disease in 1929. Wu described Lee as a “prolific architect in modern Shanghai designing in a variety of architectural styles.”

“Unlike most architects of his time, born in China but trained overseas, Lee was born in New York in 1900 and studied architecture in Price College, MIT, Columbia University and won a diplomat from New York State University,” says another Tongji University professor Qian Feng who has researched modern China’s first-generation architects.

“Before coming to Shanghai as a YMCA architect in 1923, Lee had worked in the New York office of American architect Henry Murphy, a foremost architectural proponent of the incorporation of Chinese architectural elements into modern construction. Familiar with Murphy’s manners and treatments, Lee later used the new style extensively in his China projects including the Chinese YMCA building,” Qian says. 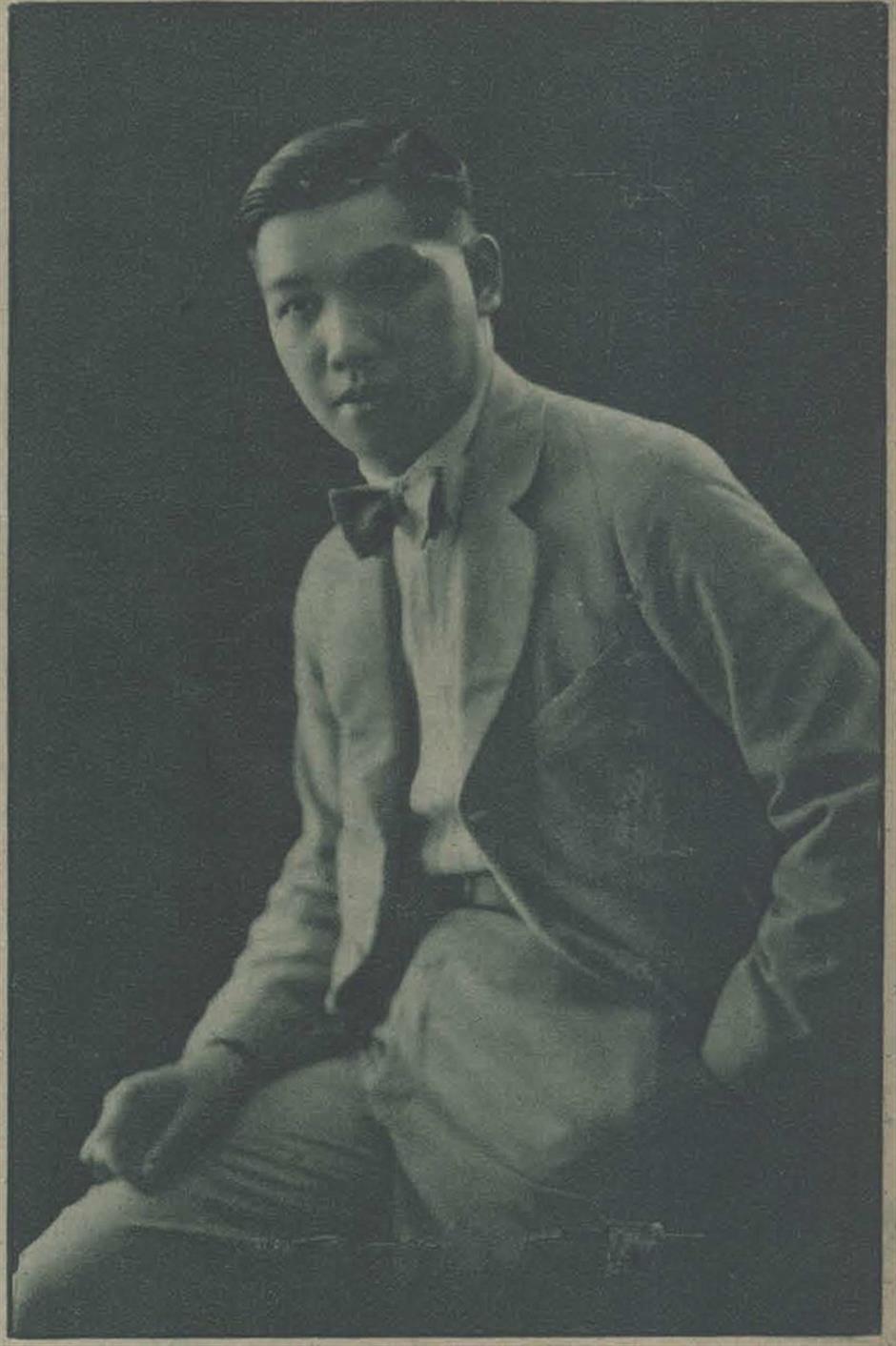 Lee’s architectural education in several renowned American universities coincided with the emergence of this modern Chinese style. A year after the East-meets-West Chinese YMCA building was completed, he adapted Chinese architectural elements and motifs on the eight-story bureau for National Committee of the Young Women’s Christian Association of China which still perches on Yuanmingyuan Road near the Bund.

“Like Fan, Zhao and other Chinese architects, Lee later turned to a more modern style and a noteworthy work of his was the Cosmopolitan Apartments, a simple-cut Spanish-style building with Art Deco details,” Qian adds.

However Lee’s successful career in China was cut short by the Japanese occupation, and in 1945 he repatriated to design projects in the Chinatown of New York where he was born and grew up.

As a tribute to the architect that bridged two cultures, the Museum of Chinese in America hosted an exhibition titled “Chinese Style, Rediscovering the Architecture of Poy Gum Lee 1923-1968” in 2015.

Today, two lines of bicycles juxtapose the lobby of the Cosmopolitan Apartments. The building is like many of the city’s old houses and shared by more residents than ever before. A grass-hued elevator takes people to the top floor. It offers a breathtaking view of a congregation of red-brick alleyway houses down under. 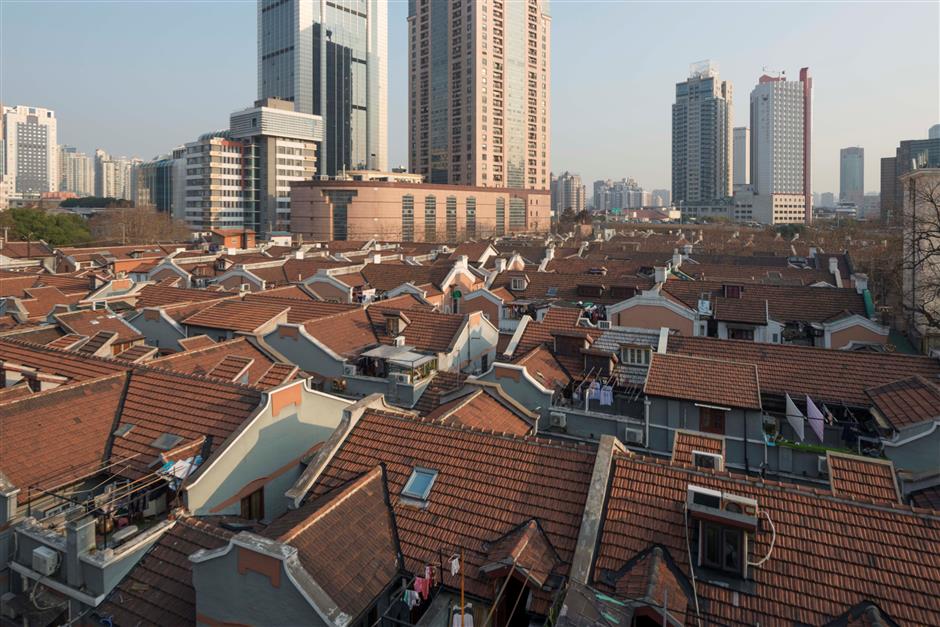 The view of a congregation of red-brick alleyway houses seen from the roof top of the Hua Ye Apartments.

Walking downstairs the passageway, you may find each floor crowded with flower basins, worn shoes, dusty bicycles, wet mops and boxes of all sizes. The space overhead is sometimes crisscrossed by bamboo poles hanging with air-drying clothes. The air is scented in a mingling of washing powder and Chinese vinegar — a smell of local daily lives.

But traces of the Spanish building’s past are everywhere. The lobby ceiling is adorned by a huge patterned glass. Two white spiral-shaped columns grace the entrance of the staircase. The floors are paved with mosaic bricks in a dark red hue, partially worn but still stylish. You only need to close your eyes, though, and you’re back in 1934. 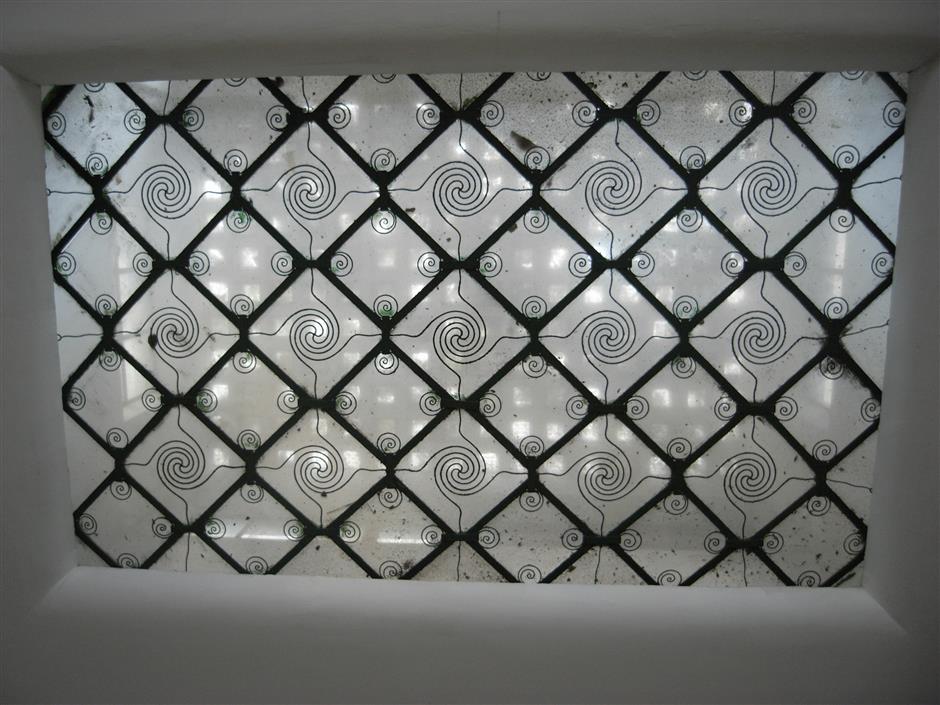 The lobby ceiling is adorned by a huge patterned glass.

Tips: Enter from the lane’s entrance on Nanjing Road and walk ahead for about two minutes. The building faces a small garden with stone table and stools.

China has come very much to the fore in the making of face bricks and roofing tiles with the result that the domestic product is used in practically all of the buildings in the country. Since locally-made tile and brick stands the wear and tear on a par with the imported article, the patronizing home industry is a tremendous economic factor in construction work.

Among the high grade face bricks Lui Li, Spanish and Chun roofing tiles are those coming from the China Glazing Color Tile Company of I-Hsing, for which the Cathay Quarry Tile Company on Kuikiang Road is the sole distributor.

The red roofing tile which has been used on the Cosmopolitan Apartments was supplied by the local distributor.