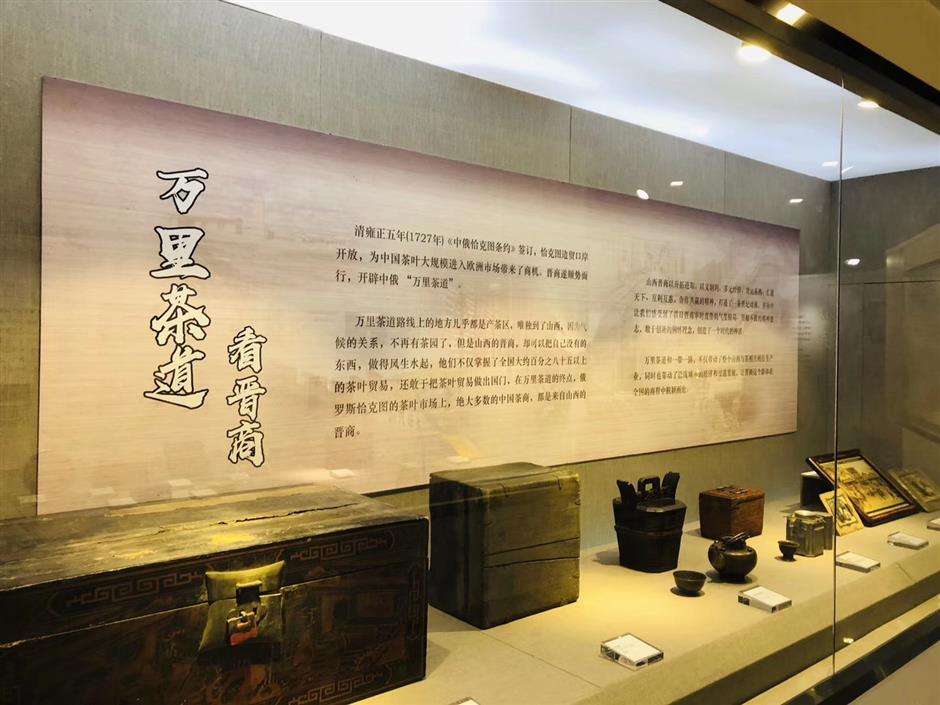 An exhibition traces the history of tea culture and the development of the tea business in Shanghai at the Shanghai Mass Art Center.

The exhibition is organized by Shanghai Intangible Cultural Heritage Protection Center and the Tea Culture Research Association of Shanxi Province.

It was in the 6th century when China began to export and trade tea. Tea commerce played an important part in the economy of the time and in cultural exchanges.

Shanghai was one of the major ports of the tea trade in the late Qing Dynasty (1644-1911). Tea houses and stores flourished in the city. Many tea houses were located in downtown areas, such as the Yuyuan Garden. Legendary Shanghai mafioso Du Yuesheng also dabbled in the tea business.

In addition to chronicling the development of the tea trade, the exhibition also shows how Chinese tea culture had its profound influences over the neighboring counties like Russia and Japan.

Visitors will be amazed at the preservation and changes of tea art in those countries from varied styles of tea sets. 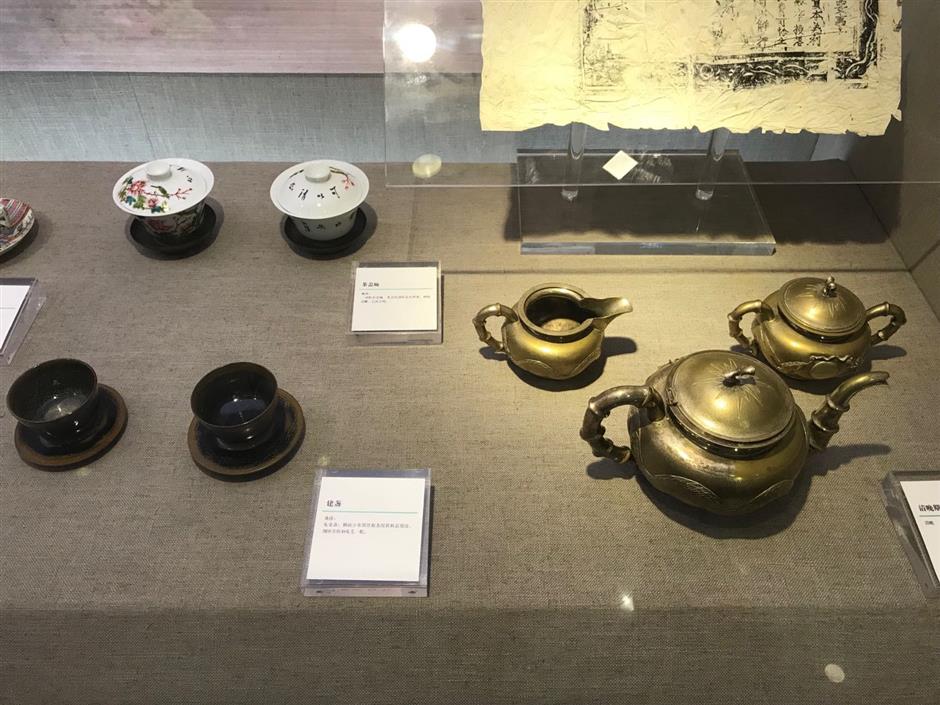