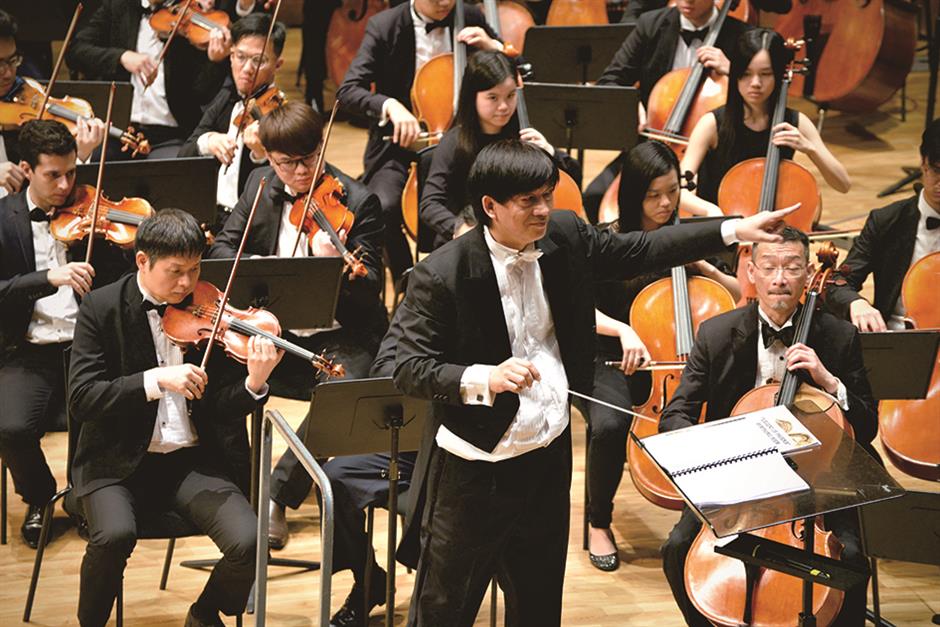 Chinese conductor and composer Mak Ka Lok will debut his suite “The Season Gems” in Shanghai.

For those fascinated with the change of time and seasons demonstrated by musical symbols, “A String Night of Seasons” is a classical music concert not to be missed and part of the ongoing 12th China Art Festival.

Chinese conductor and composer Mak Ka Lok will also debut his suite “The Season Gems” at the show.

“The Four Seasons” is the best-known work of Italian composer Vivaldi. Each of the four violin concerti gives a musical expression to a season of the year, showcasing the prosperity of the Baroque period.

It will be performed by South Korean violinist Cheong Sang Hee during the concert.

Russian composer Tchaikovsky’s “The Seasons” is a set of 12 short character pieces for solo piano, and each piece is the characteristic of a different month of the year.

“The Season Gems” is composed by Mak, who got the inspiration from the 12 birthstones.

Each stone has its unique color and symbol and even ancient myths behind them.

Illustrated by pianist Aliena Wong and the orchestra, “The Season Gems” is making its global premiere at the Shanghai Oriental Art Center.

Mak is the musical director of Global Symphony Orchestra which he established in 2011.

Most of its members are Hong Kong-based musicians and graduates of overseas musical schools.

Mak hopes the orchestra will serve as a cultivation platform for local musicians in Hong Kong and help them broaden their global vision.