A different version of the Odyssey 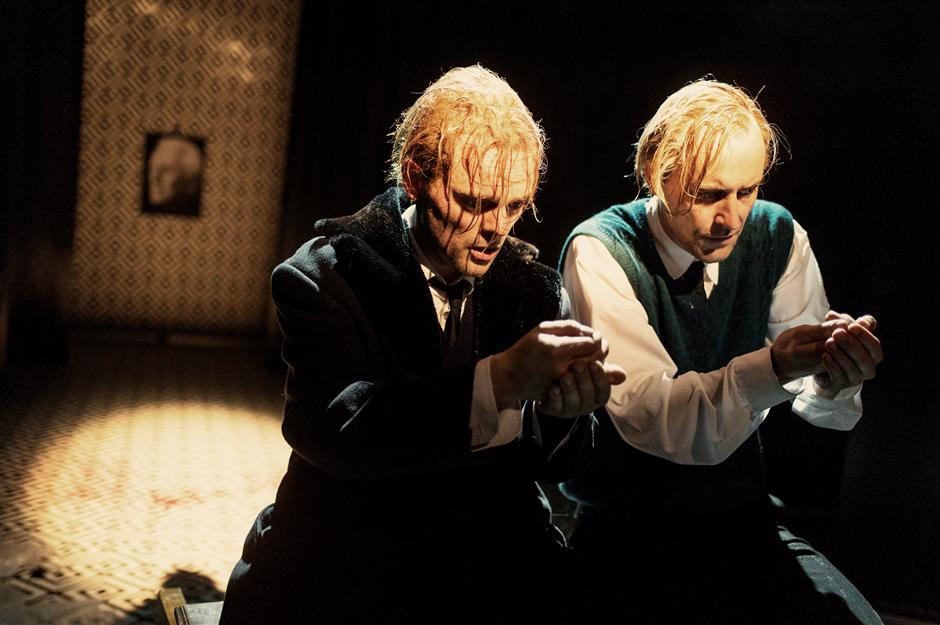 Director Antú Romero Nunes chooses the perspective of Odysseus’ sons Telemachus and Telegonous instead of the hero himself.

As one of two major Greek epics by Homer, “The Odyssey” has had many film, television and theatrical adaptations over the years. Shanghai audiences saw a brand new version in the play, “Die Odyssee” by Thalia Theater, Hamburg from Germany at the Great Theatre of China at the weekend.

In this 110-minute play, director Antú Romero Nunes chooses the perspective of Odysseus’ sons Telemachus and Telegonous instead of the hero himself. The two half-brothers meet each other for the first time at their father’s funeral, where they imagine what has their father been doing while he was away at war and they assimilate their father’s violent stories together.

The play didn’t show Odysseus’ heroic acts during the war over Troy. It is a contemporary reinterpretation in an outrageous, daring and, most of the time, very funny style.

His sons, played by brilliant young actors Thomas Niehaus and Paul Schröder, use body language and wild imagination to build a father figure. They play with the coffin, flowers, a tuba, a portrait and other objects.

“In the Christian way of thinking, what we are doing on Earth is talking about a God that we’ve never seen and we fantasize about what he is. And we are trying to be brothers or sisters.”

As an imaginary father figure, Odysseus here is presented by a funeral portrait of Kirk Douglas, who played Odysseus in the 1954 movie.

Director Nunes explained that in the 1950s, people did not connect actual “war heroes” with killing and blood.

They’d rather think that the ones went away “on an adventure, just having fun.” That’s what makes Kirk Douglas’ version of Odysseus special and fit for the context on stage, according to Nunes.

Although this modern play does not tell the original story of the Odyssey scene by scene, it recreates many of Odysseus’ battles in an intelligent and extremely funny way, including his fight against the one-eyed cyclop, the forces of the sea and the haunted souls of the netherworld.

“What we did is that we connected every single thing to one episode in Odyssey. So if you know Odyssey very well, you can find them. But you don’t have to find them because it’s a story all itself,” said the 36-year-old director, “It’s about the people that tell it.”

The two characters speak a “fantasy language” on stage, which is made up by Swedish, English and gibberish German. The language pushes the comedic effect to a next level, together with the actor’s exaggerated body language.

Although nobody on this planet speaks this language except for the two actors, the audience doesn’t have any problem understanding what’s going on stage.

Director Nunes is renowned for his mimes. As a resident for several years at the Thalia Theater, Nunes focuses on his performance-based, ironic and consummate theater work.

“For this realistic show I need something that’s abstract. It (the fantasy language) makes the actors clowns. And you can focus more on the emotions on the body on the small things in live,” said Nunes.

Son of a Chilean mother and Portuguese father, the director was born in Tübingen, Germany. He didn’t speak very good German as a kid and the fantasy language used in this play reminds him of the days when he was listening to German and couldn’t understand everything he heard.

Beside this language, the creative team did a great amount of improvising work together with the actors in this play.

“In history the story was told by special singers, who we call rappers today. Sometimes they improvise,” Dramaturgy Matthias Günther compared the play to the original compilation of Homer’s “Odyssey.”

“When we start the rehearsal, every morning we read one chapter together. After the reading they start the improvisation. What are inside their bodies, what they remember of the myth.” 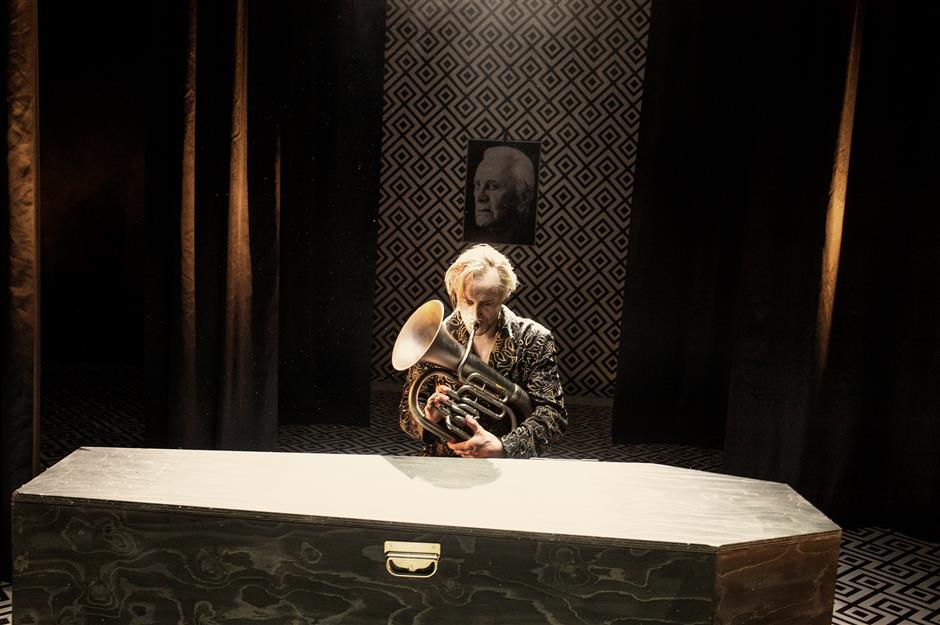 “When you start with an empty page, you start fantasizing and my material is the actors. When we meet we know nothing. We improvise a lot.”

Although “Odyssey” is a story dated back almost 2,800 years, it still has its value in modern days.

“All civilizations are built on blood. We are living with it and we have to cope with it. Our grandfathers are traumatized, parents maybe. We try to work with it and that’s how civilization works,” said Nunes, “Try to find your way. Try to understand what happened, try to make it better.”

Thalia Theater first opened its door in Hamburg in 1843 and moved to a bigger facility in 1912. It became Germany’s most commercially successful theater during the years and has a global vision with many of its theater plays traveling abroad in European countries, Russia and China.

“Die Odyssee” is one of the highlights of the 2019 Theater Festival of Great Theatre of China. Many world-class theaters will bring their performances to Shanghai in the next half of this year, such as “Othello” by English Touring Theatre, “An Iliad” by Homer’s Coat theater group from the USA and “The Movie Teller” by TeatroCinema from Chile.