A long history of coloring commodities

Goods and people have flowed between Europe and Asia for time immemorial, and the trade is being revived under China’s Belt and Road Initiative.

An exhibition at the China National Silk Museum showcases the story of this trade.

The Silk Road dates back thousands of years, and dyes were common commodities.

Now, these results are on display. 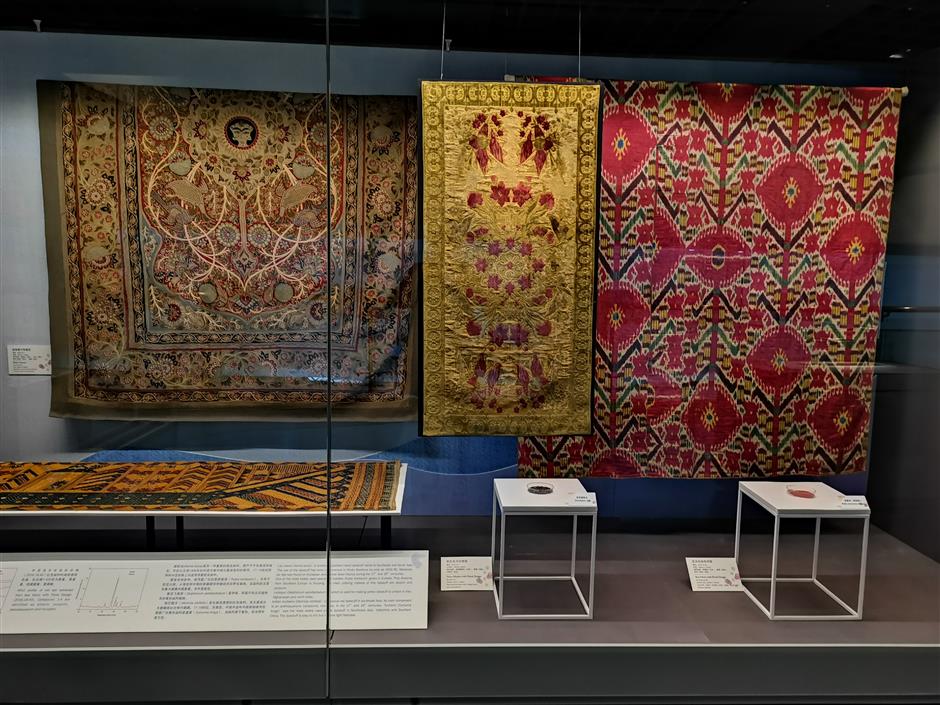 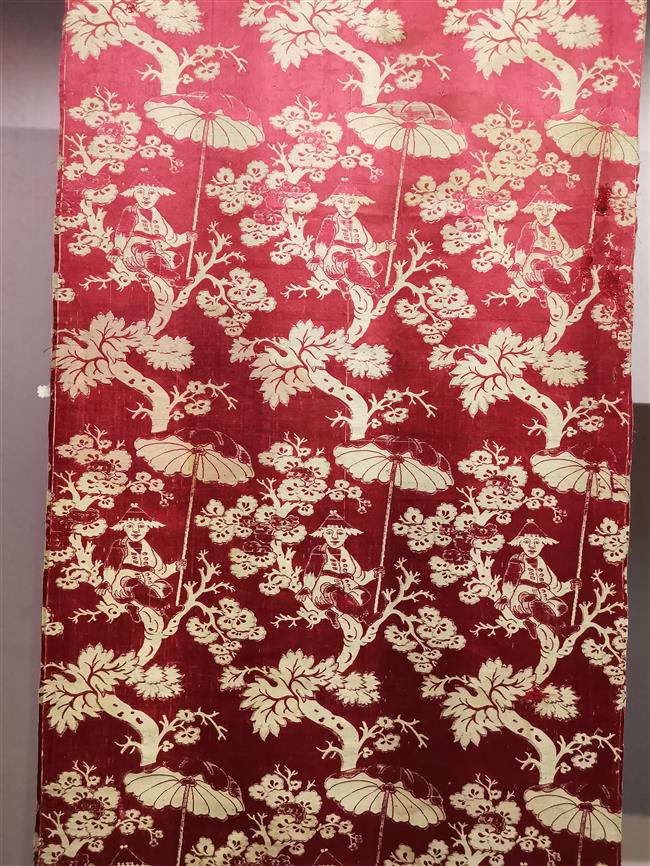 Raw materials for dyes mainly came from plants and insects.

The first section of the display shows crimson cloths dyed from insects.

In the mid-16th century, Spaniards discovered that American cochineal — a parasitic insect that lives mainly in cactus — was widely used as a dye source in South America.

Then, it spread to Europe and soon replaced dyes from local kermes insects.

Kermes are common in coastal areas around the Mediterranean, such as France, Spain and Monaco.

Another common insect variety as a dye source was dactylopius, found in Mexico and Peru and feeding on cactus.

The black cloths on display were dyed with plants containing tannin. The bark and leaves of oaks, Sicilian sumac and Chinese sumac were commonly used three centuries ago.

Indigo plants were also popular at the time. European woad — a yellow-flowered plant of the cabbage family that yields blue dye — Chinese indigo from east Asia and malangen used in traditional Chinese medicine were used to extract indigoid (indigo dyes).

Malangen boasts a high content of indigo and found favor with merchants in the 17th century.

India, as a major textile producer, was the largest exporter of indigoid then.

In the 17th century, the textile industry was given priority in Britain, and the government stipulated that wools must be dyed with certain dyes.

As well as cochineals and indigoid, people applied mignonette and turmeric to create yellow and lichen for purple.

About the same time in China during the Qing Dynasty (1644-1911) the center of the dye industry was Jiangsu and Zhejiang provinces. Archives not only record the development of the industry, but also include recipes for production. In the early Qing Dynasty, Chinese dyeing technology spread to the Korean Peninsula and Japan.

In 1740, the first semi-synthetic dye came out. Indigo carmine, an organic salt derived from indigo by sulfonation, changed the traditional industry.

Although natural dyes declined as the production of chemical synthetic dyes increased, their glory days cannot be forgotten. The exhibition displays pieces of hand-dyed floral cloth.

Date: Through July 14, closed on Mondays