Jiading was where Suzhou pingtan was introduced into Shanghai, and the Tating story theater was one among the biggest “bridgeheads.”

To the surprise and delight of many pingtan fans in the city, the story theater in Zhouqiao Old Street recently reopened after renovation work to welcome new visitors.

With its old-fashioned square tables and wooden benches, time seems to flow backward in the story theater.

It begins to get busy at 12:30pm every day. Pingtan fans who come to listen to the storytelling, with a teapot and a tea bowl, enter the story theater one after another and take their seats.

Around 1pm, actors and actresses from pingtan troupes stage to perform and the audience is spellbound as they listen to the exciting plots performed in the Suzhou dialect.

A huge fan surnamed Qin arrived at the story theater immediately after it reopened. Now in his 80s, he had spent much of his spare time there over more than 70 years.

“Not only has the dilapidated place been repaired, but also the square tables, benches and red lanterns, which had disappeared for decades, have returned. It’s so amazing that even the thermos for tea-making is the same bamboo-shell bottle as before!” Qin said.

The renovation has restored the old atmosphere. 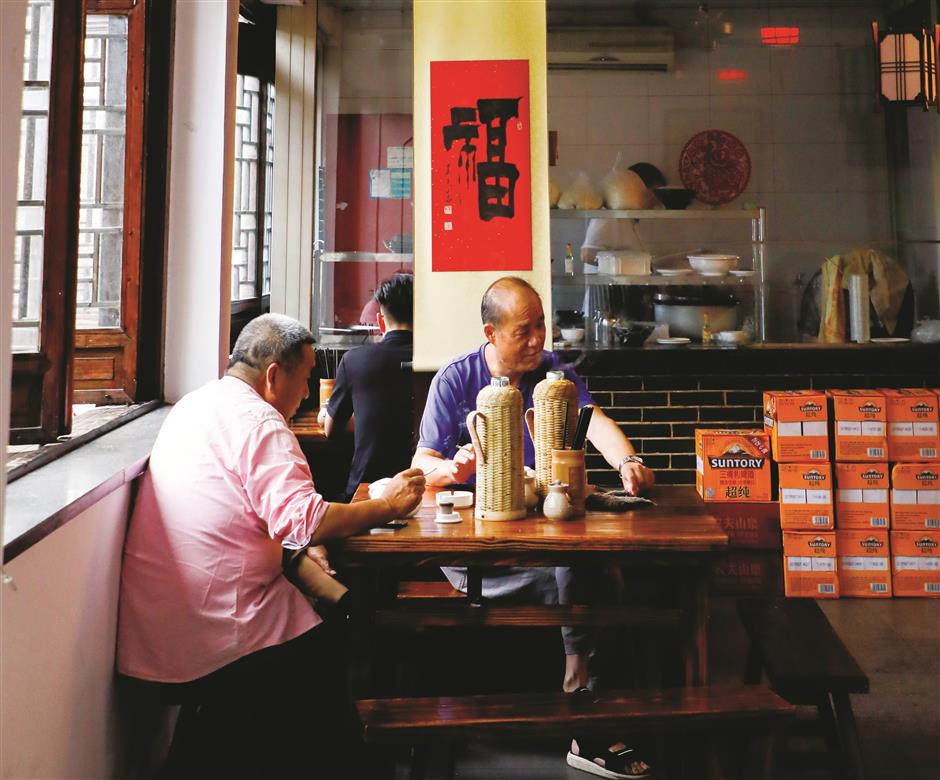 Story theater is a place for local people to enjoy the pingtan story-telling art as well as exchange knowledge and information.

The first story theater in Jiading was built in 1911, according to the manager of the Tating story theater. The manager, surnamed Qiu, revealed that Jiading is where Suzhou pingtan was introduced to Shanghai, commonly known as “bridgehead.”

The Tating story theater, built in 1922, is the biggest and most influential one in Jiading. It contributed a lot to the promotion of Suzhou pingtan in Shanghai, according to Qiu.

“Like many story theaters in Shanghai, the Tating story theater had experienced hardware failure, relocation and industry depression. Fortunately, the government supported the renovation of the story theater in 2008.

“The old glory has been restored through renovation,” Qiu added.

Unchanged are the inexpensive tickets and capacity audiences.

Following the reopening, daily performances of the story theater are from 1pm to 3pm throughout the year.

The Shanghai Pingtan Troupe, Suzhou Pingtan Troupe and other well-known performance groups from Suzhou, Wuxi and Changzhou come to the theater to perform.

Unlike other story theaters in the region, the 5-yuan (73 US cents) ticket also includes the cost of tea. This not only attracts many old Jiading people to rekindle their memories, but also attracts many out-of-towners and even foreigners. According to preliminary figures, the latter account for more than a fifth of total audience numbers.

The story theater has launched a catering service. In addition to having breakfast tea and dinner, it also introduces the intangible heritage snacks and beverages of Jiading, such as Nanxiang xiaolongbao steamed buns and tulip wine. The organizers use the profits of these catering services to subsidize the operating costs of the story theater, Qiu said. 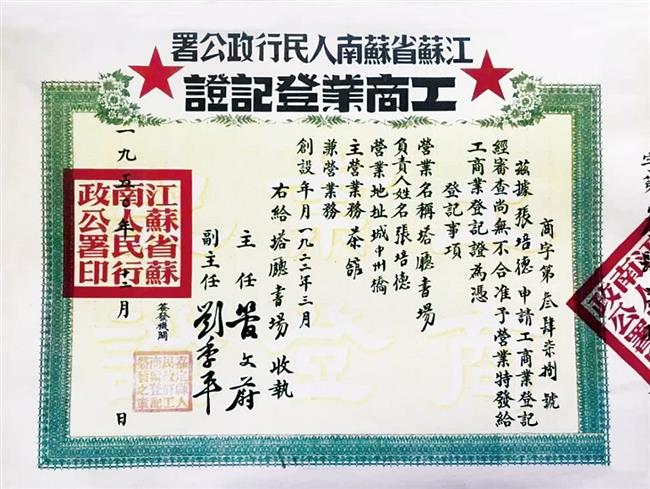 Time slows down in story theaters. Pingtan is a slow art. It can take performers two weeks to tell a story with a small fragment every day. Most viewers are elderly people and story theaters are another home for them.

The rise of Suzhou pingtan has created an exclusive way of life for people in Jiading. Drinking tea and enjoying the performance of pingtan in a teahouse or story theater became a major way for Jiading people to be entertained while the venues were where they acquired knowledge and exchanged information at that time.

Once there were story theaters everywhere in Jiading where storytellers presented tales of kings or knights as well as romances.

However, most of the story theaters closed with the rise of video lounges and ballrooms.

Some time-honored story theaters have reopened in recent years, and tickets are hard to get. Viewers arrive at noon, sitting on wooden chairs with a hot cup of tea.

Charge: 5 yuan (including show and tea)

How to get there: Take Metro Line 11 to Jiading Beizhan Station and transfer to Jiading No. 12 bus, and get off at Qinghe Road Chayuan Lane Stop.