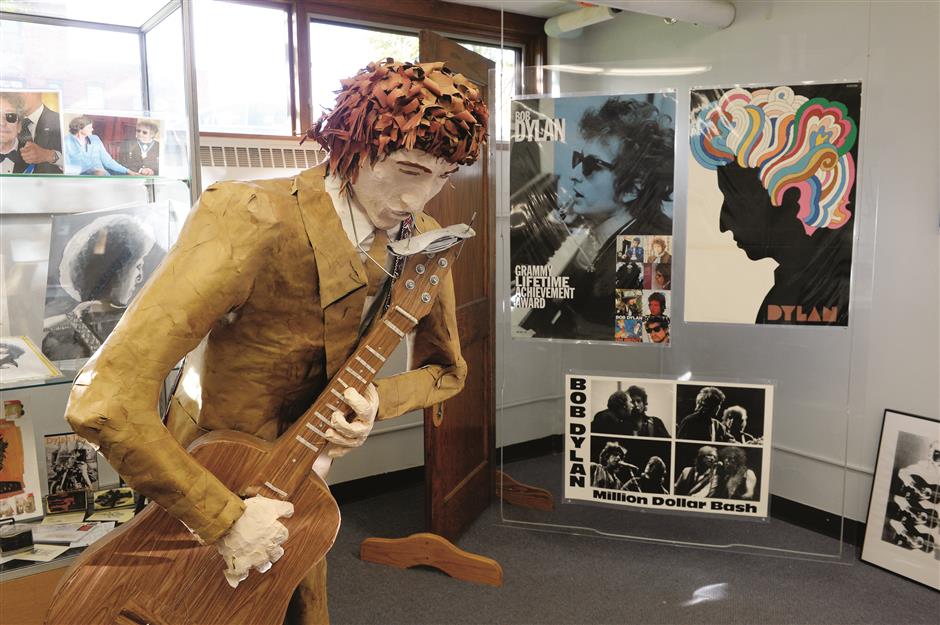 A papier mache sculpture in the Bob Dylan museum in the basement of the local library in the childhood home of Bob Dylan, winner of the 2016 Nobel Prize for Literature, in Hibbing, Minnesota.

“Bob Dylan, Retrospectrum,” the largest traveling collection of the singer/songwriter’s art in the world, is coming to Shanghai.

Dylan, one of the most influential and groundbreaking artists in the 20th century and the first Nobel prize winner musician, has long been honored as a “postmodern bard” for “having created new poetic expressions within the great American song tradition.”

He was also fond of painting since childhood, and extended his artistic creation to visual arts since 1960s.

His work was inspired by what he witnessed, heard and thought about during his performing tours.

His art has been on display at museums such as Britain’s National Portrait Gallery and Museum Gunzenhauser in Germany.

The past three decades also saw Dylan devoting himself to metal sculpturing, a form of art striking the same chord as his music and poetry.

The exhibition will focus on showing the development of Dylan’s artistic career, including introducing the “Cafe Wha,” where Dylan and Jimi Hendrix started on their path to worldwide fame.