The annual festival in Shanghai serves as an international platform for cultural exchange.

Forty-three international and domestic productions featuring 97 performances will be presented during the festival from October 18 to November 17 in major theaters and art venues across the city. Eight productions will be making their world premieres, while five will be performed in Asia for the first time. 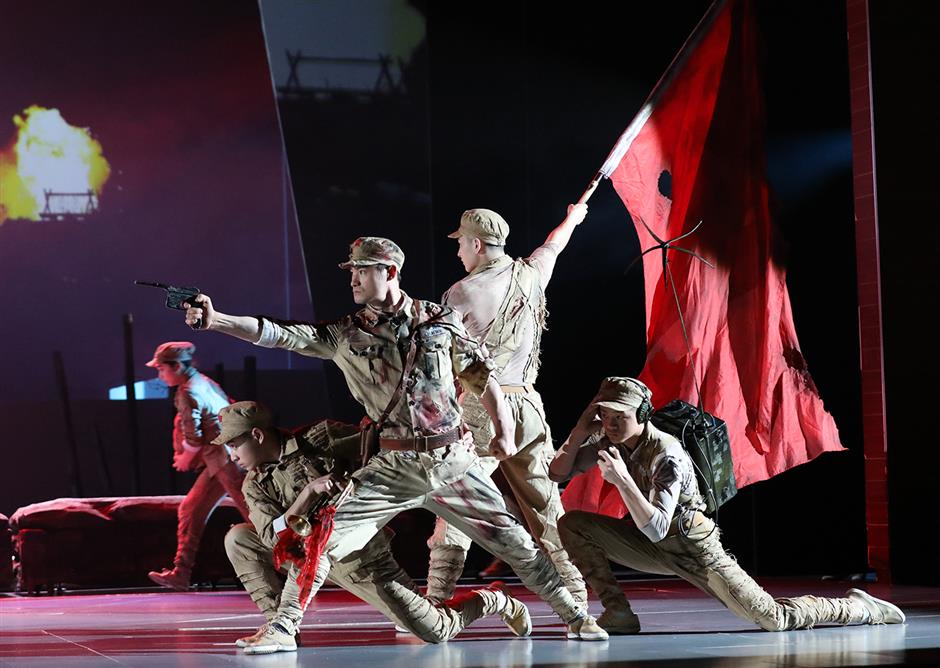 As a tribute to the 70th anniversary of the founding of the People’s Republic of China, the festival will kick off with local acrobatic play “Battle of Shanghai.” It is also among the eight original new Shanghai productions to be presented during this year’s festival.

Produced by Shanghai Acrobatic Troupe and Shanghai Circus School, “Battle of Shanghai” is based on the historical facts of the city’s liberation dating back to May 1949. The play tells the story of how the underground members of the Communist Party of China in Shanghai unite with the people to defend the homeland and crush the enemy’s conspiracy. It showcases the social spirit of the era through individual stories.

Dance, drama, acrobatic skills, multimedia technology and even magic will be featured to make the performance rich and exciting to watch. “Battle of Shanghai” will be staged at Shanghai Grand Theater on October 18 and 19.

As a major recommendation by the festival organizers, Italy’s Teatro alla Scala will present two Mozart operas “The Magic Flute” and “The Disguised Gardener” from October 18 to 24. It’s the first time that the 200-year-old Teatro alla Scala has brought its complete performing crew, including choir and orchestra, to China. 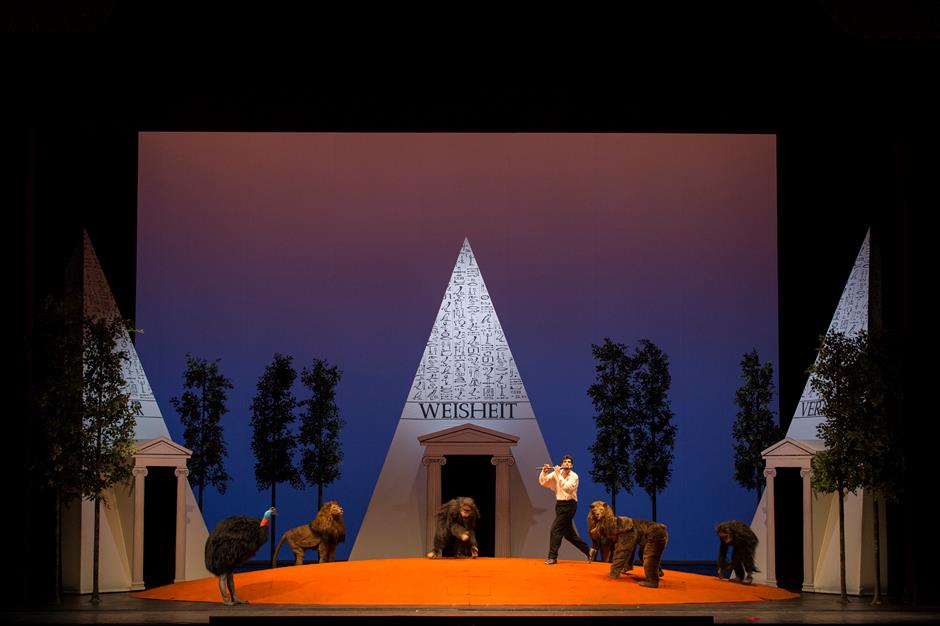 “The Magic Flute” is a two-act opera by Mozart to a German libretto by Emanuel Schikaneder. It has been considered as Mozart’s most outstanding work in the form of Singspiel, which includes both singing and spoken dialogue.

In the story, the Queen of the Night persuades Prince Tamino to rescue her daughter Pamina from the captivity of the high priest Sarastro. Instead, Tamino learns the high ideals of Sarastro’s community and sees through the Queen’s conspiracy. Tamino and Pamina then undergo severe trials of initiation, which end in triumph, with the Queen and her cohorts vanquished.

“The Magic Flute” is among the most frequently performed of all operas. The performance in Shanghai will be presented by La Scala Academy Choir, the La Scala Academy Orchestra and conductor Diego Fasolis. The staging is by German theater and opera director Peter Stein.

“The Disguised Gardener” is a three-act Italian-language opera Mozart wrote in 1774 when he was 18 years old. It premiered in Munich in 1775.

The heroine of the opera is Countess Violante Onesti, who has been stabbed in a fit of jealous rage by her lover, Count Belfiore. Fortunately she recovers. Calling herself Sandrina, she goes into hiding as “the disguised gardener” at the house of the local mayor. The mayor immediately falls in love with her, which annoys his servant Serpetta, who is in love with the mayor. Serpetta is in turn loved by Violante’s servant Nardo, who also pretends to be a gardener.

The Glyndebourne Festival production will be presented by the Orchestra of Teatro alla Scala on Historical Instruments with conductor Fasolis.

The two operas will be performed alternately at Shangyin Opera House, a new venue which started trial operation last month. It’s also the first time for a domestic opera venue to stage two performances alternately in a short period, which is a challenge to stage organization.

The other new venue to be put into use during this year’s festival is Shanghai Nine Trees Future Art Center in Fengxian District, where the Tokyo Symphony Orchestra will stage a concert on October 22.

Other world-class artists and performing groups appearing at the monthlong festival include the Dutch National Ballet, which will present “Hans Van Manen Portfolio Master Song” at Shanghai Grand Theater on November 13 and 14. 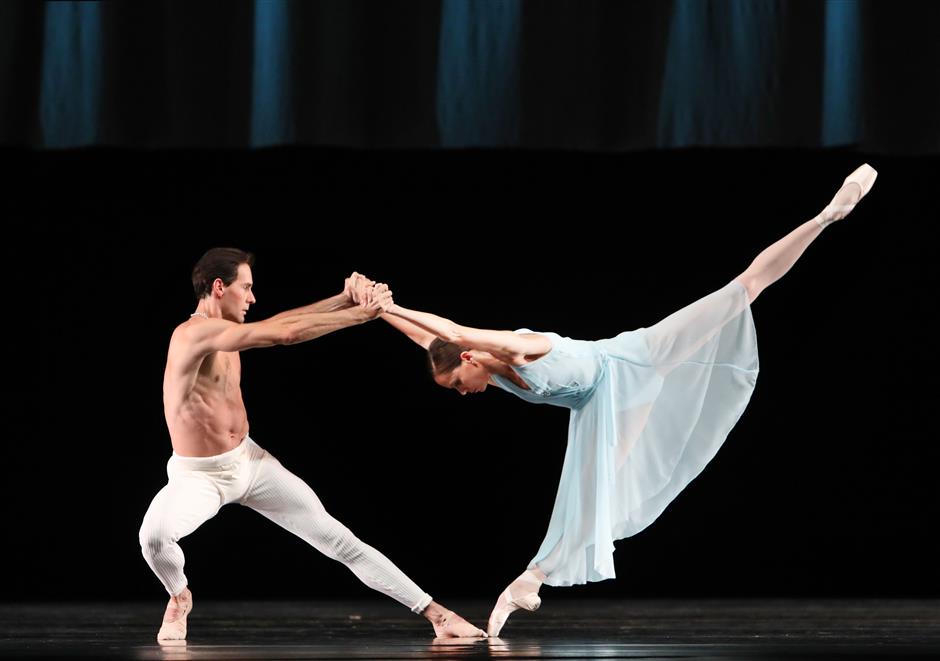 The Vienna Philharmonic will stage concerts at Shanghai Oriental Art Center on October 27 and 28 with German conductor Christian Thielemann.

The Latvian Radio Choir will entertain Shanghai audiences at Hongqiao Art Center on October 22 and 23.

New Peking Opera “The Royal Consort of Tang” is a representative of Chinese traditional art productions, which will be performed by Shanghai Peking Opera Troupe at Shanghai Grand Theater from November 6 to 10.

Peking Opera singer Zhang Huoding will perform with the National Academy of Chinese Theater Arts in “Farewell My Concubine,” “Jinshan Temple” and “The Jewelry Purse.” 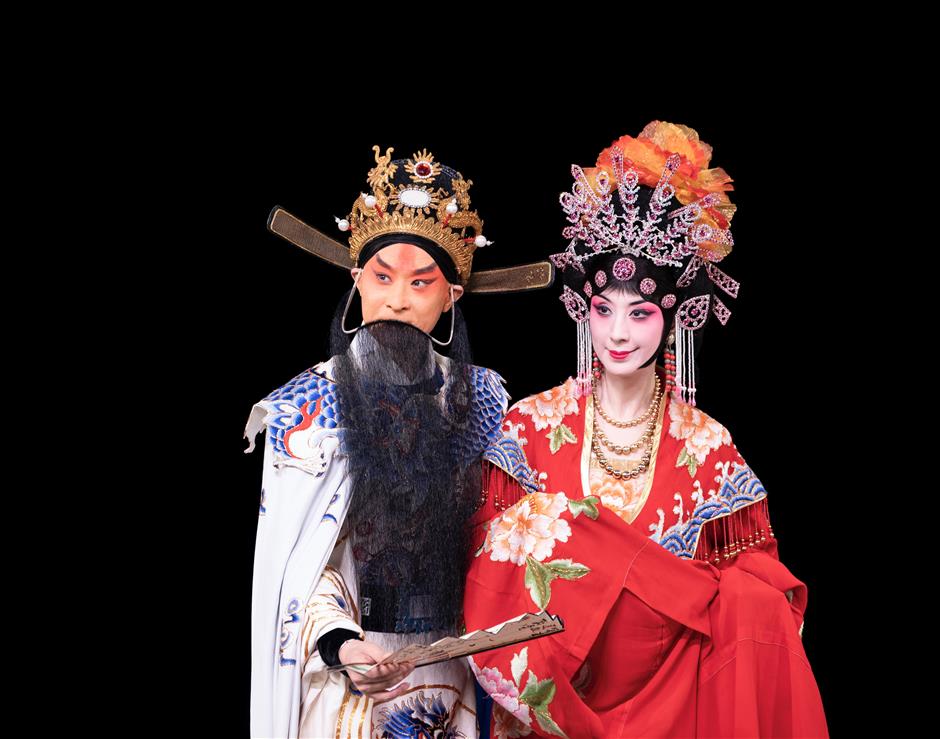 Cross-country productions will also be highlighted during the festival, including the Chinese version of Israeli play “Requiem,” as well as “Revolutionary Road,” a play based on Richard Yates’ novel starring the Chinese acting couple of Sha Yi and Hu Ke.

A concert at Shanghai Grand Theater by NDR Radiophilharmonie with British conductor Andrew Manze and violinist Huang Mengla will lower the curtain on the festival on November 17.

Art lovers can also tour exhibitions in the city during the festival.

“La naissance des Beaux — from Louis the Great to Napoleon Bonaparte, French masterpieces from the collection of Ecole Nationale Superieure des Beaux-arts de Paris and Musee de Louvre” will be exhibited at Shanghai Museum from November 11.

“ART021 Shanghai Contemporary Art Fair 2019” will be held at Shanghai Exhibition Center from November 7 to 10.

The China Shanghai International Arts Festival will continue with its “Rising Artists Works” program. This year’s program is bringing six new works created by commissioned young Chinese artists to the stage from October 20 to 26.