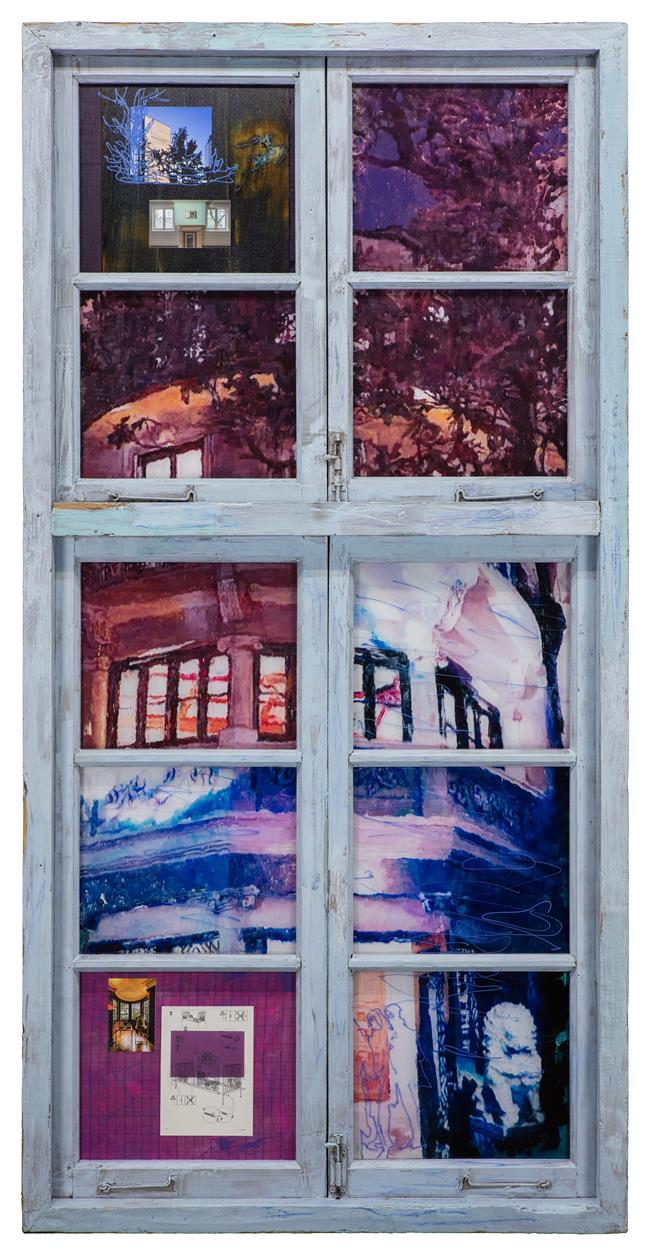 Inspired by the iconic 1954 movie directed by Alfred Hitchcock, Li’s “Rear Windows” examines the contradictions and duality of our present lives, divided between authenticity and imitation, reality and reproduction.

The project is conceived as an immersive and site-specific installation, an in-depth exploration of the history and space of the old house, creating a connection between the past and the current urban environment of Shanghai.

The installation series “Neighbor’s Window” borrows the trompe l’oeil technique, combining old wooden window frames with the paintings of French and other colonial or new architecture behind glass, becoming cultural and artistic landmarks of the urban space.

“Karaoke Room (2019)” is a small family-style karaoke space in Rong Zhai’s Room 313, featuring a video showing 1990s popular love songs. In this entertainment room, the installation imagines the century-old house as a space used by residents. The lyrics are played simultaneously, appearing in neon characters outside the window. In this way, the artist can reveal the emotional content is dislocated in different semantics between texts and images.

“The New Owner Upstairs (2019)” is a sound installation specially made for the exhibition with diffusing footstep sounds in the corridor, which creates the feeling of a ghostly presence in the old house, as if someone is walking upstairs. The viewer is not alone, and progressively becomes a character of the story that is unfolding.

“Neon News Videos (2019)” presents three fictional stories about famous people who have fallen out of the public eye. The artist collects Chinese characters in different styles, sizes, colors and fonts from neon-light signs in different cities, and rearranges them into new messages.

One video is about a famous actor who married a 16-year-old model. He then returned to the countryside and raised chickens for a living. Recently he appeared again in a TV program to talk about his new life.

Another is about a film actress, known for her big breasts in the 1990s, who quit acting 16 years ago after falling love with a dentist. Recently the media took pictures of her eating high-calorie food, and out of shape.

Through these fictional stories, the artist shows the absurd side of city life.

The exhibits, comprising recent artworks by Li and new commissions, “act as climactic scenes to experience the act of seeing, of being seen or observed,” said curator Jerome Sans.

The exhibition will be open to the public through January 19. 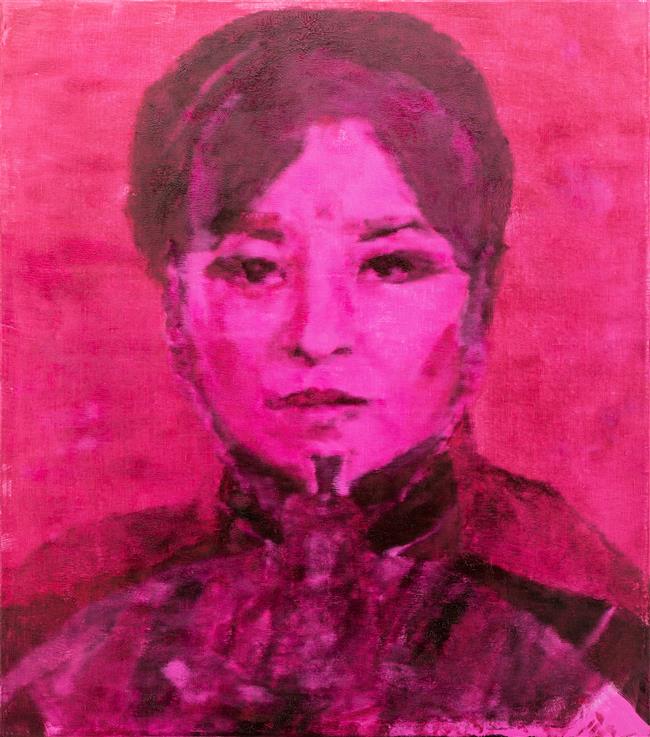 "Mutual Undoing and Unity — Ghosts No. 4," oil on canvas