I started writing about Nanjing Road's historical buildings, architecture and heritage back in 2017, starting from the Bund and all the way up to Jing'an Temple today. 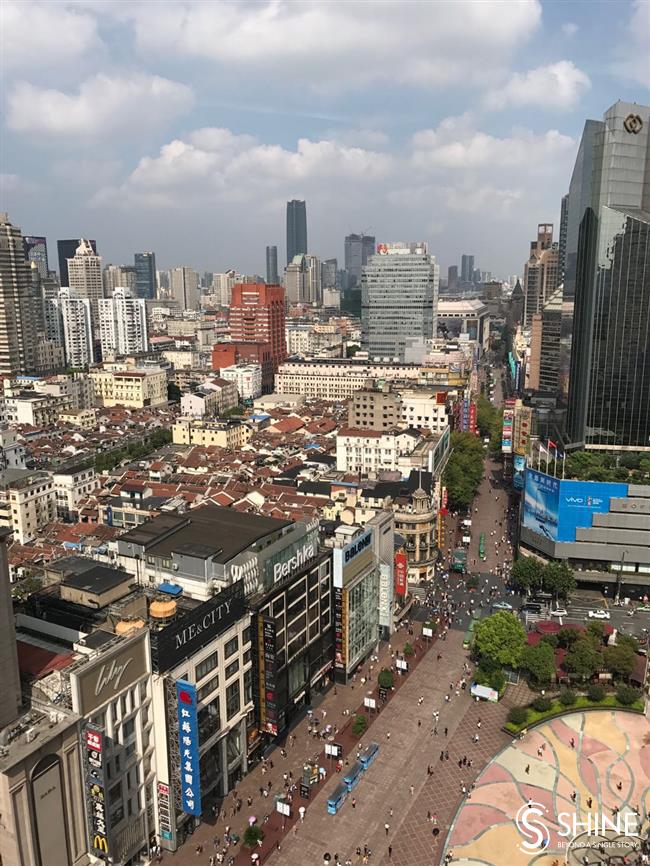 The eastern part of Nanjing Road was upgraded to a shopping street since early last century.

Nanjing Road was constructed in 1851 first as “Park Lane” from the Bund to the racecourse on today’s Henan Road. It was extended to Zhejiang Road in 1854 before it was stretched even further to Xizang Road in 1862 as the racecourse was relocated twice — finally at People’s Square.

In 1862 Shanghai Race Club constructed a 3-kilometer-long road from today’s Xizang Road M. to the 1,000-year-old Jing’an Temple. They named the extended road Bubbling Well Road, paved the muddy road with stones in 1890, planted plane trees on it in 1891 and further expanded the road to today’s Yan’an Road W. in 1921.

In 1945, the local government renamed the former Bubbling Well Road, Nanjing Road W. — and the other end became Nanjing Road E. The entire stretch came to be known as Nanjing Road and it spanned 5 kilometers. The street became so prominent that it came to symbolize old Shanghai, and was nicknamed “Shi Li Yang Chang” or “10-mile-long foreign metropolis.” 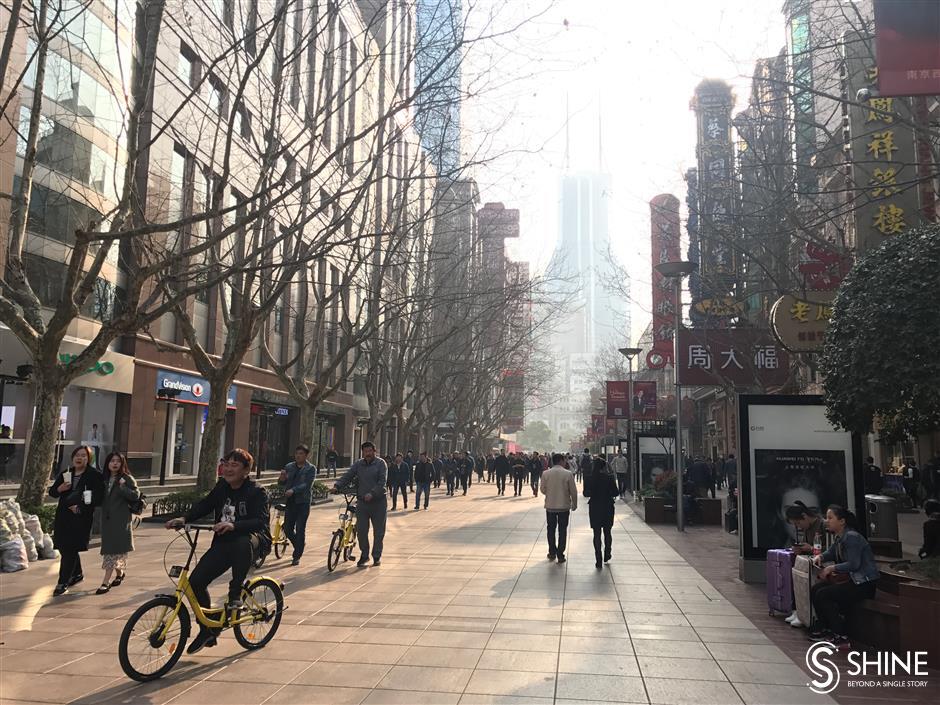 Early last century the eastern part of Nanjing Road was upgraded to a worldclass shopping street after Chinese merchants erected four modern department stores — concrete structures with the latest equipment and high towers — along the street. 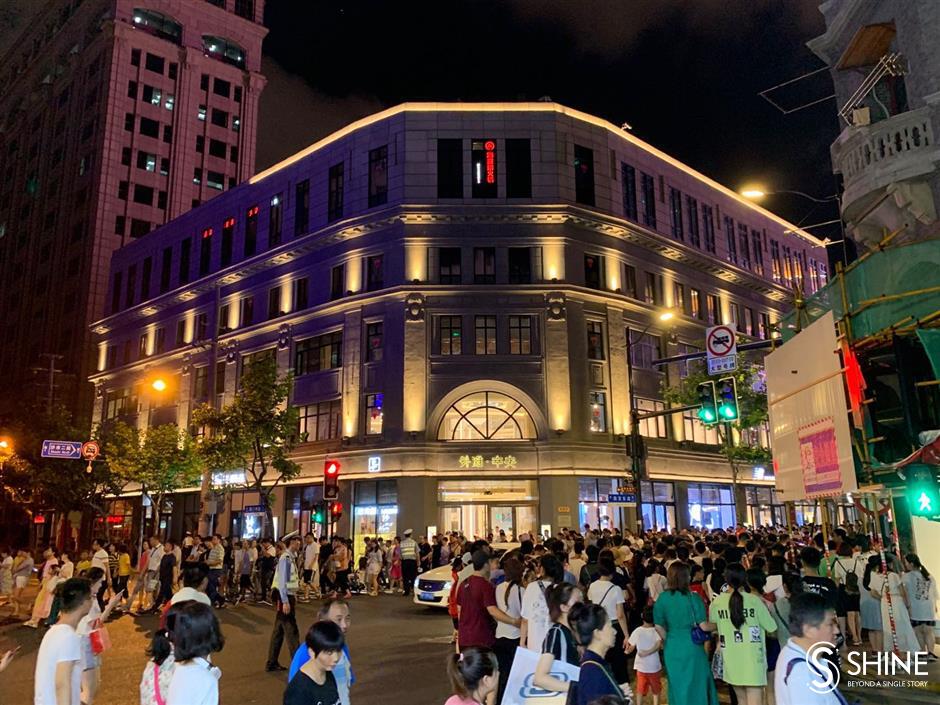 The 1930s Central Arcade on Nanjing Road has been renovated to be a commercial landmark for upmarket shops and fine dining.

Upon the grand opening of Shanghai History Museum, renovated from the former Shanghai Race Club building, I circled around the old racecourse and today’s People’s Square. 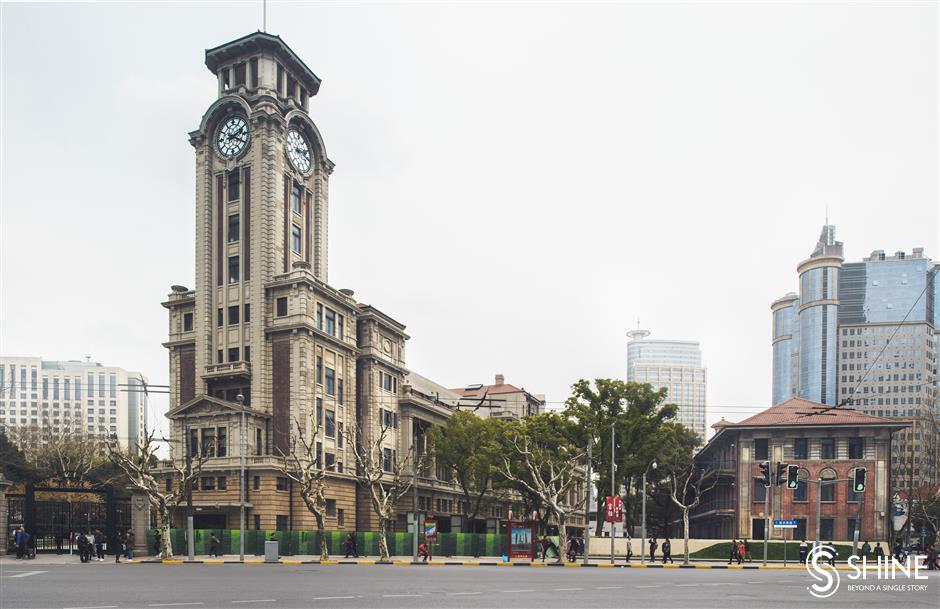 Almost a year ago I walked further westward from the People’s Square to the Jing’an Temple along Nanjing Road W. Compared with Nanjing Road E., filled with shops using loudspeakers to sell jade brocades and tourists speaking different languages and dialects, Nanjing Road W. seems to be more stylish and relaxing.

With the help of Jing’an District government and its four subdistrict governments—Nanjing Road W., Shimen No. 2 Road, Jiangning Road and Jing’an Temple subdistricts along the former Bubbling Well Road, I have explored an amazing variety of historical buildings, ranging from clubs, hospitals, theaters, apartments, garden villas to the ancient temple and even the former cemetery park. The buildings included several signature works from China’s first-generation architects, which aroused my great interest to explore. 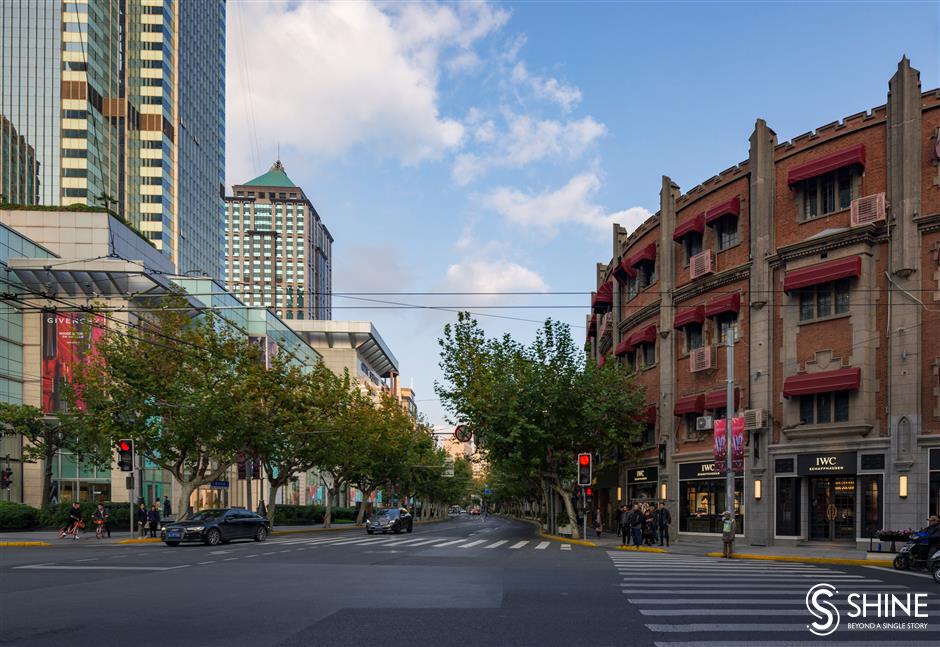 During the journey I also witnessed and recorded the last days of the century-old Zhangyuan Garden, with its old residents still living there before it closed for a large-scale renovation project.

When researching for the series, I was strongly moved by the life stories of two expatriates in particular who had left relics and legacies along Nanjing Road W. One of them was British millionaire Henry Lester, who made a fortune from old Shanghai’s real estate but donated almost all of his assets to the education of Chinese people. A medical institution built with his money still stands a few minutes’ walk from Nanjing Road W. And the Lester Foundation still sponsors Chinese scholars studying in the UK today.

The other was a German doctor, Erich Paulun. This former navy physician travelled thousands of miles to Shanghai and built a charitable hospital to treat poor Chinese patients for free. The institution later evolved into today’s Changzheng Hospital and Tongji University.

The Nanjing Road column was such a journey filled with architectural gems, historical stories and devoted spirits. It also gave birth to the newest conceptions and methods of preservation and regeneration. Compared with the Bund, Nanjing Road is East-meets-West but more diversified.

I was reluctant to announce the series has come to an end. But the legend of Nanjing Road in this new era has just begun and will continue to grow and I will continue to pay attention to its changes and development. This spring I embark on a new adventure.