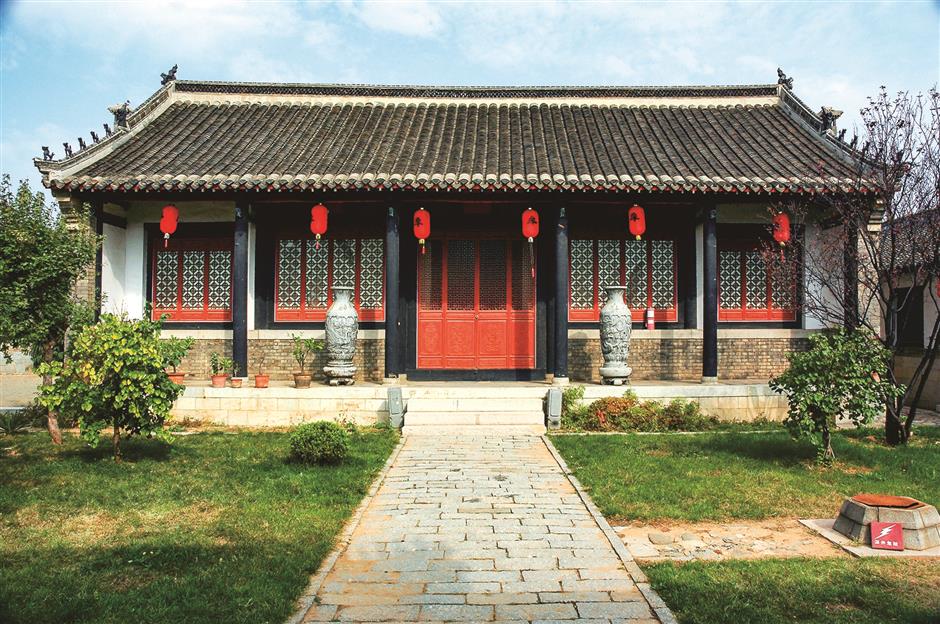 Mou’s Manor, located in Qixia in Yantai City, provides a vivid picture of Chinese architecture and opens a window into the strict feudal system of ancient China’s landlord-class.

Yantai City of Shandong Province is always stereotyped as a big agriculture production base rather than a place laden with history and cultural charm.

A well-preserved residential complex of a Qing Dynasty (1644-1911) landlord sits in Qixia, about 70 kilometers from the downtown city.

Mou’s Manor, a residence for generations of Mou Molin’s (1789-1870) family, who was one of the most powerful and wealthy landlords of the late Qing Dynasty, provides a vivid picture of Chinese architecture and opens a window into the strict feudal system of ancient China’s landlord-class.

Built first during the reign of Emperor Yongzheng in 1723, the complex today reveals six courtyards with over 480 rooms, covering an area of 20,000 square meters.

The six courtyards are laid out on a south-north axis with wing rooms, bungalows, halls, gardens, pavilions and mansions, all carved and painted with patterns of flowers and animals. In the family’s heyday, Mou owned 4,000 hectares of fields, 8,000 hectares of mountain lands, 153 tenant villages, 23 grain barns and more than 5,000 rooms, as well as operating over 20 shops in the town.

The architectural design of the manor followed the feudal hierarchy: a main hall for ancestral worship, a mansion for the landlord, bungalows for his wife, concubines and children, and wing rooms for servants.

The complex was actually a small kingdom within itself. It was self-enclosed and self-sufficient with a granary, mills, home schools, a graveyard, a smoke room and even a casino.

There are three wonders set in the manor that didn’t obey the traditional rules in some ways.

The chimneys are supported by granite strips outside the gable walls, high up in the air.

The fire pit of kang (a heated brick bed in north China) is left outside the room so servants could burn and heat it up outside in winter.

And the main rooms of the six courtyards, which were all in a line, similar to a street, have a front and back door.

There are several other fascinating details discovered about the buildings.

When building the walls, construction workers received extra copper coins every day, which the quality inspector would embed into the gaps of the wall.

If the wall was flat and smooth, the coins would be left to workers as a bonus payment. Such an encouragement mechanism is comparable to modern corporate management systems today.

Mou’s Manor was an extravagant investment of a shrewd, mercantile mind.

The Dong Zhong Lai Hall was a grand ballroom for the host to meet guests.

The central shou zhang (a large oblong sheet of red silk with inscriptions presented at birthdays) was a beautiful embroidery piece done by skillful artisans from Hunan Province to celebrate the 60th birthday of Mou Molin’s second grandson Mou Zongpu in 1927.

A two-story brick-laid building in the Rixing Courtyard was called the “Widow’s Home,” because one of the family’s widows named Jiang Zhenguo helped expand the business. She was known for her bold, unconventional behaviors.

Jiang, wife of one of Mou Molin’s grandsons, was not restrained by traditional Chinese rules. She rented a modern building in downtown Yantai after her husband died and lived next door to a Norwegian family. Cafe, bread and lemon juice, the lady was greatly influenced by the Western life.

The most important thing she learned was the modern wealth management.

Jiang deposited the family’s business revenue to the Yantai Bank of Communications, but unfortunately she passed away at the age of 58 when she planned to invest the industrial business.

But what is remembered and talked most today is the grand funeral Jiang held in 1933 for her husband, husband’s father, son and daughter-in-law.

She hired dozens of workers to make burial objects, including paper servants, horses and daily utensils, all in real size. The paper servants were made of real hair and their clothes were all good silk.

The funeral, as a matter of fact, tolled the bell for Mou’s family. The year after the funeral, the family started to sell its lands, and soon the kingdom fell.

Today the complex has been listed as a national cultural relic, open for visitors.