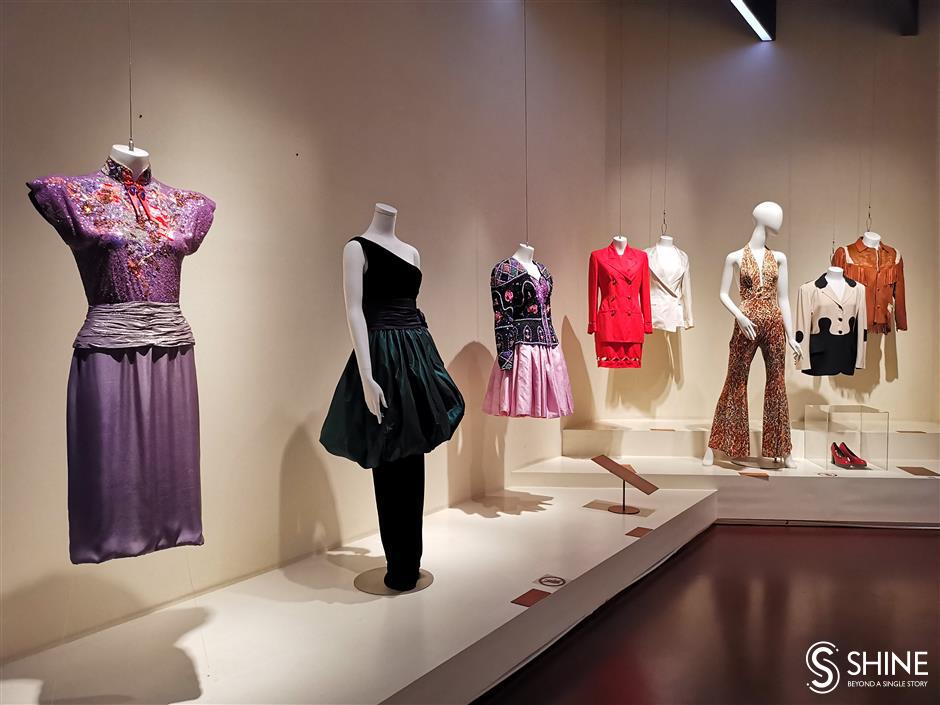 Showcased are costumes designed from the 1960s to the 1990s when haute couture no longer dominated the social trend. Fashion styles have diversified with more innovations while more trendsetting designers sprang up.

Hundreds of rare and ornate Western garments from the 17th to the 20th century are on display at the China National Silk Museum, giving visitors a glimpse of changes in fashion throughout modern history.

The exhibition starts with gowns made from the 17th to the 19th century. During that period, France heralded a new chapter of Baroque art which dominated architecture, music, painting and fashion in Europe.

One intriguing piece on display is a mid-18th century corset, a popular item for women at that time. The floral patterned corset is made up of several pieces of brocade fabric being sewn together. It is also lined inside with linen.

The 18th century also saw bustles more commonly used in corsets. The buttonholes were hidden at the back with two lower tabs that extended down to the waistline, which reveals how the corset was fixed with a lower-body garment, possibly a petticoat. 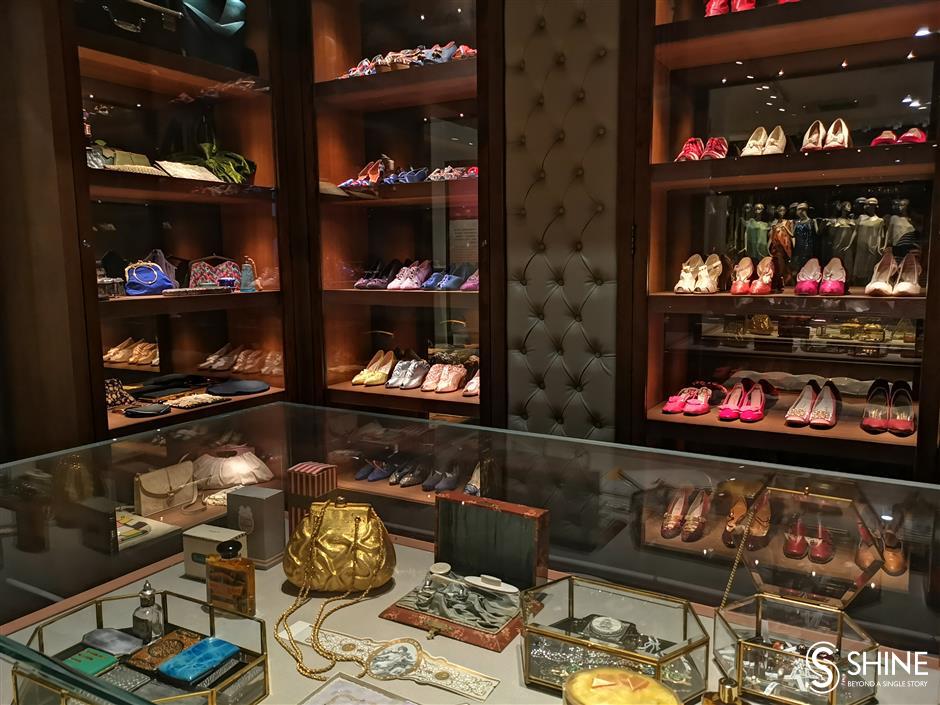 Delicate accessories including shoes, handbags and hats are on display.

When the Industrial Revolution took place in Great Britain during the 19th century, the luxurious Baroque style was gradually replaced by a neoclassical romantic style featuring wide shoulders, broad skirts and narrow waists.

New machines made it possible to produce printed textile products in large quantities. Semi-abstract and floral patterns became popular, as the exhibit showcases.

Dresses from this era were supported by bustles, a cushion, metal or whalebone framework at the back below the waist in order to expand the skirt. The exhibition contains both daily dresses and ball gowns that were worn by women in the late 19th century.

Queen Victoria’s wedding dress made white gowns popular. A displayed afternoon dress made of white high-quality linen shows a type of luxury textile from the time, exclusive to the upper class. The white color was easily stained, reflecting social status and wealth.

During the same period, corsets were lengthened to the hip to accentuate, or exaggerate, the curves of the lower body. A ball gown designed in the shape of an hourglass reflects the aesthetics of the time.

However, at the beginning of the 1910s, women started to rebel against tight corsets under the influence of Art Nouveau which featured undulating asymmetrical lines infused with a powerful rhythm, often taking the form of flower stalks and buds, vine tendrils, insect wings and other delicate and sinuous natural objects.

Paul Poiret and Mariano Fortuny, two leading designers of the late 19th and 20th centuries, removed the traditional corsets and bustles and created a new popular style that highlighted the waistline of dresses.

In 1926, Coco Chanel designed a range of glamorous and youthful haute couture, which has deeply influenced fashion ever since.

In 1947, Christian Dior launched his first collection, which went down in fashion history as the “New Look.” It was revolutionary, characterized by a small, nipped-in waist and a full skirt falling below mid-calf length, emphasizing the bust and hips. The New Look became a refreshing antidote to wartime austerity and defeminizing uniforms. The debut collection helped France regain its preeminence in fashion.

However, haute couture has no longer dominated the social trend since the 1960s. Fashion styles have diversified with more innovations. More trendsetting designers sprang up, including Calvin Klein, Ralph Lauren and Donna Karan, injecting vibrant energy to the industry and market. The exhibition also shows their designs. 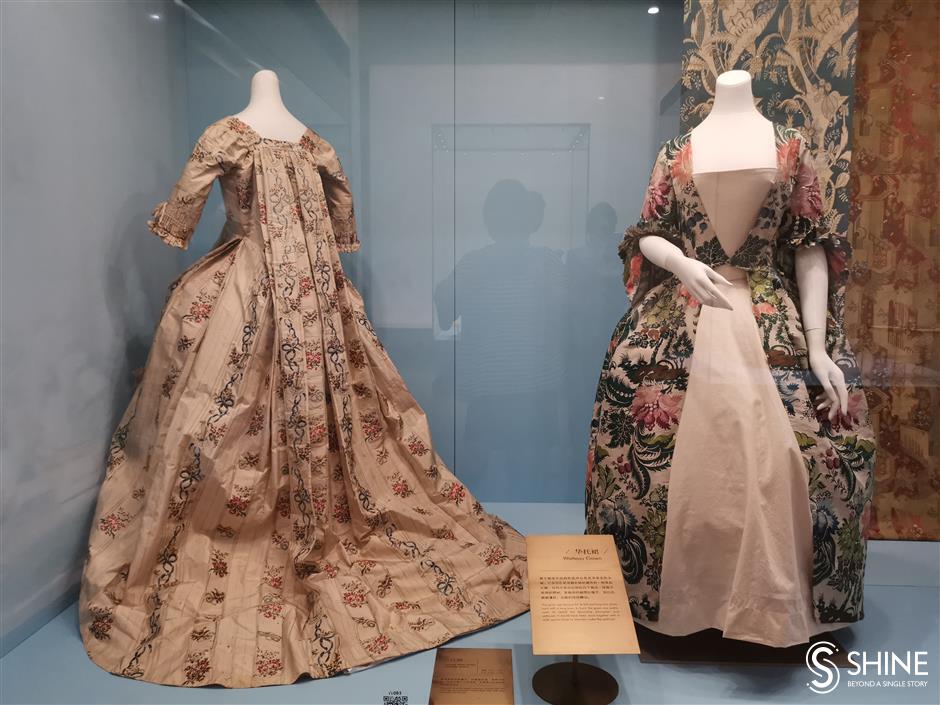 Date: Through August 31, closed on Mondays 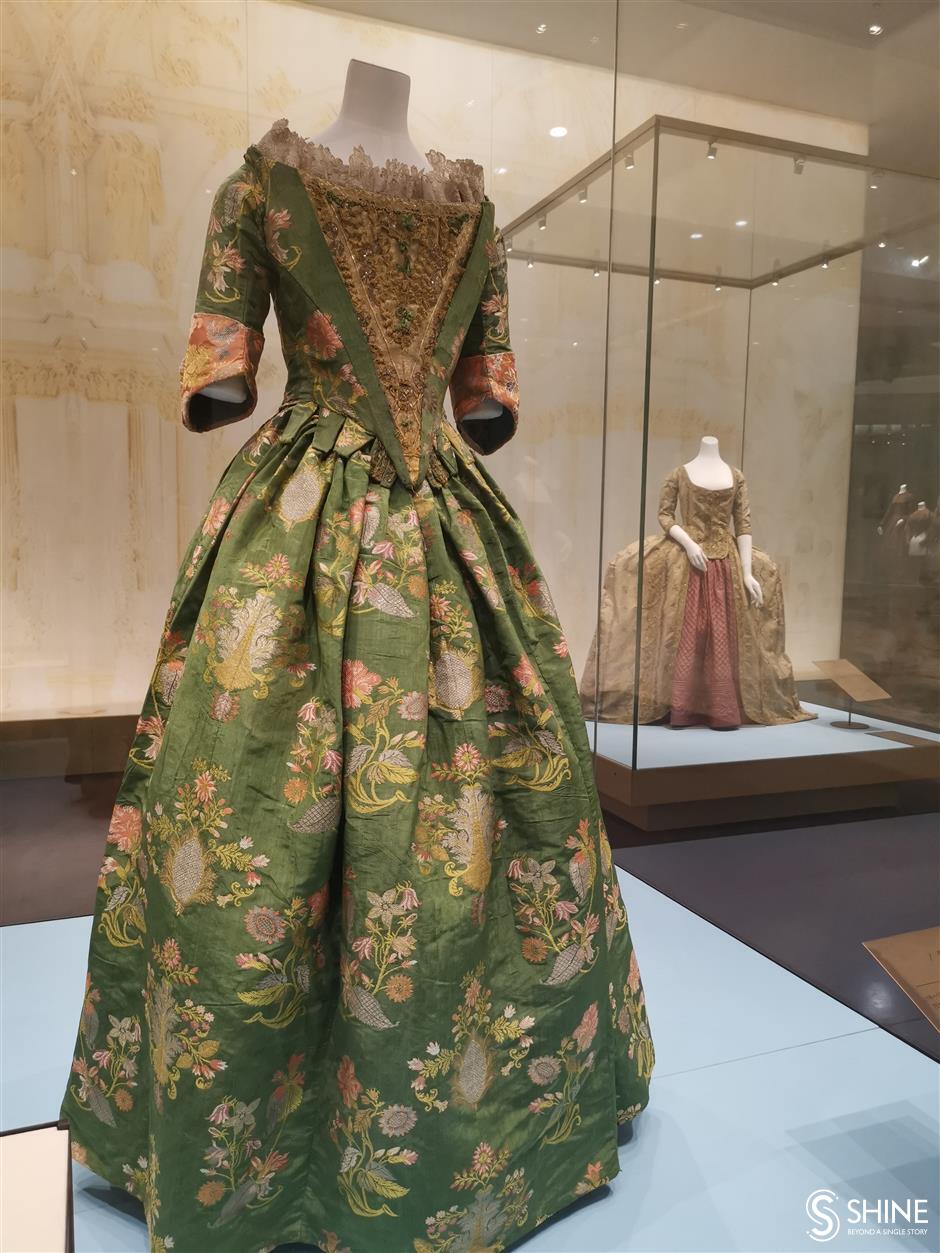 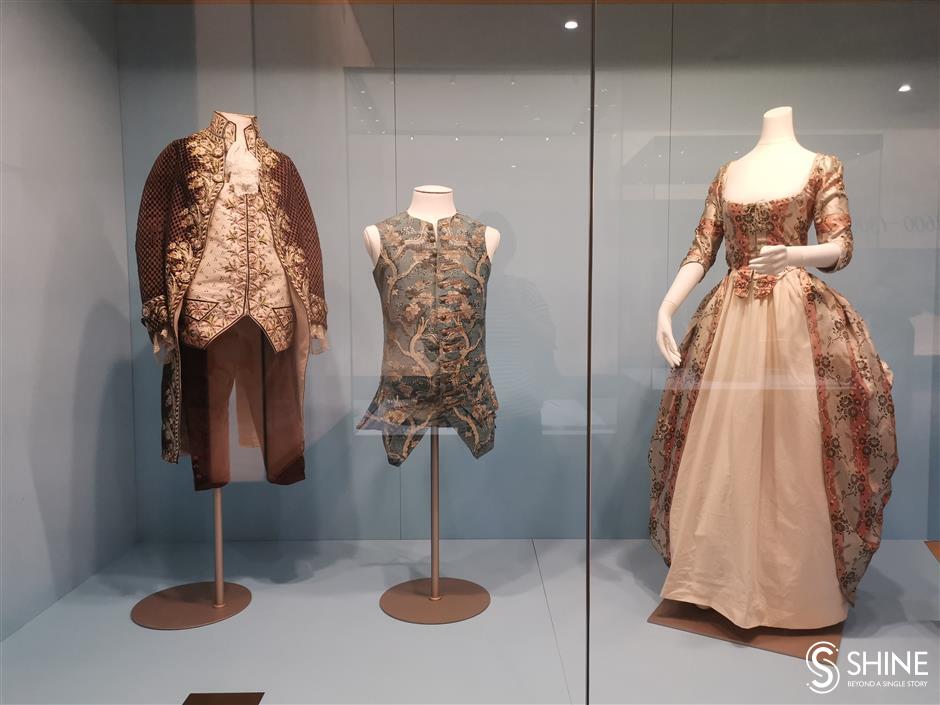 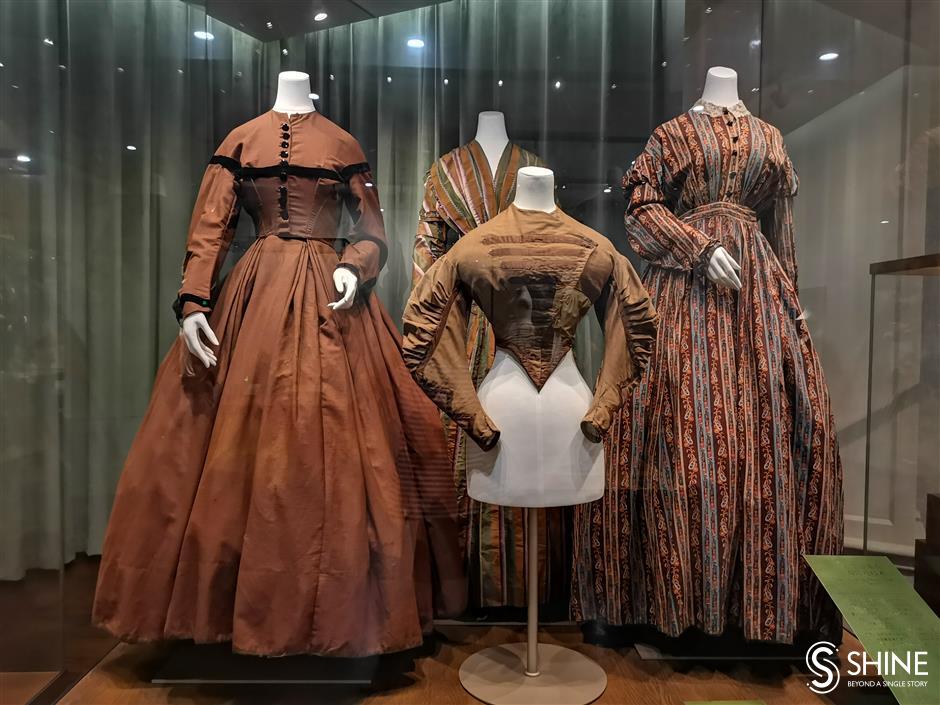 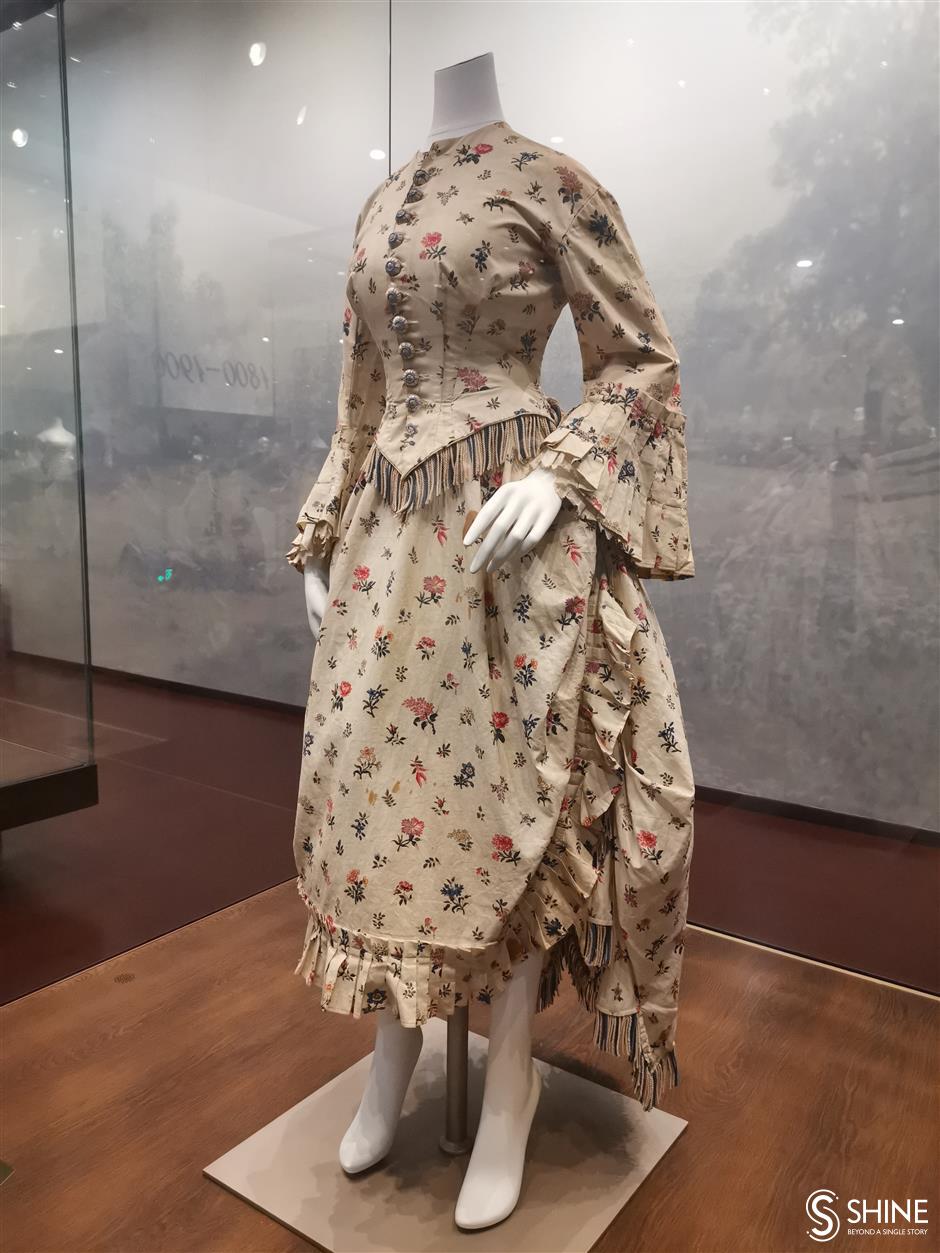 Ornate women’s costumes in different times are on display to give visitors a glimpse of changes in fashion throughout modern history.