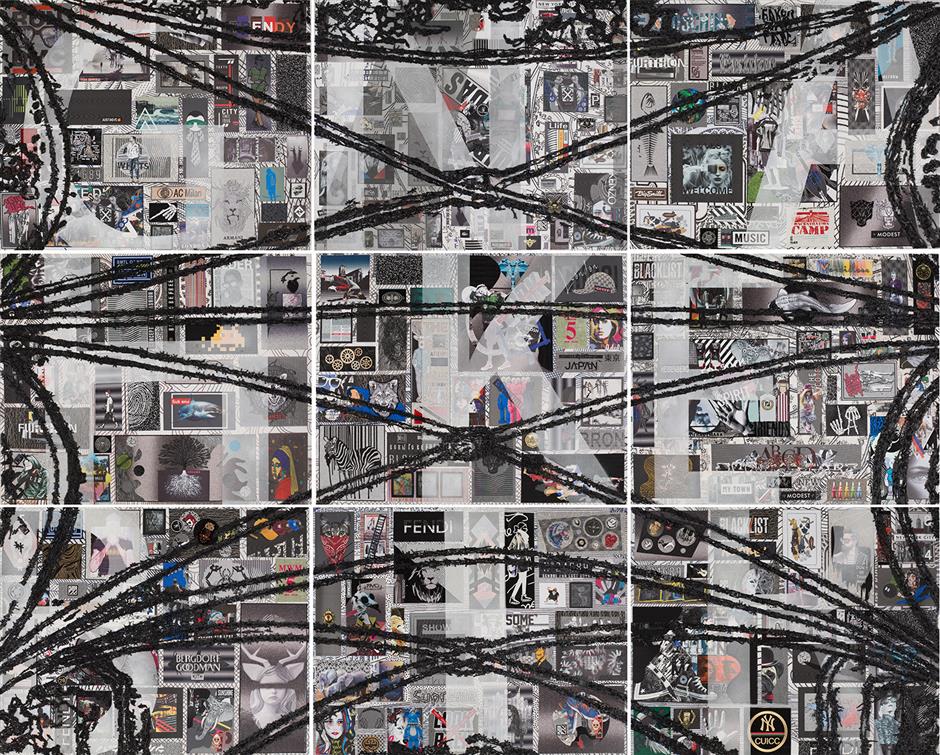 Throughout history, disasters have changed and reshaped human behavior and ways of thinking. Due to the coronavirus outbreak, 2020 will surely be written in the history of human civilization as a profoundly earth-shattering year.

The group exhibition “One Hundred Days of Solitude” at the Art+ Shanghai Gallery reveals several artists’ attempts to recreate and capture this new sense of life.

“As an artist, we should present this special period in our work to explore the hidden depths of the unconscious mind,” said Ye Hongxing in reference to the art she created after spending time in Europe as the pandemic spread.

The Beijing-based collage artist planned to leave Beijing for Los Angeles in February to work for two months. As new regulations came into play, travelers from China could fly to the United States through Europe after staying there for 14 days. Ye decided to spend those two weeks in some of her favorite European cities before flying to Los Angeles.

After leaving Beijing at the end of February, she traveled to Paris, Barcelona and Amsterdam. As she arrived in each city, she recognized the familiar atmospheres bustling with life and energy. But the coronavirus cases increased dramatically in Europe during March and April. The day before her scheduled flight from Amsterdam to Los Angeles, the US government suspended flights from Europe. Consequently, she decided to return to Beijing.

Ye’s isolation series consists of six works. Five of them are collages reminiscent of maps of Beijing, Paris, Barcelona, Amsterdam and Los Angeles.

“People’s lives dramatically changed during the pandemic, which led me to contemplate how fragile life can be and how precious time is,” Ye said. “For me, it felt as if maps’ delineations suddenly became physical. Once the lines were crossed the walls were built preventing people from entering or leaving.” 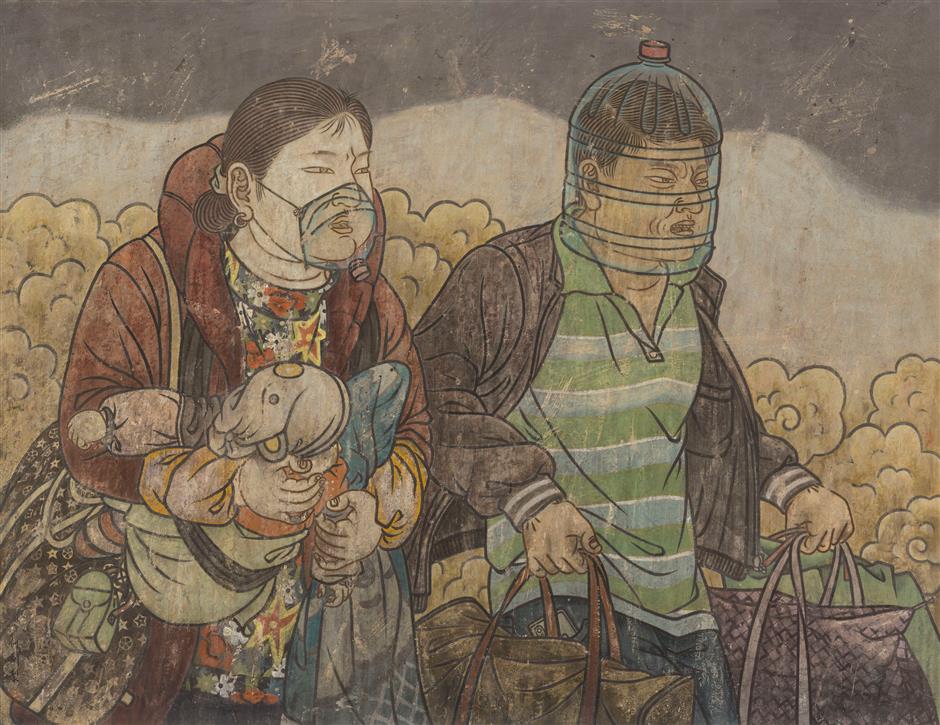 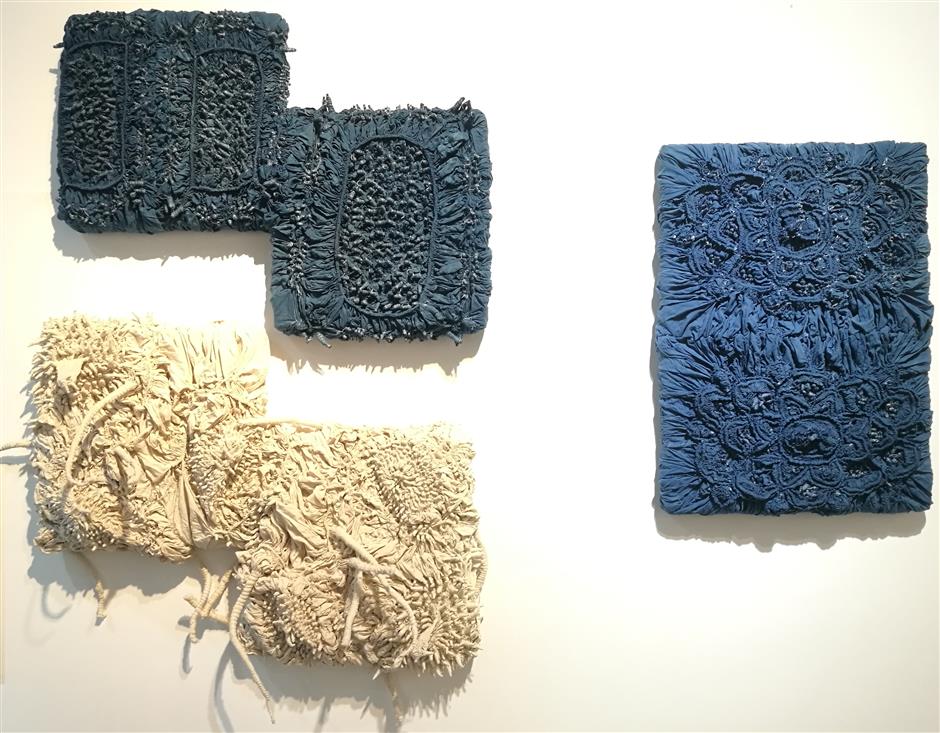 The new reality inspired other artists as well, such as Wang Haichuan, Liu Ren, He Jian, Yao Lu, Yang Xiaogang, Lin Fanglu, Chen Linggang and Huang Yulong, whose works are also featured in the exhibit. Consisting of various media, sizes and forms, each has created art from their unique perspectives of the quarantine earlier this year.

Wang produced a series of quarantine diaries on Tibetan paper, searching for a way to preserve images and colors longer through ancient paper-making technology.

Using a 3D printer, Liu sculpted a cluster of both modern and ancient gods that mock the religious practice of praying during times of grief and loss.

He created a mural depicting a family returning home for a Spring Festival reunion wearing headgears made of plastic water buckets to protect themselves from the virus.

Yang produced a series of digital drawings using an iPad that portrays people vacationing while at home — a veritable “staycation” — during the lockdown when gatherings and celebrations were strictly prohibited.

As the title suggests, the exhibition tells stories about adapting and how it felt to live and work during these extraordinary times when many artists stayed away from their studios for months but were consumed by the urge to create and express themselves.

“Contemporary art barely serves a real purpose in day-to-day life,” said Ye through a video interview with Shanghai Daily. “However, it is creatively fulfilling and spiritually inspiring.”