Lockdown forces filmmaker back to basics

The century-old villa Rong Zhai in the heart of Shanghai was alive last week with crowds of celebrities, intellectuals, movie stars and social activists to support “MIAN,” a site-specific exhibition inspired by director Jia Zhangke’s cinematic work presented by Prada Mode, a traveling social club that focuses on contemporary culture. The exhibition centered around different meanings of the word mian in Chinese.

“It can mean processed food made from ground wheat, a trajectory formed by a moving line in geometry, a meeting, a surface of things or a person’s face,” said Jia, known for giving the world a poetic and deeply personal account of the shifting social plains of modern China through his works such as “Still Life” (2006), “A Touch of Sin” (2013) and “Ash is Purest White” (2018).

The exhibition, divided into three chapters, enabled visitors to explore some of the word’s many meanings. The first chapter — “chi mian/Noodle Eating” — showed one of the earliest forms of food production through a demonstration of flour making and cooking with flour. In the second chapter — “biao mian/Surface” — Jia displayed bodily autonomy through the lens of tattoos and disco, both pursuits of rebellion and liberation. The third chapter — “hui mian/Meeting” — walked through Shanghai’s history via a series of video interviews, moving back through time in the elegant, historical surroundings of the Rong Zhai. 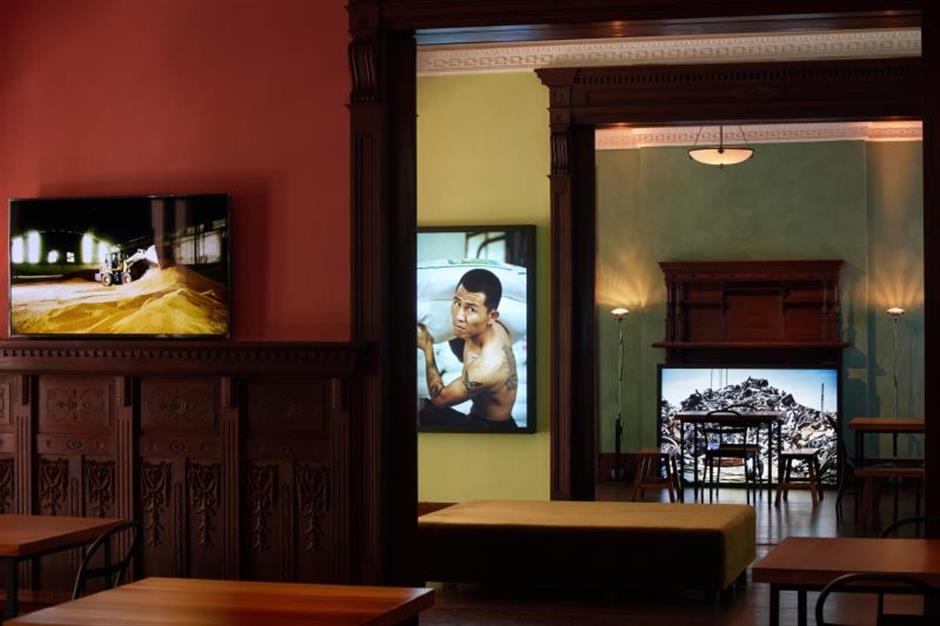 It might be one of the biggest fashion and art events held in the city since the coronavirus outbreak. Jia returned to the spotlight and shared his thinking about the effect COVID-19 has had on the film industry.

“I’d never realized a health crisis could affect the movie industry so greatly,” he said. “Borderlines sealed, flights canceled and film production stopped — the industry has become so globalized that a movie cannot be produced on our own.”

During Jia’s two-month lockdown in his hometown in Shanxi Province, he was invited by the Thessaloniki International Film Festival to make a film — but with strict guidelines: “Create a film at home, using the environment, the people or the animals in that space. The only outdoor areas that may be used are outdoor living spaces, such as the terrace, the garden, the balcony and the stairwell.”

“I was encouraged to use any available equipment to make a four-minute video that documents life during the lockdown and marks this distinct moment in human history,” he said. 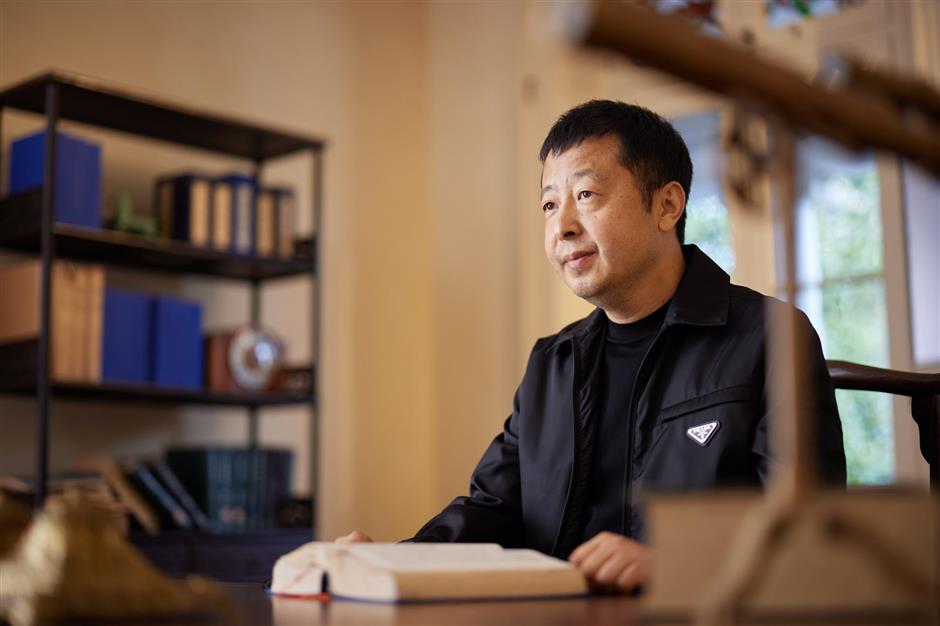 Accepting the invitation without hesitation, the director made a short video “Visit” at his home with only a cellphone and laptop. The four-minute short bore many signifiers of lockdown: face masks, handshake avoidance and hand sanitizer. Most scenes are black and white, but the sky outside is blue and clear, likely suggesting a desire to escape.

“Film production was transformed into a mature commercial and industrial system,” Jia said. “From script, casting and rehearsals to shooting, post-production, marketing and release, each step was strictly followed and each link was tightly coordinated. The machine-like system is highly developed now but has one disadvantage — it lacks the flexibility, freedom and spontaneity of filmmaking as a sheer vehicle of expression as it was imagined more than 100 years ago.”

The short video brought the director back to the original intention of filmmaking — to record, express and interact with what is happening right now without going through a long, rigorous, industrial production process.

“It made me feel like I was freely writing a diary about my mood in the gloom of the health crisis,” he said.

China has kept the pandemic in check, and the economy is getting back on track. But as restaurants, shops, parks and stadiums gradually reopened, cinemas lagged behind.

“I was panicked to see that some cinemas were converted into supermarkets, barbecue eateries and wedding photo studios,” Jia said.

“I was concerned where and how we watched movies would disappear. There’s a world of difference between watching a film on a cellphone or an iPad and watching one in a cinema, where hundreds of people share their emotional reactions by laughing and shedding tears.”

With cinemas closed during the lockdown, Jia said he had plenty of time to think about the way people watch films.

“I realized the technological evolution of media goes against what movie cinemas offer,” he said. “Technology breaks the big silver screen into smaller ones on televisions, computers and cellphones, while cinemas are places where masses gather. Audience segmentation results in the loss of ‘square culture,’ where the public is allowed to talk and debate directly. Cinema is also a ‘square,’ but when it’s broken and people are segregated, ideas are blocked. Film is an old art form, and it might die out one day, but I feel it’s my duty to slow down its aging process.”