Jeff Chang, one of the most popular Chinese singers whose albums have topped the pop charts for decades, reveals his alter ego as a veteran collector, with his calendar poster exhibition under way in the city.

“Singing, collecting, and making exhibitions are all interconnected for one reason — love,” Chang said at the opening of the exhibition.

Chang also has rich collections of furniture, woodcrafts and royalty costumes from the Ming and Qing dynasties — spanning the late 14th to early 19th centuries.

In 2015, he staged an exhibition of women’s dresses and gowns from the Qing Dynasty (1644-1911) in Taipei, and a special exhibit of home furnishings from the early days of Taiwan at the Taipei International Flora Exposition. 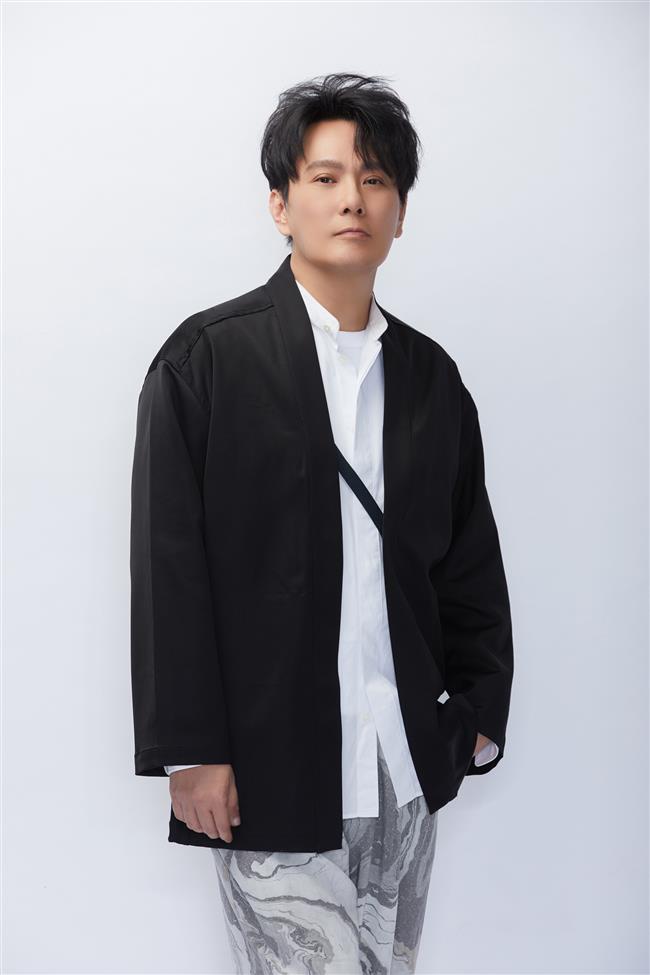 The Shanghai exhibition marks the first time Chang — who will give lectures during the exhibition — has displayed his collection of calendar posters.

“This is a rather small and ignored area, but I like to study and find deeper meaning behind these old calendar posters,” he said.

As a special chapter in the history of Chinese New Year paintings, old calendar posters should be quite familiar to the public with their distinctive images of modern women and commercial advertisements from a bygone era.

Chang said his collection dates back to a visit to Shanghai in the early 1990s when he was recording an album.

Raised in churches by his father, a pastor, Chang listened to classical mandarin music created in Shanghai as a child, which sparked his curiosity in Shanghainese culture.

While integrating classical music from Shanghai into his album “Yong Qing,” he developed a passion for collecting old vinyl records and antique furniture from Shanghai.

But it was old calendar posters that inspired him the most. Chang said he purchased some of the original drawings directly from descendants of the artists, while he found others overseas.

The exhibition hall at Aurora Museum is designed to transport visitors back in time with classical streetscapes of old Shanghai.

The calendar posters of yesteryear radiate a distant and mysterious ambience that permeates the hall. 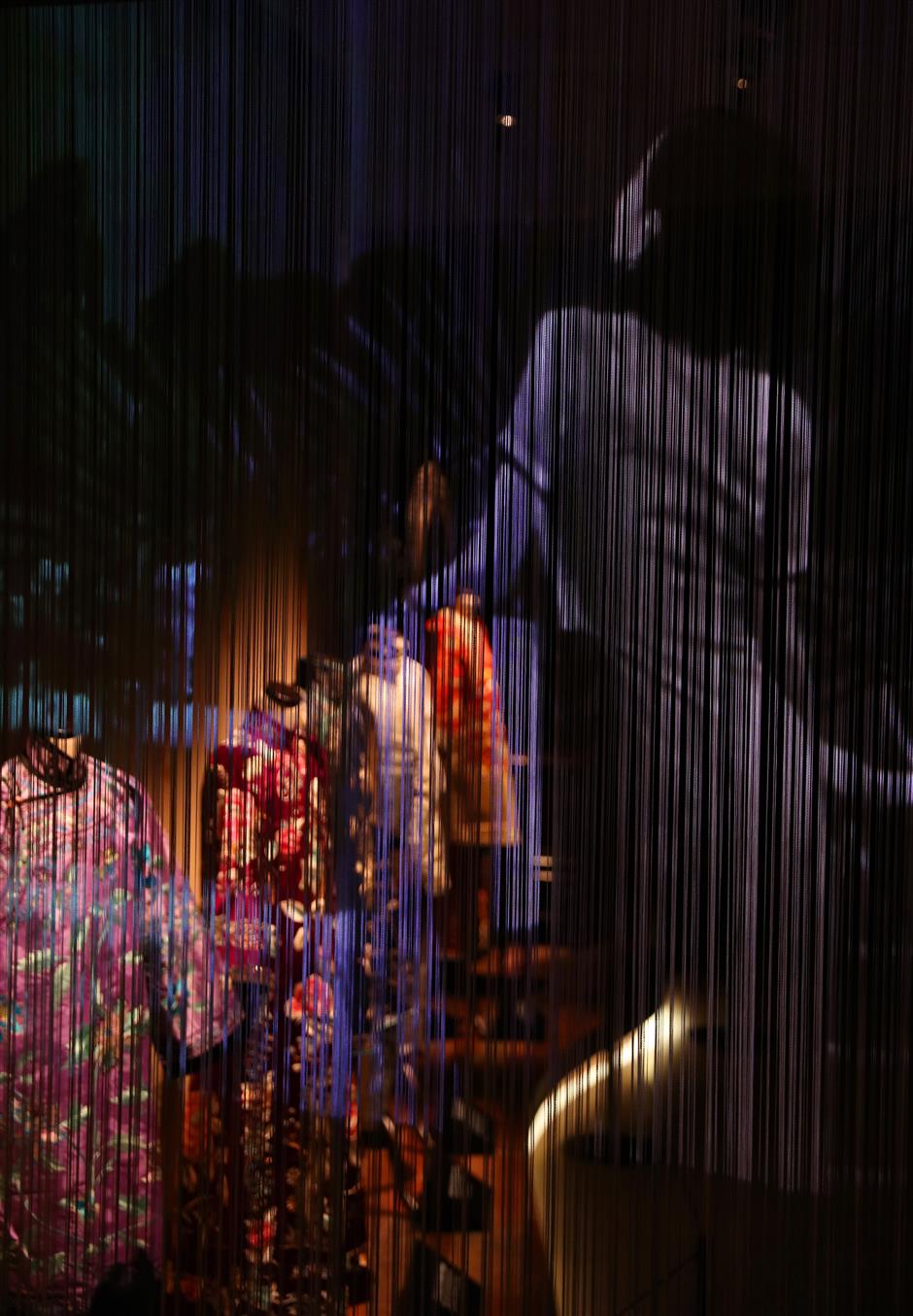 The exhibition at Aurora Museum is designed to transport visitors back in time.

Since then, the subjects of calendar posters have become more chic.

According to Chang, various fashion trends are reflected in the costumes, hair styles and makeup women wear in calendar posters.

Chang chose the most representative costumes of the 20th century for the exhibition. Seeing these costumes in the calendar posters help explain evolving fashion trends from generation to generation.

Based on his years of experience in the art and collectors’ communities, Chang invited Xue Song, a Chinese artist, and three foreign artists — including Yui Takada, a Japanese artist — to contribute to a special section in the exhibition called “Contemporary Approach.”

Using old calendar posters and classical Chinese landscapes as subjects, Xue creates scenes that meld the past and present on the same canvass. 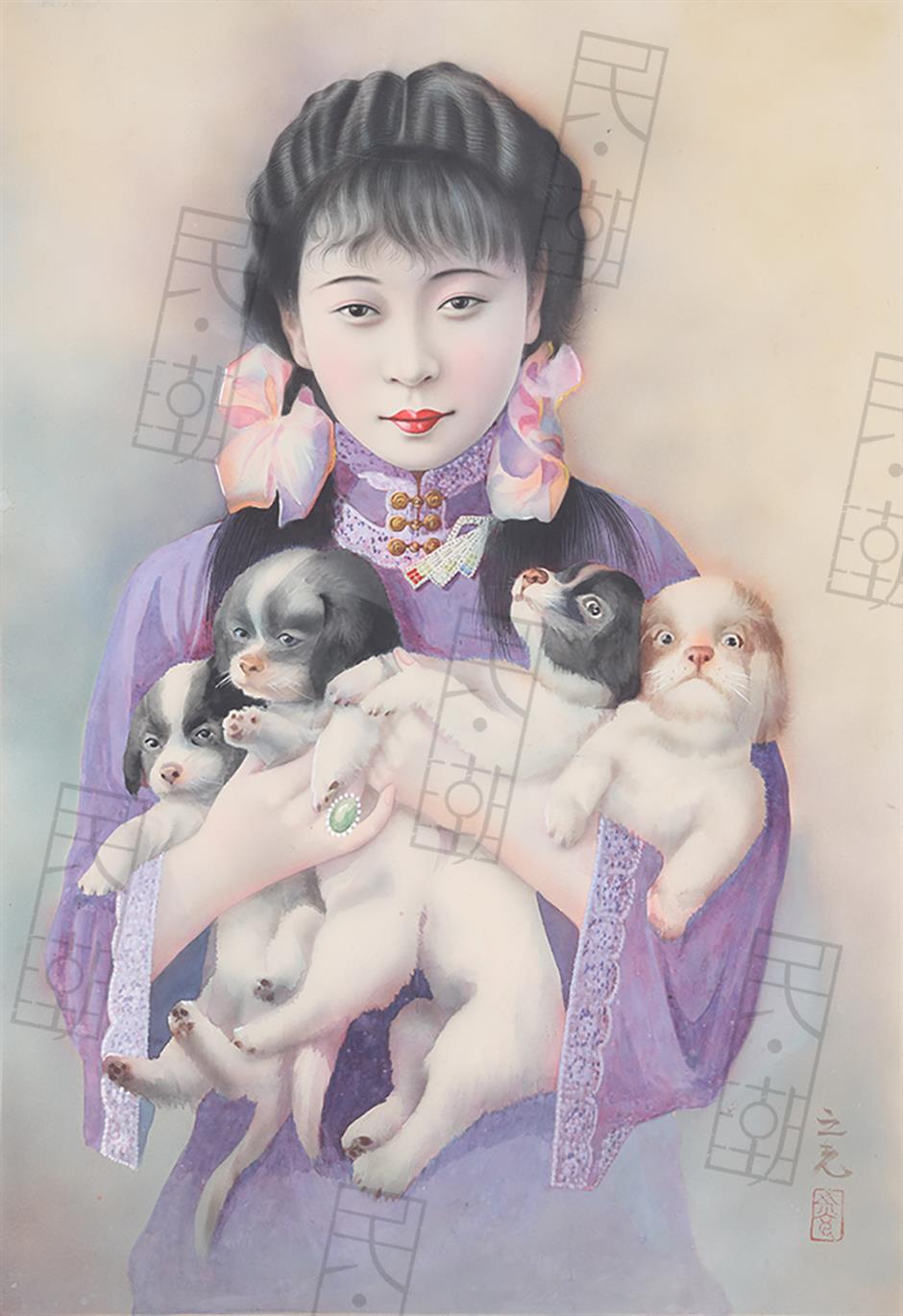 A calendar poster from the 1930s by Xie Zhiguang