Six artists are presenting a joint exhibition “Resort” at Shanghai Gallery of Art, offering their reflections on the subject — resort — a term with a surfeit of ambiguity that posits multiple conflicting realities.

The artists — Chen Yufan, Gao Weigang, Jiang Zhi, Jin Shan, Li Wenguang and Shi Zhiying, — completed most of the exhibition’s works during the pandemic. The pieces on display are not a specific response to the pandemic, but explore the realm of being, a meditation on one’s own retreat and a landscape of self.

“Artists can’t quickly respond to this global health crisis,” said Jin, whose sculptures manipulate materials such as plastic, cement and rebar. “They need time to think deeply, probably a year or more, before they can create something meaningful. It’s a painful process,”

Jin contributes five pieces to the exhibit — five heads, some ephemerally flayed and others brutally solid, but each a stunning portrait bearing testimony to the artist’s mastery of technique and form. One of his works — “Errata” — made of plastic, iron wire and polyphenylene sulfide, is a sculpture depicting three faces, a nod to the schizophrenia of modern people trying to find their true selves. 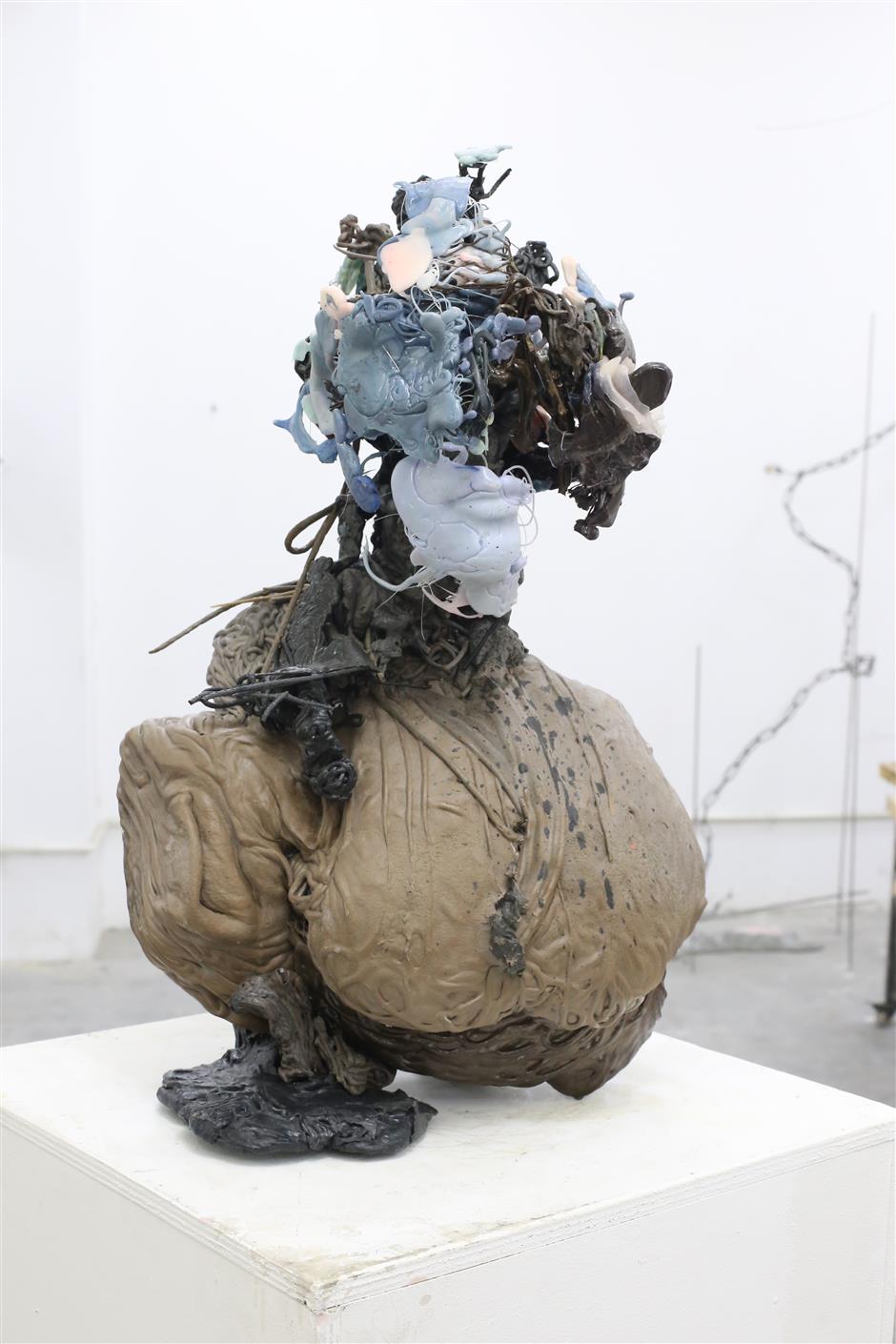 Shi evinces her fascination with natural surfaces — sand, grass, waves and even stony Mars landscapes interpreted from NASA photographs. For this exhibition, she displays works that explore both natural and man-made forms.

Inspired by China’s Buddhist caves, her two large Buddhist paintings showcase the carved-relief effect that stands out from the backdrop, providing a meditative reflection via repetition of each Buddha with subtle variations.

“They are both two and three-dimensional,” Shi said. “It was quite interesting to switch back and forth between the two states when viewing my works.” 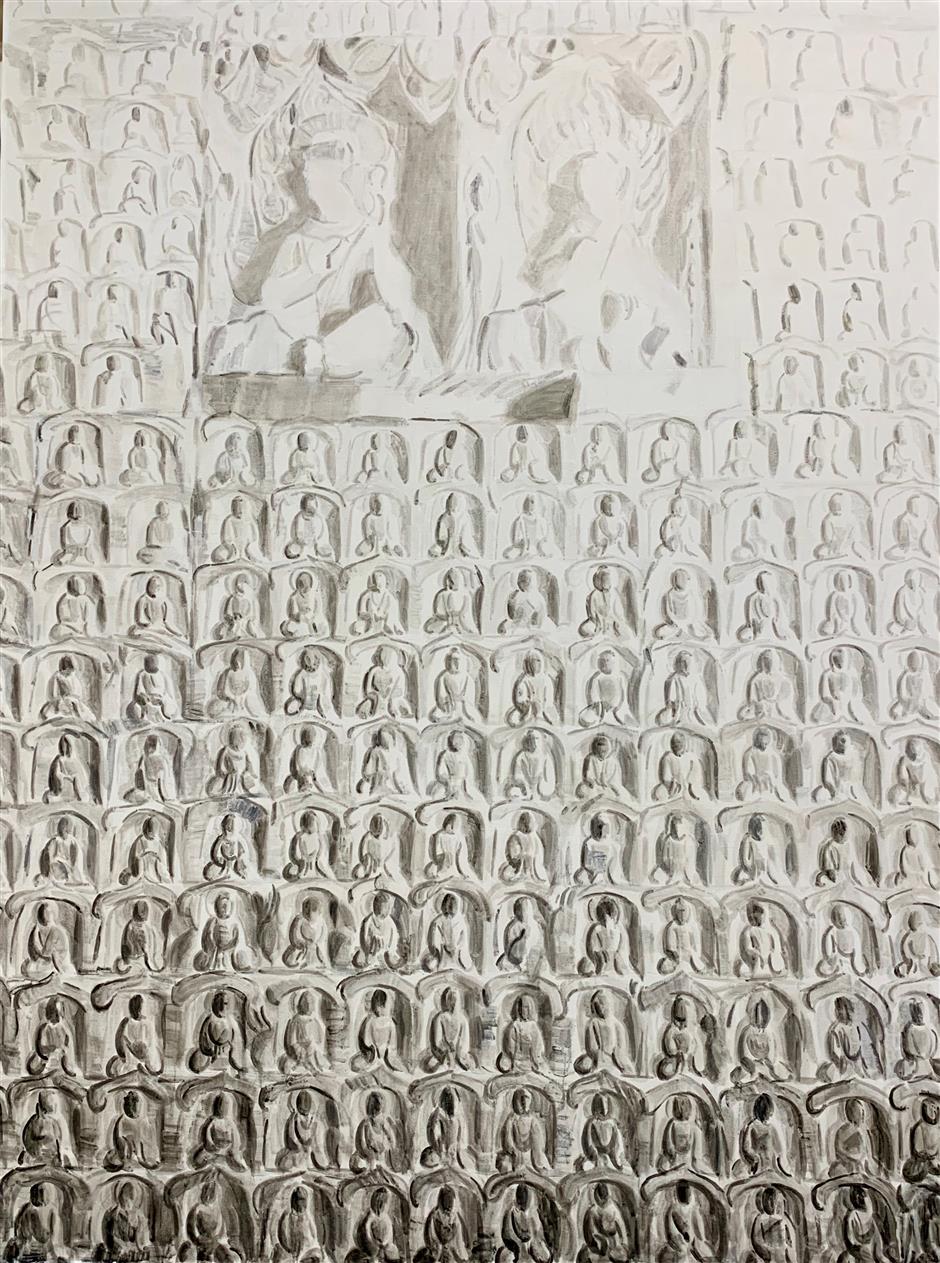 Li creates his own sci-fi universe with his signature geometric patterns on Chinese rice paper, employing a wide range of materials such as ink, oil, acrylic and chemical washes. Tapping into his vivid imagination, Li creates gargoyles in organic form with vivid bodies, limbs and heads..

“It’s all based on my imagination,” he said. “They’re not a complete story, only fragments of an idea. So I call them ‘notes.’ It’s my exploration into uncertainty, abstraction and surrealism.” 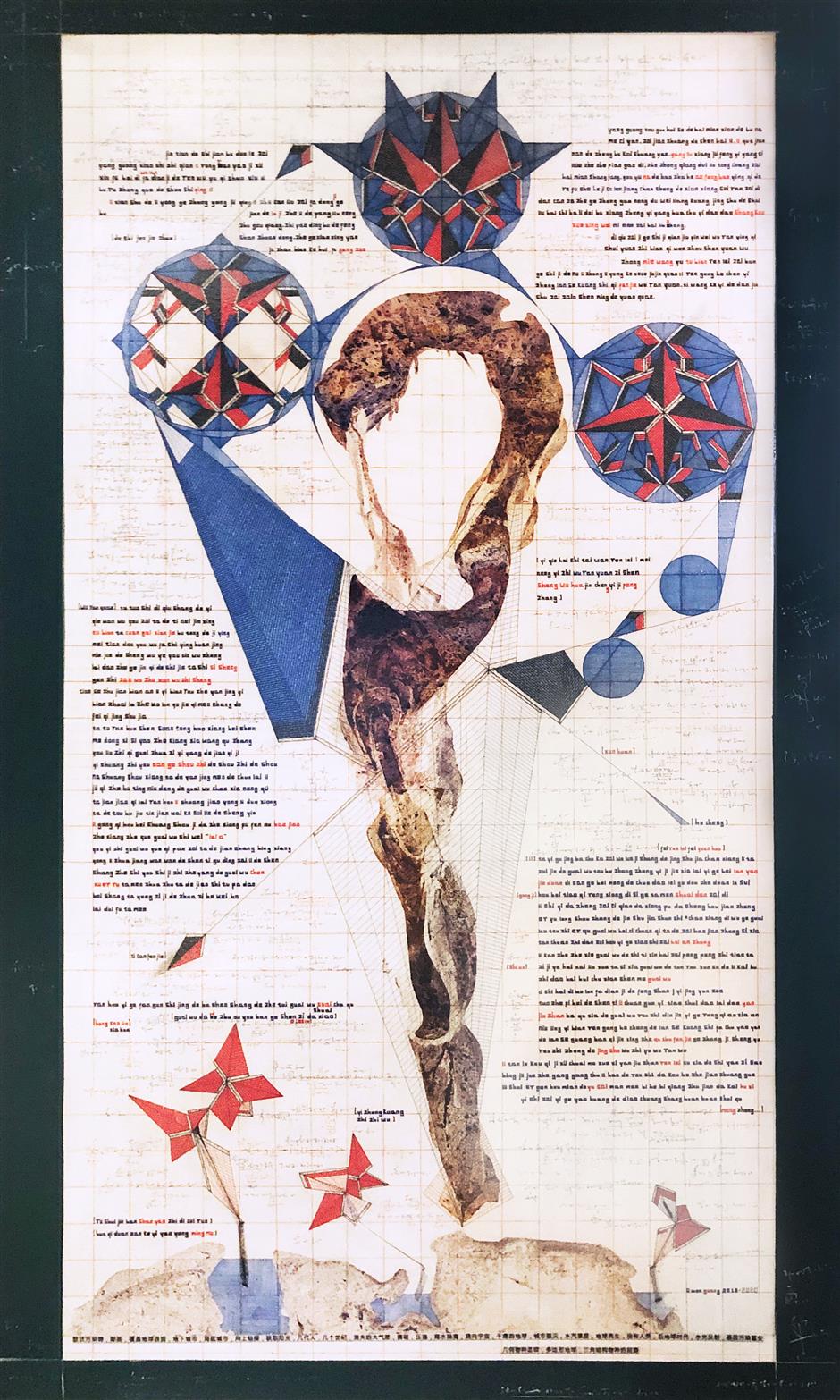 Gao displays a series of pure canvases, focusing on a subject that periodically surfaces in his work — the simultaneously alluring and haunting faces of Mount Qomolangma.

“Probably because I’m from cold northern China, I’m always interested in themes of coldness and distant places,” he said.

The paintings, as with much of Gao’s work in other media, combine beguiling beauty and technical mastery, with a manipulation of scale that challenges viewers to find their place in relationship to the canvas. 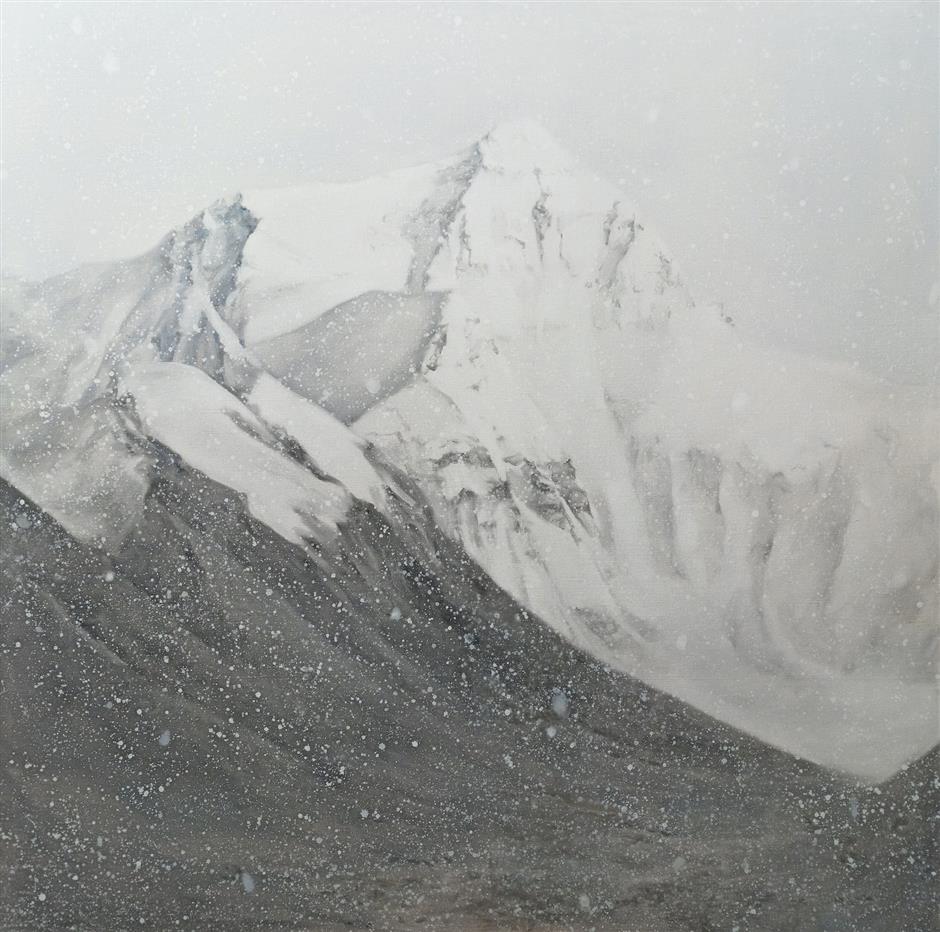 Jiang has explored the use of screen printing and brushstrokes in recent years. His works are simple linear creations, pushing figurative images to the edge of abstraction.

“You can take it as a painting, which can be hung on a wall, or a sculpture,” Chen said. “It all depends on your interpretation.” 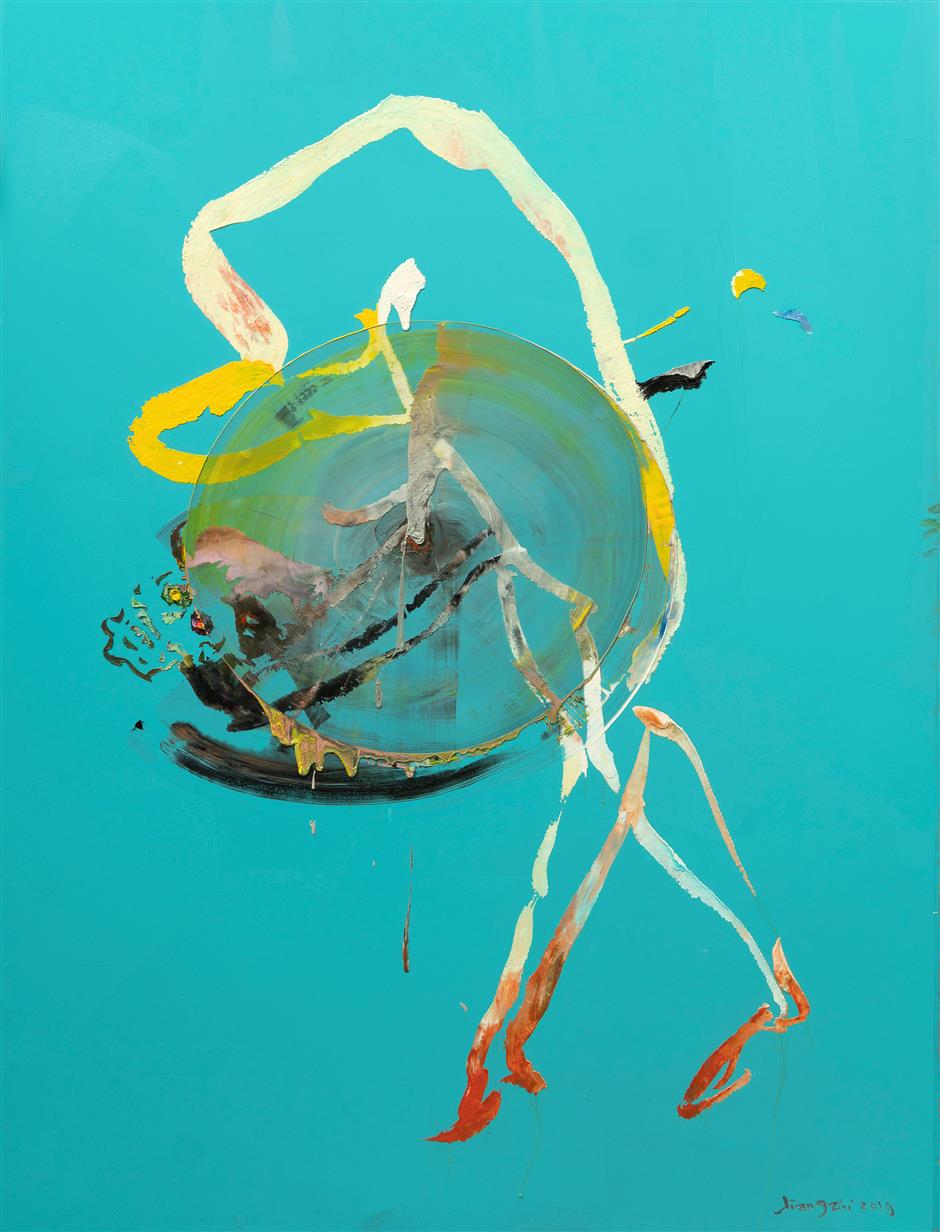 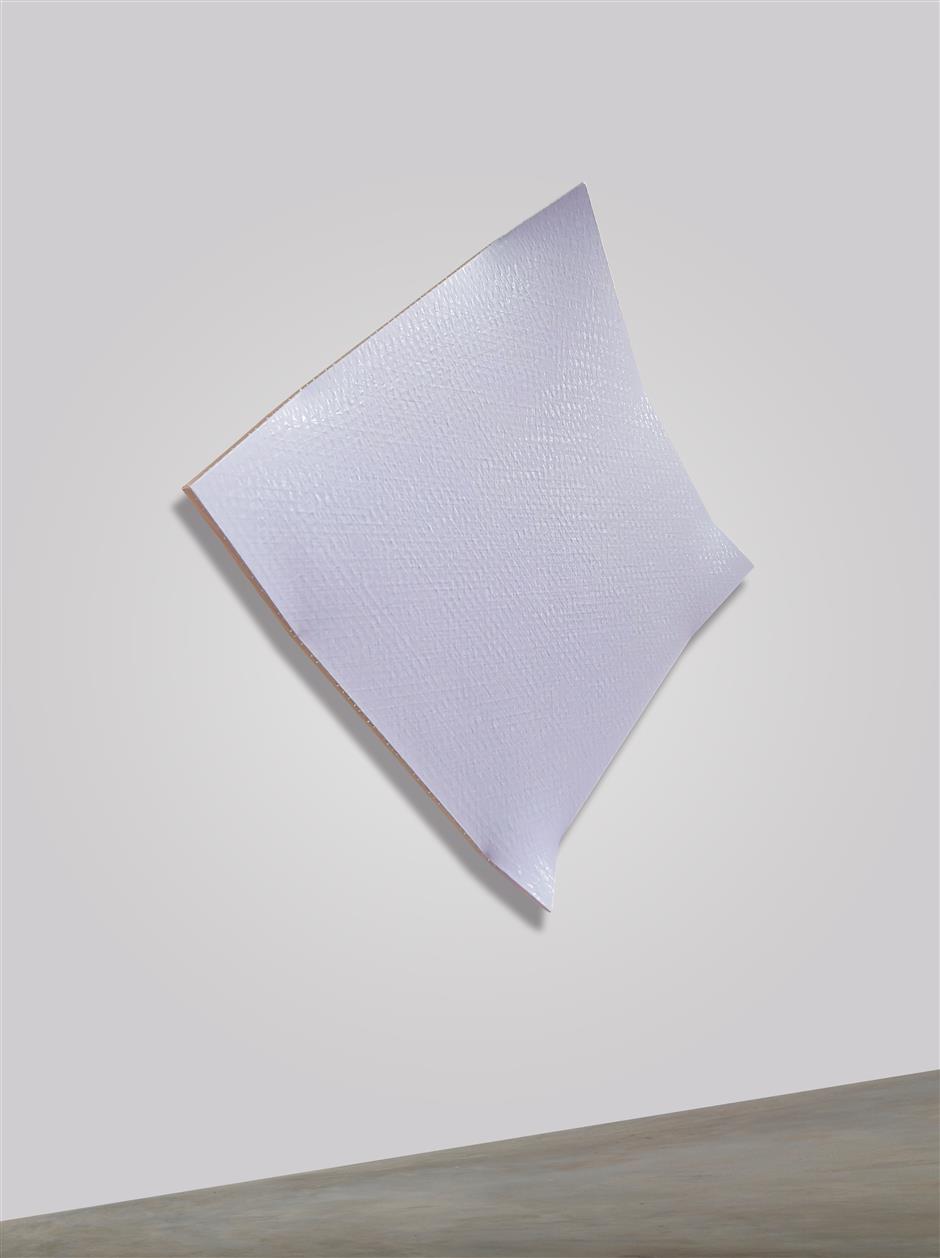