You’ll need a good pair of comfortable shoes and a lot of stamina to see everything exhibited at different art spaces and galleries across the city during the November art season.

Not surprisingly, there’s a lot to see after almost six months of silence due to COVID-19, as the city’s art scene resurrects itself.

An artsy atmosphere seems to permeate the entire city, and a visual feast is set to dazzle the eyes of local art lovers.

One of the most famous Chinese artists on the international art stage, Yang Fudong devotes “Endless Peak” to paintings, photography and video installations that create a narrative structure for viewers.

“Painting as a film,” a concept the artist has been developing for decades, explores the spiritual “landscape of people.”

The exhibit’s title, “Endless Peak,” represents continuous mountain ranges in a vast sea of clouds that appear when looking into the distance from the top of a mountain.

Based on that concept, Yang’s inspiration flows from figures and stories seen in traditional paintings from different dynasties, through which he portrays his take on contemporary spirituality.

‘Stories from the Room’ at Rockbund Art Museum

“Stories from the Room” is an open call project by artist Jasphy Zheng in collaboration with the Rockbund Art Museum, with the deadline of December 30, 2022.

As a temporary installation hosted by the museum during its temporary closure from November 7 to January 3, Zheng will present the stories she has received from anyone who wishes to write down their experience since the outbreak of COVID-19.

Their letters are housed in folders made of red copper. The empty exhibition hall, with several small cabinets on the floor, is reminiscent of a silent reading room.

The project was initially staged in Japan in May and has since expanded as a concept spanning different countries and regions, including Australia, Kazakhstan, Serbia and as far as Ethiopia.

If you would like to participate in this ongoing project, send your letters to jasphy.opencall@gmail.com.

Among the most anticipated exhibitions of the year, “Liu Wei: 散场/OVER” is a large-scale installation that combines sculpture, video and painting, an outgrowth of Liu’s personal reflections on the unique moment in human history that is the year 2020.

The 2,800-square-meter exhibition space opens with a prelude — “Dark Matter” — a site-specific installation representing hidden and invisible existences where one side leads to Earth and the other to the cosmos.

The exhibit pivots on the largest installation, “1,098.1 Tons of Desert,” where desert sands serve as material and landscape indicators, drawing the viewer’s attention to the core regions of the world’s political, economic, and cultural conflicts — the Middle East, Africa and Central Asia — shedding light on land, capitalism, colonization, trade and climate issues.

Liu is among China’s first generation of “New Wave” artists. For years, his art has been influenced by the realities and changes brought about by China’s urbanization and globalization.

‘Design and the Wondrous: On the Nature of Ornament’ at West Bund Museum

“At the heart of the exhibition, nature photography from the early 20th century and 3D-printed objects evoke the “cabinets of curiosities” from the 16th and 17th centuries in which natural, scientific and artistic objects were placed together to form a dialogue with the setting.

The museum is celebrating its first anniversary with this exhibition and two other projects — “Marguerite Humueau: Gisant II,” an audio-visual installation, and “Carte Blanche to Jerome Bel,” a dance project that includes three on-site performances and six dance videos. 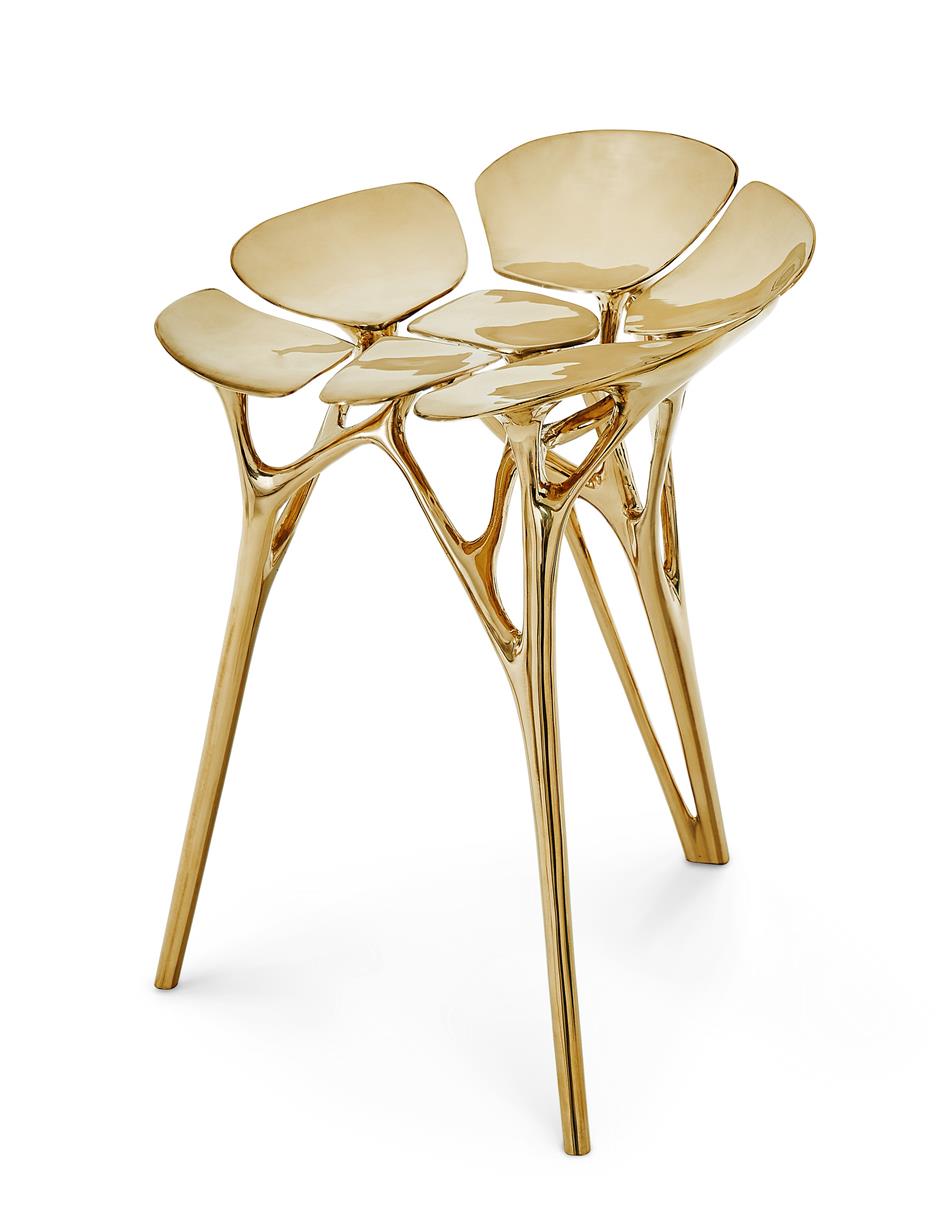 ‘Works from the Cloud, celebrating 5 years of Annealing project’ at Shanghai Museum of Glass

The Shanghai Museum of Glass’ “Annealing” project began in 2015. Over the past five years, the museum has commissioned some of the best Chinese contemporary artists — including Zhang Ding, Liao Fei, Yang Xinguang, Bi Rongrong Lin Tianmiao and Liu Jianhua — to create large-scale, site-specific glass installations.

This project challenges the boundaries of glass, leveraging the enormous energy contained in it. Rather than a gathering of works from the past five years, the exhibition aims to create an experience in appreciation beauty and excellence. 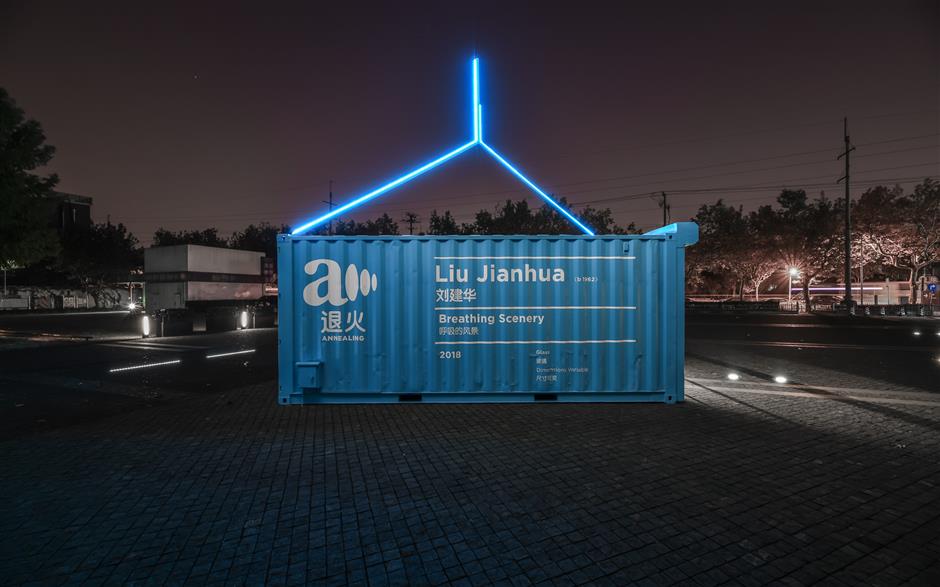 ‘Zhang Enli: A Room That Can Move’ at the Power Station of Art

The “Zhang Enli: A Room That Can Move” is the Chinese artist’s largest, most comprehensive solo exhibition ever, a retrospective featuring more than 100 paintings spanning his 30-year career.

Curated by Hou Hanru, Zhang’s paintings are divided into three parts — figurative paintings from the 1990s focused on ordinary people and their many challenges; still-life paintings created after 2000, mainly depicting “containers” that trace the passage of time; and more recent abstract paintings that record memories and explore the subconscious.

Zhang initially rose to fame through his still lifes. Born in 1965 in Jilin Province, his works can be seen throughout the world. 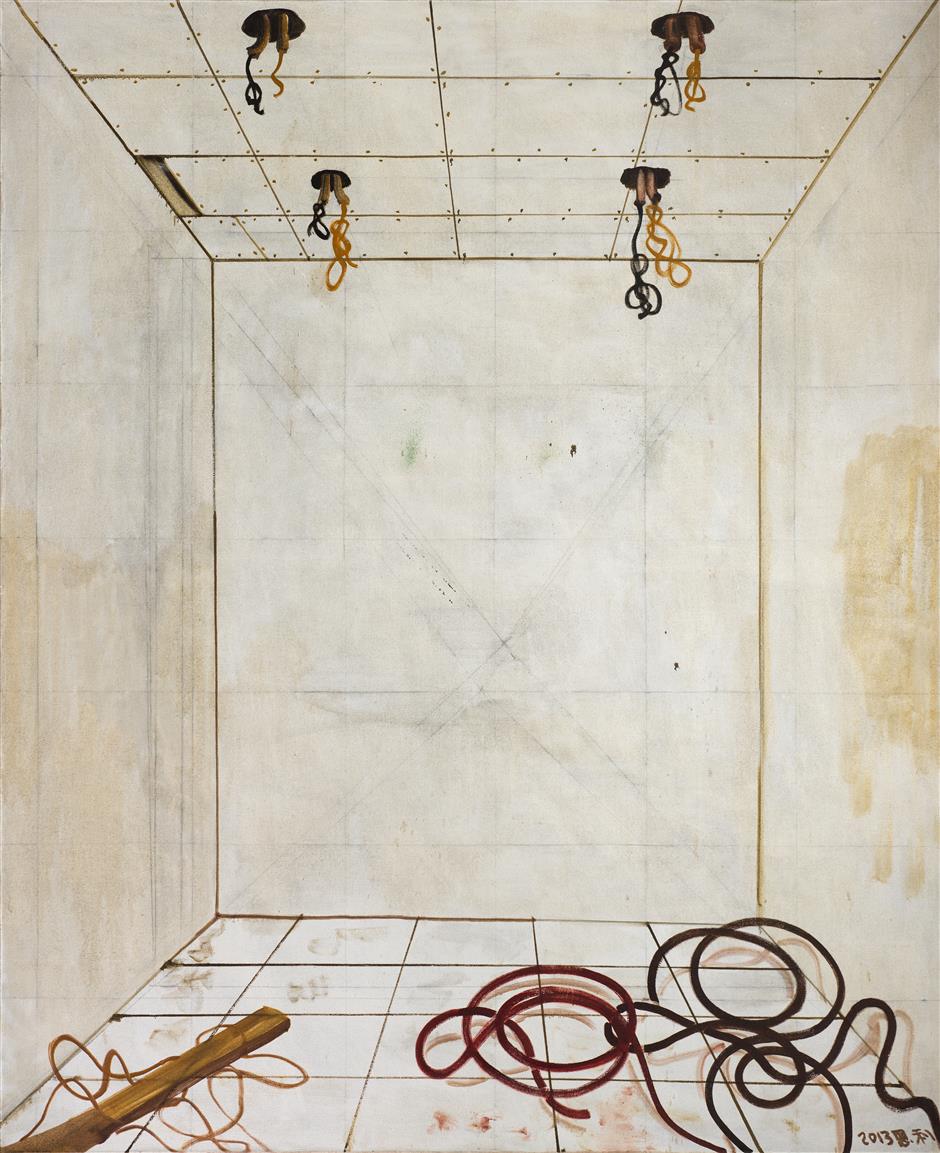 M50 was one of the earliest art hubs in the city, and “M50 Shanghai Contemporary Art Week” celebrates its rich history from November 11 to 15 at 50 Moganshan Road.

Curated by Shi Yong, ShanghART’s art director, and Lulu Su from Saisen Art Space, the event is staged in 18 different galleries, six artist studios and a number of designer boutiques.

The highlight of the week is “Mountains, Plains, Seas,” a solo exhibition by Hangzhou-based artist Xue Feng. It features several of his compelling canvases and one movable installation made from a cluster of painted wood panels that resemble a mountain range.