Museum shows the heyday of rubbing in ancient times

The Shang (1600-1046 BC) and Zhou (1046–771 BC) dynasties were in the heyday of making bronze vessels in China. Though such containers were not widely used during subsequent dynasties, the inscriptions on their surfaces have provided a wealth of knowledge to scholars.

In the Qing Dynasty (1644-1911), a monk named Dashou (1791-1858) living in Jingci Temple, Hangzhou, invented a rubbing method to reproduce inscriptions on bronze surfaces.

This method turns three-dimensional inscriptions into two-dimensional marks. The technique became known as quanxingtuo (全形拓) and developed into a branch of Chinese epigraphy, attracting endless streams of literati.

Now, more than 150 rubbings on loan from five museums and archaeological research institutes are on display at Wulin Pavilion of Zhejiang Museum. This is also the first public showcase of works of Dashou collected by Zhejiang Museum. 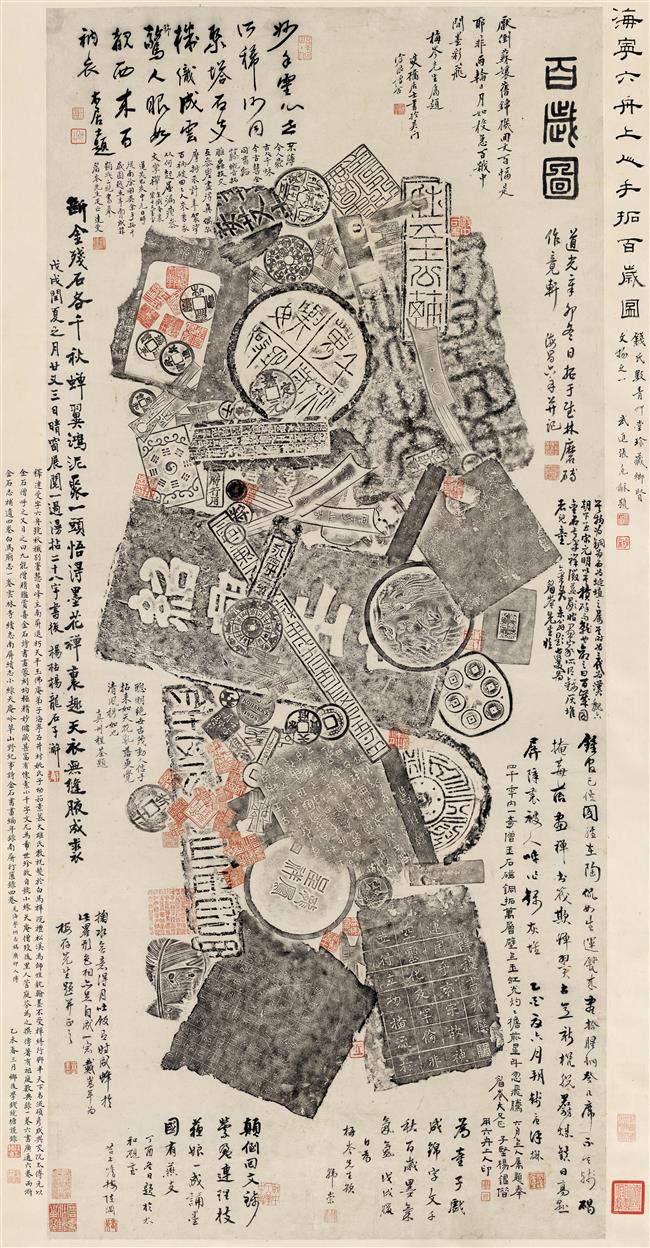 One of the highlights — A Hundred Year’s Old Picture (百岁图) — is the work by Qingda depicting more than 80 staff including coins, seals, eave tiles, bricks and inkstones, which has the meaning of blessing for longevity.

In ancient times, rubbings were the only media for scholars to reproduce bronze inscriptions. Making top-notch rubbings required not only skills, but also artistic talent.

In addition, the exhibition also shows artifacts from the Xiling Seal Society, the leading organization of Chinese epigraphy in Hangzhou. Rare rubbings from Wu Changshuo, Wu Qiunong and Zhou Quan are also on display.

In the late Qing and early Republic of China (1912-1949) era when a myriad of art societies thrived across the country, Wu established the Xiling Seal Society with other epigraphers.

“Nowadays, Xiling is cultivating the young generation of epigraphers in a bid to revive the art of quanxingtuo and carve out a new era of Chinese epigraphy,” said Chen Zhenlian, vice director of Xiling.

Exhibition of Epigraphy and Quanxingtuo