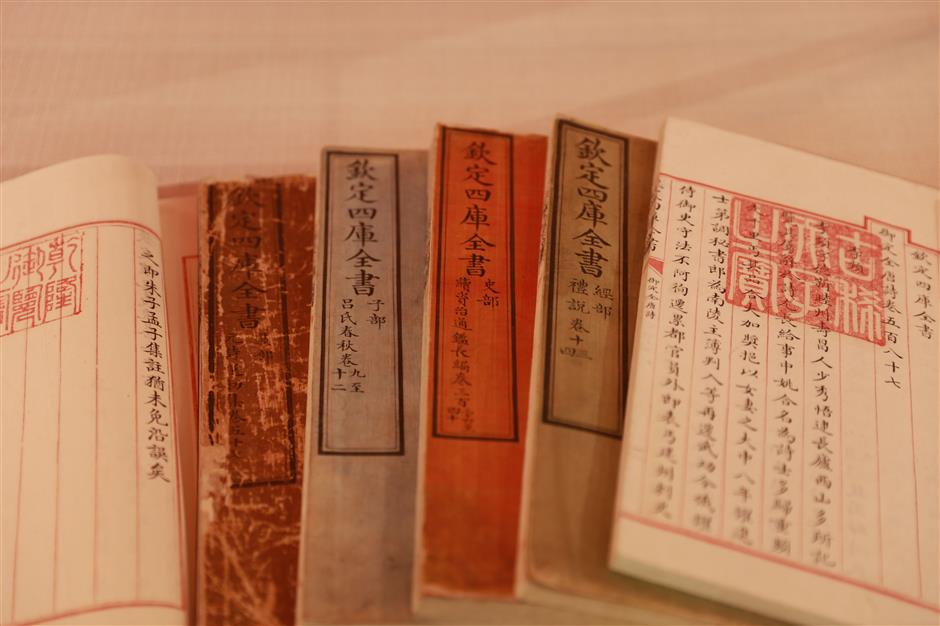 The copies of “Siku Quanshu,” or “Complete Works of Chinese Classics,” are one of the highlights at the Zhejiang Library 120th Anniversary Exhibition through November 29.

The celebration of the 120th anniversary of the Zhejiang Library started early this month with an exhibition tracing its development.

In 1900, educator Shao Zhang and merchant Hu Zaoqing established a small library on Shen’anli Lane. Two years later, it already boasted 9,499 books. From then on, it officially opened to the public, heralding a new chapter for public library services in Zhejiang Province.

The Zhejiang Library has already moved to a modern venue and has 7.4 million books and 186 terabytes of digital resources. A library pavilion that was built in 1912 on the slope of Solitary Hill is still in use for researching, protecting and repairing ancient books. 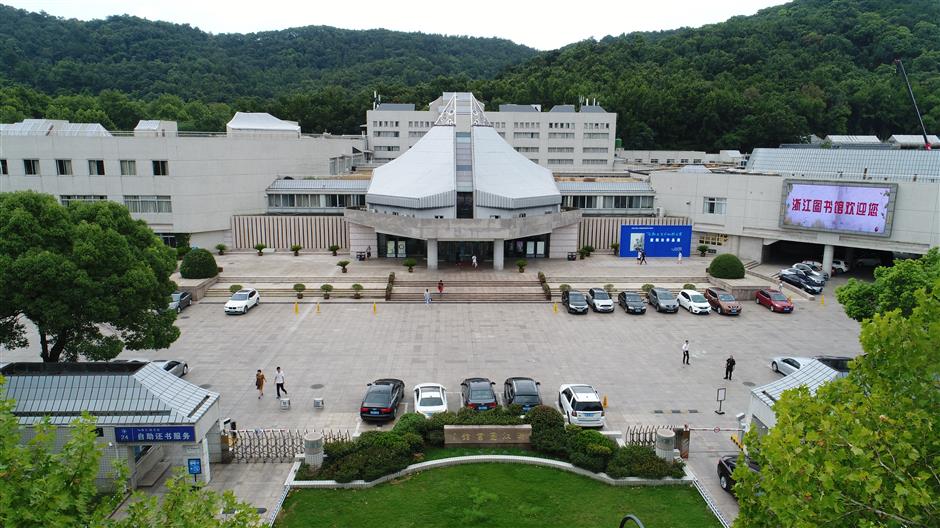 Located in Xihu District, the Zhejiang Library has 7.4 million books and 186 terabytes of digital resources.

The library pavilion built in 1912 on the slope of Solitary Hill is still in use for researching, protecting and repairing ancient books.

An ancient book exhibition is now hosted at the library’s main venue on Shuguang Road. Some items are being displayed for the first time, including a selection from the “Siku Quanshu,” or “Complete Works of Chinese Classics.”

“Siku Quanshu” has an annotated catalogue of 10,680 entries, along with a compendium of 3,593 entries. Today, only three ancient copies of the encyclopedia are preserved in the country, including the one at the Zhejiang Library.

During the Taiping Heavenly Kingdom (1851-1864), 70 to 80 percent of the text was ruined. The Ding brothers broke into the library and rescued the rest. Over the next seven years, they employed more than 100 literary assistants to copy the lost 26,000 scrolls. The repaired encyclopedia was returned to the library in 1911.

When Japan invaded Hangzhou in 1937, the then curator Chen Xunci organized workers to flee with the encyclopedia. They transported the books to a cave in Guizhou Province, then to Sichuan Province and finally to Chongqing in 1944. It wasn’t until 1946 that “Siku Quanshu” returned to Hangzhou again.

“The exhibition only shows a small portion of our ancient books. We hope to tell visitors how the library preserves historical documents, spreads civilization and passes down cultural heritage,” said Chu Shuqing, curator of the Zhejiang Library.

“The library was born during the transition from the old to the new era. It is a symbolic result of the public enlightenment, epitomizing Zhejiang Province’s stepping from a closed to an inclusive environment.”

Now, the Zhejiang Library has collected 820,000 ancient books including a wide range of rubbings and inscriptions from the Southern and Northern Dynasties (AD 420-581) to the Republic of China (1912-1949). 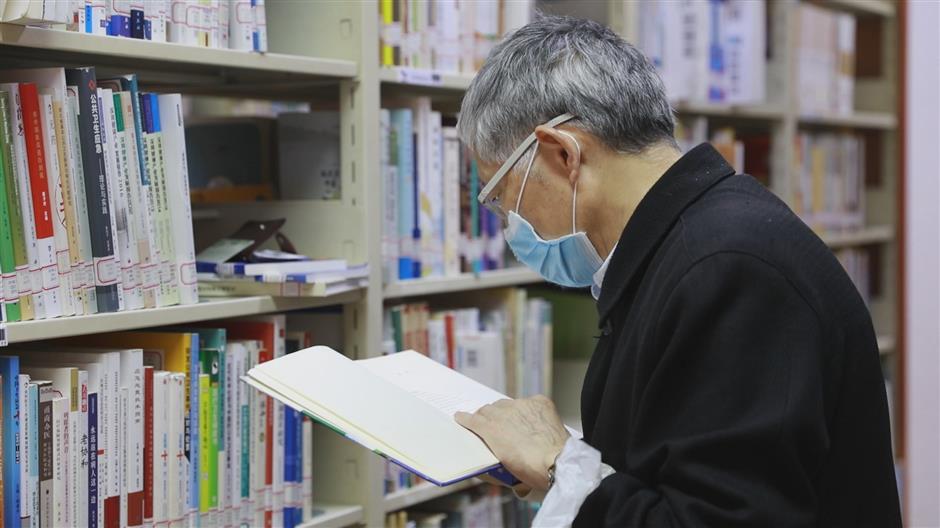 A man reads a book at the Zhejiang Library.

The exhibition shows a scroll of Dharani Sutra discovered from the underground palace of Leifeng Pagoda when the pagoda collapsed in 1924.

The scroll is believed to be printed in the Song Dynasty (960-1279) and then buried underground. Nowadays, it is an important document to learn about the ancient printing technology.

Another highlight of the exhibition is “Gujin Tushu Jicheng,” also known as the “Imperial Encyclopedia.”

Yuan Mei, a well-known poet, scholar, artist and gastronome of the Qing Dynasty, wrote a book about Hangzhou food. His manuscripts are also on display.

Part of the exhibits are the only editions in the world, making them immensely valuable properties.

The exhibition also displays “The Journal of Current Pictorial,” an illustrated magazine published in 1905. The purpose of the publication was aimed at informing the general public of events and politics in China. The displayed edition is believed to be the only one preserved on the Chinese mainland.