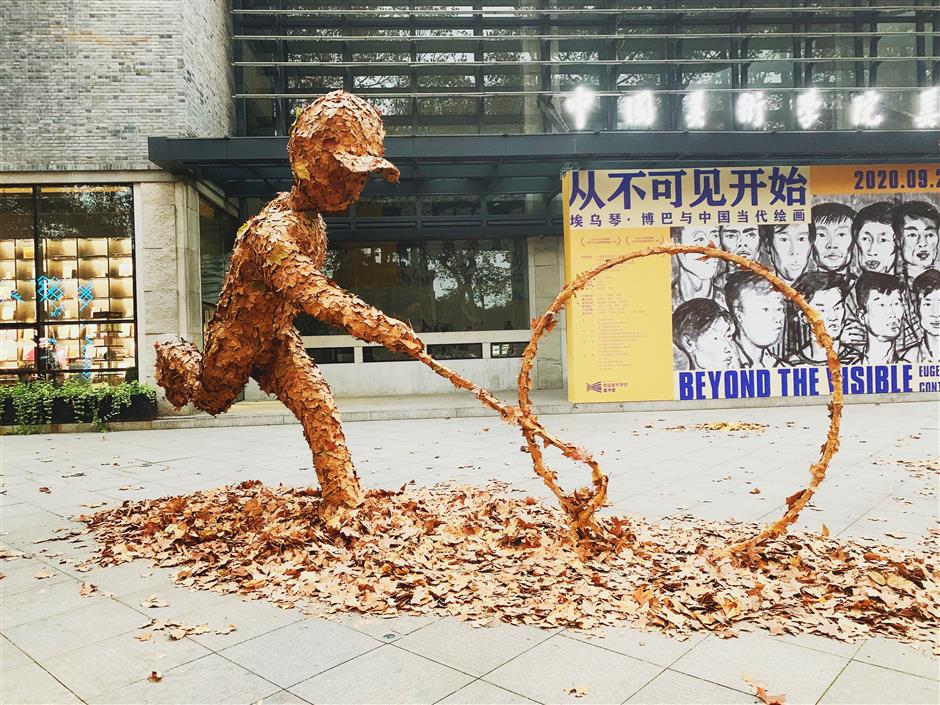 Early December around Hangzhou is known for a kaleidoscope of colors. The leaves of ginkgo, maple and phoenix trees paint the city in a mix of yellow, orange, red and gold. The sight of the colorful leaves against a clear blue sky is one of the city’s great charms.

The lush phoenix trees along Nanshan Road provide shade from the blazing sun in summer. In late autumn the golden leaves start to fall, bringing a sense of tranquility to the city. People often take a stroll down sun-dappled paths as their feet scrunch among fallen leaves.

In an effort to retain the beauty of the fallen leaves along Nanshan Road, students from the China Academy of Art have turn them into artworks every December. After 14 years, this has evolved into an annual event — the Autumn Leaves Art Festival.

Since fallen leaves are gradually decaying, the festival only lasts about two or three weeks. This year, it will end on January 3. 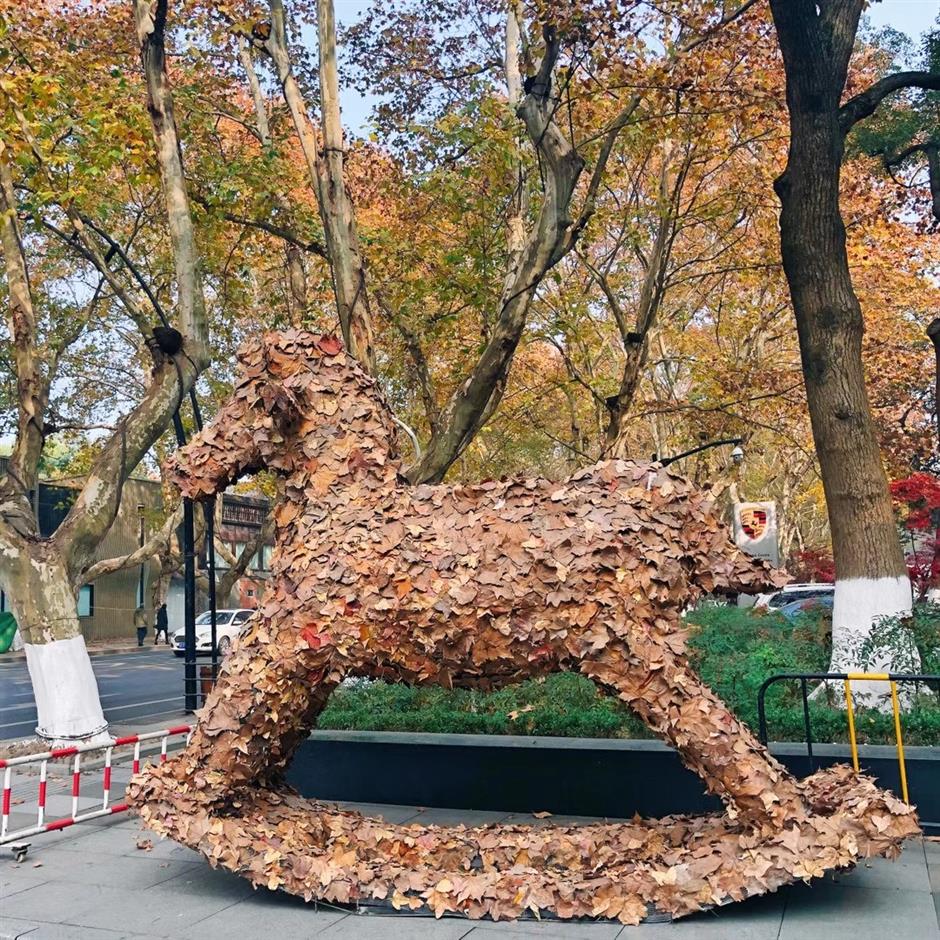 As the road traces the east and south of the beautiful West Lake, it boasts scenic spots which attract an endless stream of visitors every day.

When students were creating the works, tourists helped them gather the leaves.

Five installations themed on childhood memories have been set up in front of the China Academy of Art Nanshan Campus. An open gate made of leaves seems to welcome visitors traveling through time. A large rocking horse takes people back to their childhood. A little boy plays a traditional game called gunquan which literally means “rolling ring.” All installations that make people recall the 1970s and 1980s.

In addition to installations, a series of handicrafts and postcards themed on the festival are available to purchase at a roadside creative fair.

An open gate seems to promise a trip back in time.