A special exhibition featuring block-prints and rubbings of ancient Chinese books is under way at MUD Gallery at M50 through January 26.

Most of the items on display are on loan from important Chinese collectors, such as Fan Jingzhong and Zhou Xiaoying, according to Zhang Yanyan, curator of the exhibition.

“The show tries to reflect the classical oriental esthetics and the consistency between Chinese traditional culture and the pursuit of Chinese intellectuals,” Zhang said.

In fact, the Chinese intellectual interests could be classified into several small sections, varying from traditional ink-wash painting, calligraphy, poetry, ancient books and inks to stationary.

Ancient books and inks are recognized as the climax of traditional Chinese woodcut art. The craftsmanship in making ink stick and ink slab was at its height of prosperity for over 600 years during the Ming and Qing dynasties. Ink stick and ink slab were no longer merely considered as painting materials, but “The Four Treasures of the Study,” together with the writing brush and paper.

Some of the items have been rarely displayed to the public, such as the ink stick named “The Imperial Ten Hued Eight Diagram Ink” of the Qing Dynasty (1644-1911). 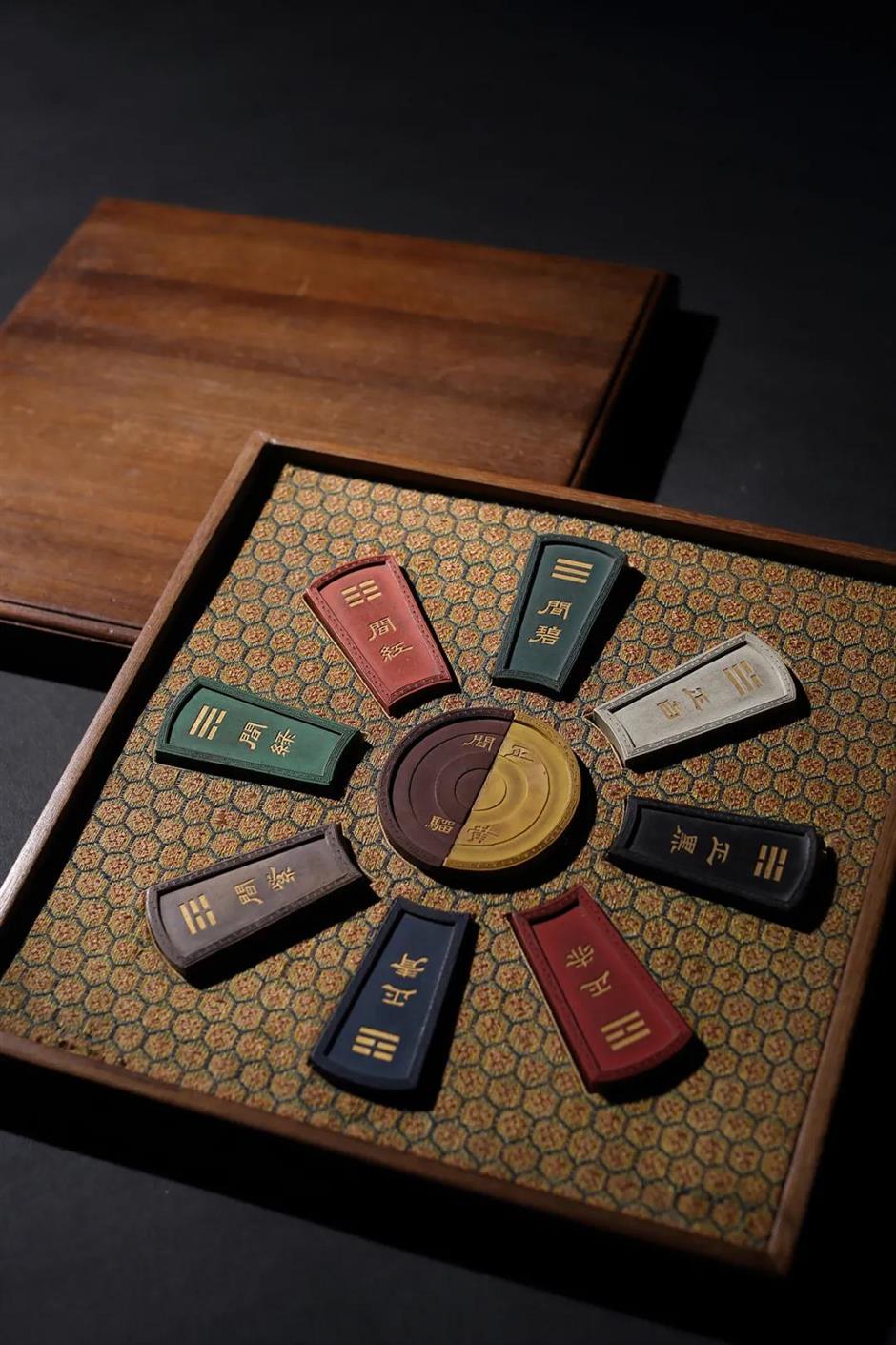