International travel restrictions created by the coronavirus pandemic have been a boon to domestic performers. Home audiences now get the chance to hear pianist Zuo Zhang, commonly known as Zee Zee, performing more frequently in China.

Her latest performance was a recital last week of “Années de Pèlerinage,” or “Years of Pilgrimage,” at Shanghai Oriental Art Center. The concert is part of a national tour to celebrate this year’s 210th anniversary of the birth of composer Franz Liszt.

“After overseas performance schedules got canceled, I didn’t want to hide away in a practice room,” said the 33-year-old virtuoso. “So I looked for all opportunities to perform on stage at home. I don’t want to lose my form, and stage performances keep me excited.”

Zee Zee is dedicated to her art. She gave birth in February 2020 and was back on stage performing a Brahms piano concerto in April. 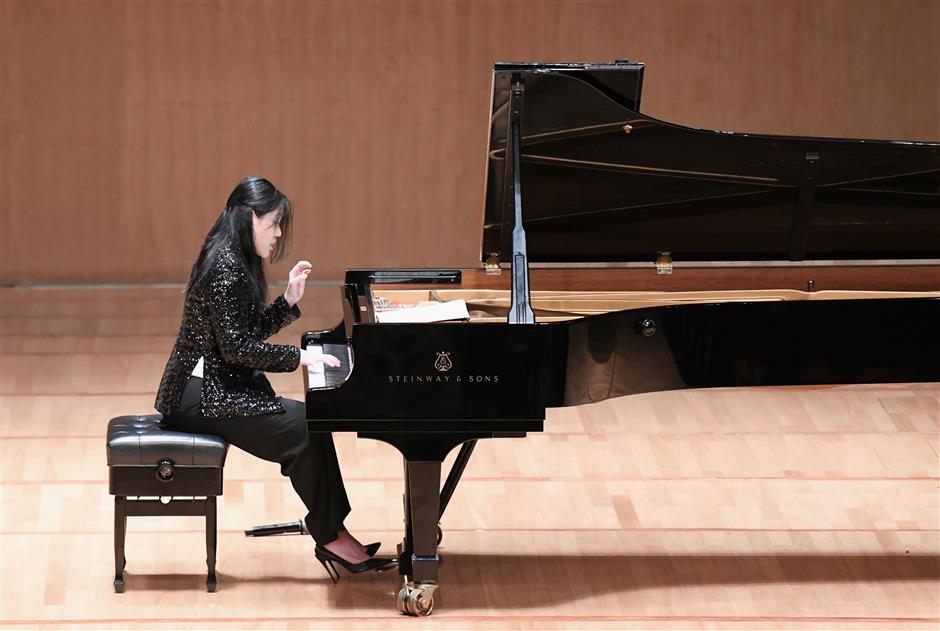 She briefly introduced each piece to audiences before performing.

“The introductions are to express the feelings and emotions composers are trying to convey,” she told Shanghai Daily, “but I do them only at domestic concerts. I hope that audiences, particularly parents who bring children, will have a greater appreciation of the music they hear.”

She added: “Attending classical music concerts is one way of inspiring young piano students, but children often lack the patience to sit through a concert. I always recommend that parents pick concerts where the music is more accessible for the young.”

Zee Zee began her musical training in Germany at the age of 5. Both her parents had jobs there, so music became a daily companion.

After returning to China, Zee Zee continued her piano studies at the Shenzhen Arts School until the age of 17. She was then invited to continue her studies at the Eastman School of Music in Rochester, New York, under the mentorship of Nelita True.

By the age of 22, she won a scholarship to study at the prestigious Juilliard School of Music in New York City, where she was honored with the coveted Petschek Piano Award. 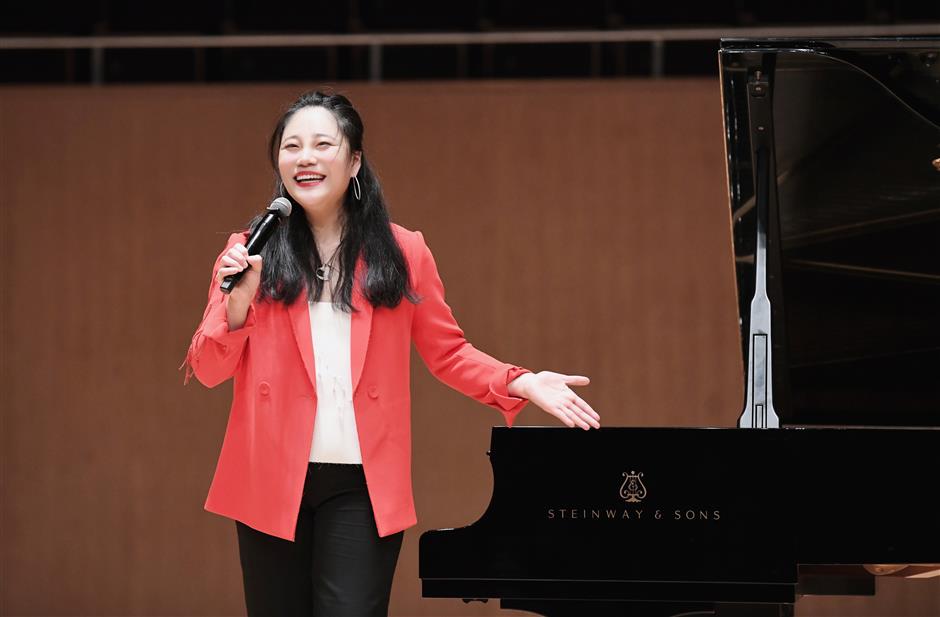 Zee Zee introduces each piece before performing it to help audiences better appreciate the music.

The selections, she said, showcase the composer’s contemplative side and great keyboard mastery.

“When people think of Liszt, they often think of his dazzling skills,” she said. “When I play these works, I see how the motifs in his music inspired Wagner and Johann Strauss.”

She continued: “‘Années de Pèlerinage’ ran through Liszt’s life. Some of the pieces were composed when he was in his 20s; some in his 70s. If I have to pick a work to celebrate his anniversary, this is my choice.”

She will perform the works in the southern city of Guangzhou next month.

“Only countries like German, Japan, the US, France and Britain have classical music markets that are mature enough to support their own musicians,” she said. “That means musicians can make a living by performing in their own countries. The pandemic has given a lot of stage opportunities to domestic Chinese musicians, including me, in our home market. I’m proud to see the potential of classical music in China.”