Telling the stories of people who made sacrifices for the Party

To mark the 100th anniversary of the founding of the Communist Party of China, eight venues in Jiading that record Chinese People’s War of Resistance Against Japanese Aggression (1931-1945) are hosting special exhibitions to the public. Follow Shanghai Daily reporter Li Xinran to have a deeper understanding of the history. 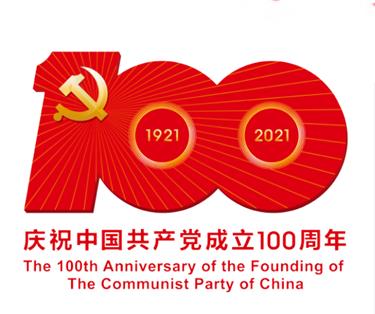 The Jiading Revolutionary Martyrs Cemetery is one of the most representative revolutionary sites in Jiading. It is also the spiritual home for Jiading Party members in the new era. 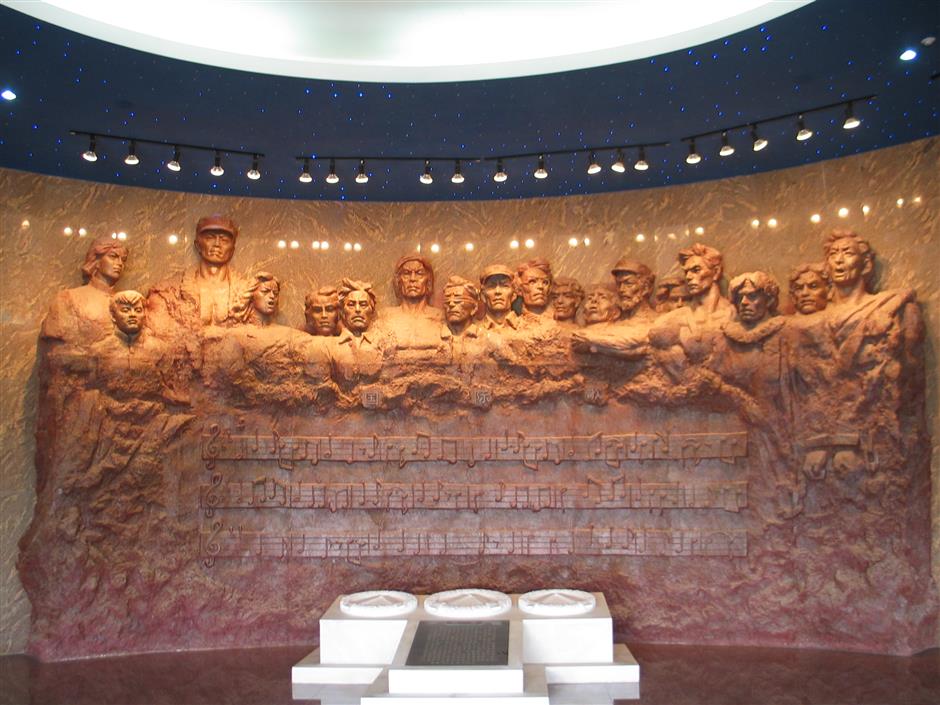 The sculptures feature martyrs involved in the Great Revolution and the Agrarian Revolutionary War at the museum.

The museum is divided into three exhibition rooms. The first room shows the historical material of martyrs during the Great Revolution and the Agrarian Revolutionary War.

The second room shows the historical material of martyrs who sacrificed themselves during Chinese People’s War of Resistance Against Japanese Aggression (1931-1945), and introduces the people’s anti-Japanese armed forces such as the Waigang and Loutang guerrillas who fought under the direct leadership of the Party.

The third exhibition room displays the historical material of martyrs who sacrificed themselves during the War of Liberation (1946-1949) and after the founding of the People’s Republic of China.Now, the cemetery and the museum are being renovated. During the renovation period, the hall is temporarily closed but is expected to reopen on July 1.

At the intersection of Huyi Highway and Hongde Road in Jiading, there is an exquisitely designed four-story building. This is the Hongde Building that has a high reputation among local people and Party members.

The building is divided into three areas — a Party construction service area, a group service area and an education service area. Among them, the Jiading Party History Museum is on the third floor of the building which is an education base for Party members and the masses to follow the footprints of revolutionary ancestors, learn about historic moments, feel the original aspirations and draw on the strength of progress.

Today, let’s walk into the Jiading Party History Museum and feel the warmth and details of Jiading history.

Walking into the Jiading Party History Museum, the first section “the road of faith” comes into view. Jiading is one of the areas where the Communist Party of China held earlier activities in the suburbs of Shanghai.

In the spring of 1927, the Jiading special branch of the CPC was secretly established. From then on, under the Party’s organization and leadership, Jiading people began seeking national independence and liberation.

After browsing the first section, visitors may come to the second section, “the road of construct.” On May 13, 1949, Jiading was liberated, and a new page in its history was opened. The then county’s Party committee mobilized and relied on Jiading people to restore and develop Jiading’s economy, culture and social undertakings and improve people’s living standards, which laid the foundation for the rapid development of the area.

The third part is “the road of reform.” The Third Plenary Session of the 11th Central Committee of the Communist Party of China was held in 1978. 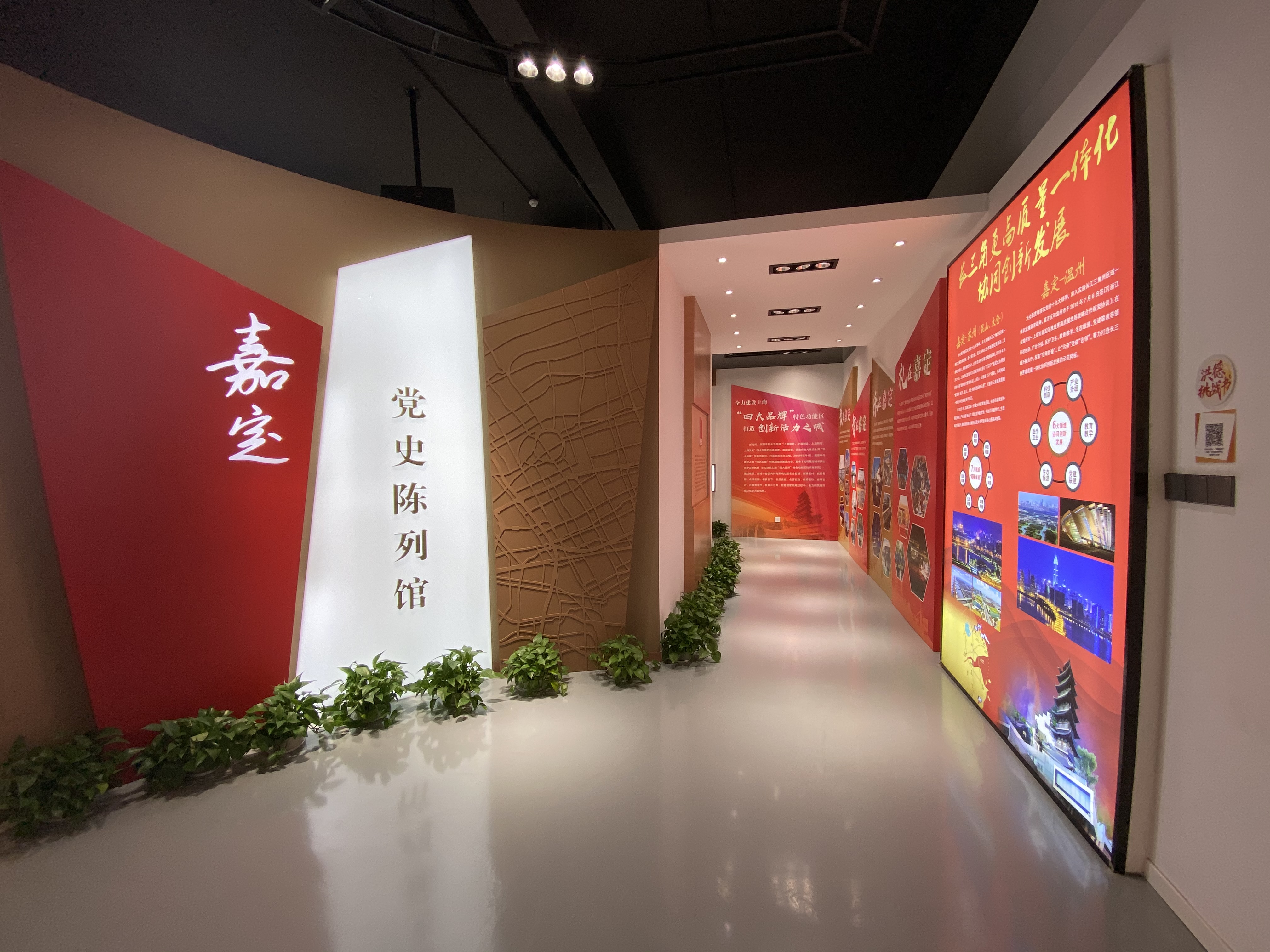 In November 2016, the 6th Party congress of Jiading District proposed the building of a model new town for future development in the new journey of building Shanghai into an excellent global city.

In particular, since the 18th National Congress of the Communist Party of China, Jiading has changed its development mode, deeply promoted the integration of industry and city, made every effort to build a new modern town and accelerated the construction of science and technology, automation, education, health and public welfare. The development of Jiading has entered a new era.

The Waigang Guerrilla Memorial Hall is in Yangdian Village, Waigang Town of Jiading District — the birthplace of the Waigang guerrillas.

Covering an area of more than 3,000 square meters, the memorial hall was completed and opened to the public in 2008. It is a patriotic education base of Shanghai.

There is a relief wall on the square outside the memorial hall, depicting several important battles of the Waigang guerrillas.

A group of statues on the other side tell the story of how Japanese warplane crashed near Wangxian Bridge in Waigang on the afternoon of January 30, 1939, when the guerrillas rushed to the scene and burned the enemy’s plane through removing any useful parts.

When you come to the memorial hall, you can learn more about the birth and development of the Waigang guerrillas.

After the 1937 battle against the Japanese at a Shanghai warehouse, Jiading was occupied by the Japanese troops.

At that time, Lu Bingkui, a young traditional Chinese medicine doctor in the Yangdian area of Waigang, led patriotic young people to fight and set up the Yangdian people’s anti-Japanese force.

Later, this guerrilla group was reorganized into the Third Detachment of the Army of Jiangnan Anti-Japanese Volunteers, with Lu as its leader.

This was the first time that the guerrillas took the initiative to attack since their establishment. They killed and wounded several Japanese soldiers and damaged a Japanese motorboat at the cost of no casualties.

Next to the memorial hall, there is an old-fashioned house modeled on Lu’s former residence. Lu was famous in the countryside for his practice of medicine. When the nation was in danger, he resolutely joined the resistance force.

After the founding of the People’s Republic of China in 1949, the then Premier Zhou Enlai appointed Lu as the director of the Department of Traditional Chinese Medicine of the Ministry of Health. He also founded the first school for teachers of higher education of TCM. 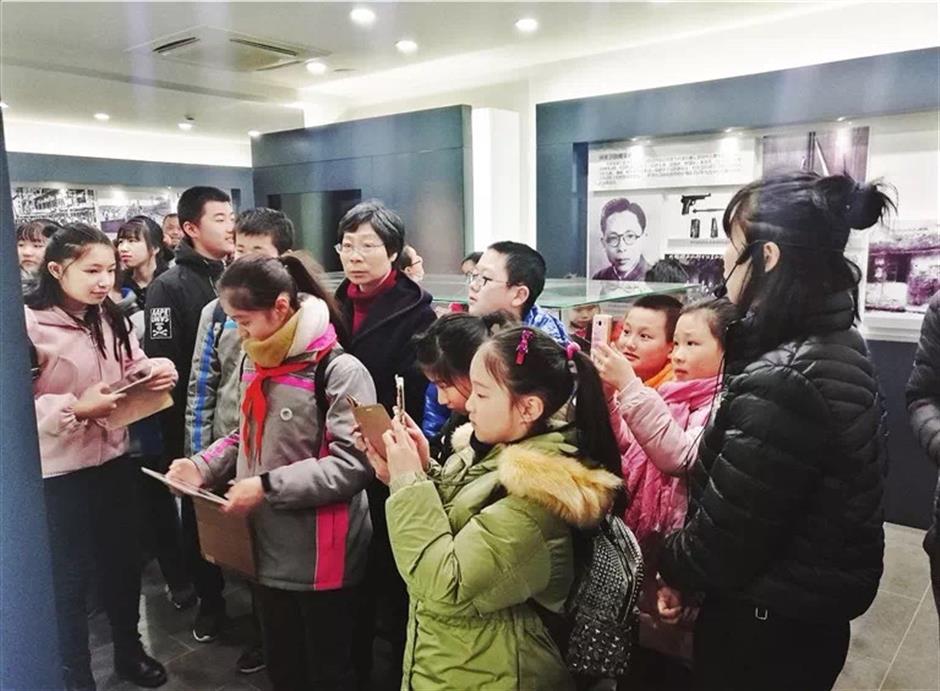 Students and residents listen to the museum guide and take pictures of the exhibits at Waigang Guerrilla Memorial Hall to learn about the past.