When mentioning lacquer artworks, one might immediately relate to something dark, heavy and profound.

As a medium that has been passed down from ancient China, there is no doubt that lacquer has its own charm. The creation of a multiple-layer lacquered piece can take months or even more than a year, requiring great patience and concentration to complete the sophisticated process. In return, the artwork made by lacquer can maintain its original color and texture for centuries, making it a "gift of time."

However, artist Weng Jijun, who has been working with lacquer for almost four decades, brings something different from the stereotypical image of lacquer-made artworks via a solo exhibition titled "Constellation."

Currently running at DUMONTEIL Shanghai, the exhibition features 20 of his latest creations.

Inspired by its characteristics and tradition, Weng renders an alternative for visitors to re-examine the beauty and profundity in lacquer.

Born in Shanghai in 1955, Weng graduated from Jiangxi Normal University's College of Fine Arts in 1981, and furthered his studies at the Central Academy of Fine Arts' Mural Painting Department in 1994.

"I am always asked how long it takes to complete a lacquer art piece," Weng said. "It is very hard to tell. I often start with several works at the same time due to the complicated procedures. For me, three months of work is normal for one single piece."

In his works, content, form and process are closely interwoven. The installation "Standing 2018," which is on display at the entrance, consists of three dry lacquer columns that combine the textural feelings unique to different stages of lacquer creation – painting, mounting ramie, scraping, polishing and silver leafing.

To provide a pleasant surprise for visitors who enter the exhibition hall, Weng used Tiffany blue, Sakura pink and cyan – none of which is commonly associated with lacquer – for his works.

Weng has a strong belief in the words of American abstract artist Mark Rothko that "... art is an adventure into an unknown world, which can be explored only by those willing to take the risks."

For Weng, color reveals emotion and energy, and he prefers abstract expressions using color at the core of his creations. Unlike abstract brushwork on canvas and paper, a subtle and visible complexity – the aggregate of energy and overlapping traces, the intentional and the accidental – is achieved by the interpenetration of accumulated lacquer layers and repeated polishing effects.

During the pandemic, he began paying more attention to his desire to explore the world of the unknown, using his works to reflect the connection between the macro and micro world beyond the prism of science. He transforms traditional patterns and motifs into a search for the origin of life and a depiction of cosmic forms, breaking away from the stereotype of lacquer as a craft and decorative art.

In "Constellation," Weng invites viewers to see things anew from the perspective of perception rather than cognition.

For example, he fuses different sized cones into "Constellation 2021-1."

"Don't you think they are akin to small eyes watching the whole universe?" he asked.

"Lacquer fascinates me. More than a material, it moves, changes and has its own temper. For me, lacquer is like my partner rather than a creation tool. Agreements can only be reached after exchanges and collisions, and what I want to say is all revealed in my works," he said. 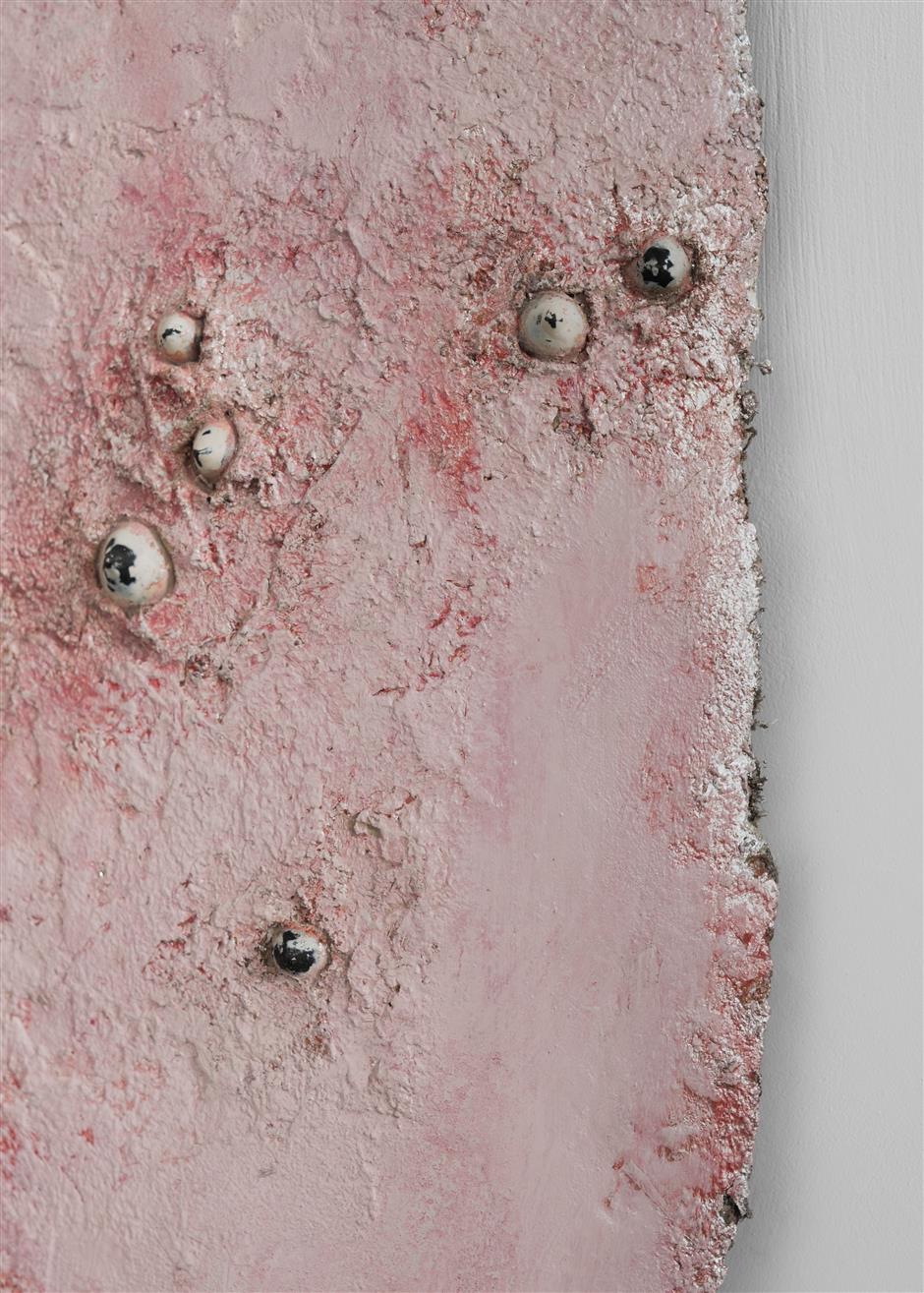