Masculinity under the feminine microscope at new exhibition 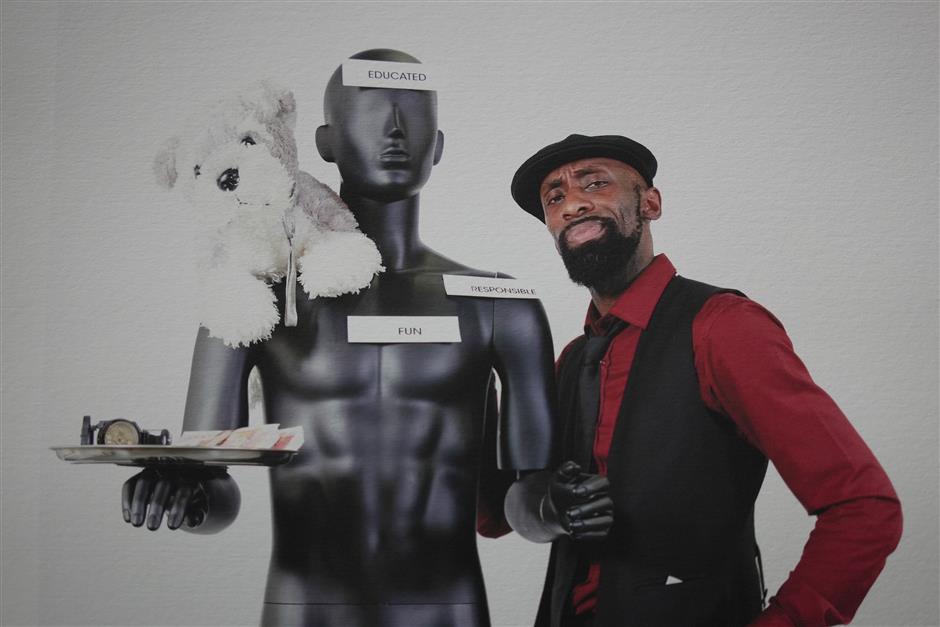 A visitor poses with the three words and three objects he chose from Yolanda's interactive piece to represent masculinity.

What it means to be a man is an age-old question, but it's one that has become more and more complicated today as masculinity is critiqued, torn apart and redefined under ever-expanding and ever-contested ideas of exactly what it is, and what it should be.

No longer just an idea to be defined by males and males alone, being a man and everything that entails is currently being discussed at a new Shanghai exhibition by eight female photographers, "Seeing Him: Masculinity Through the Eyes of Female Photographers."

I went down to check out the exhibition at MUSEu&M and had a chat with organizers Yolanda vom Hagen, a German photographer, artist and life coach who tweaked her skills at the Beijing Film Academy, and Jo Rankine, an Australian photographer who has spent the good part of nearly three decades creating images.

I expected photos, the odd cliche, and maybe a splash of sex appeal. What I didn't expect, however, was to be confronted with my own fears, insecurities, pain and prejudices as I was forced to ask myself what makes a man and what that means to me.

Jo has been living in Shanghai for about three years but, despite growing up with a loving dad who was never sexist toward her, she is well aware of some of the issues masculinity can bring, especially in very "macho" cultures like her home country Australia.

"Women still don't often have control of spaces," Jo told me as we entered the space. "That's why this exhibition is so important and evocative, because it focuses on masculinity and what that means, all from the perspectives and experiences of eight women from eight different countries." 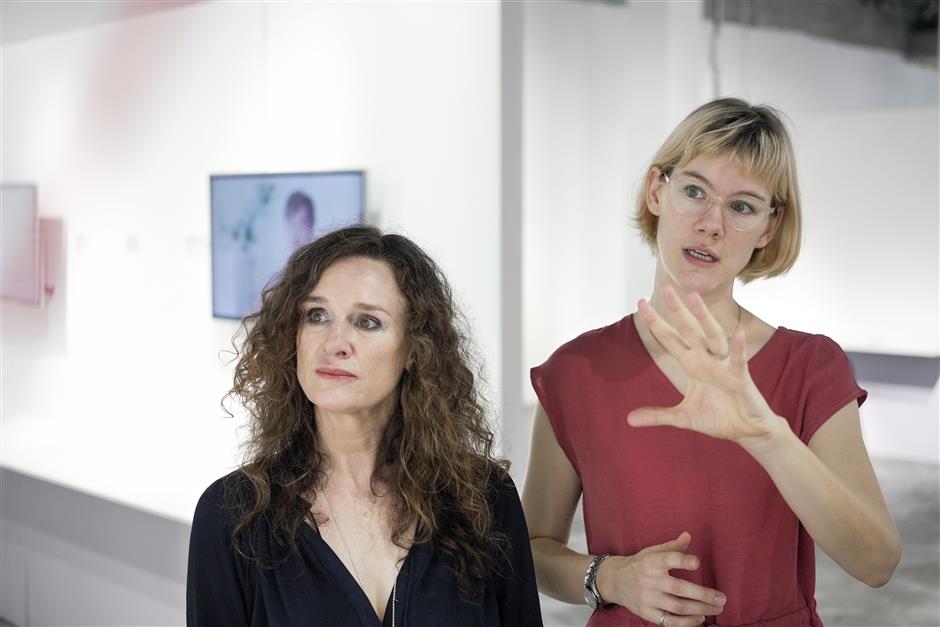 Since the other artists were not present, Jo and Yolanda took me around to introduce many of their artworks and what the artist was working toward and trying to say through their work. But "Seeing Him" is as much about the viewer exploring their own beliefs and values, Jo said, giving me time to dig deep and question my own place as a man in the world today.

That experience became even deeper when Yolanda took me across to one of her exhibits, an interactive piece using props and printed words to express what it is to be a man.

"Having grown up with a single divorced father," she explained, "I really got to see and experience the struggles men can have."

Masculinity is as much about vulnerability as much as it is about strength, she said, and it is unique to everyone, based on their experiences from birth until today.

Yolanda asked me to pick three words from a table covered in dozens and dozens of adjectives to describe what being a man is.

It should be easy, right? Many of the words were playful and positive: sexy, strong, intelligent, reliable.

But then it got me thinking. Thinking about who should be the single most important man in a child's life: their father. A person who, for me, was a violent, non-existent man who disappeared from my life at around the age of 7 and hasn't been back.

So what do I pick as my three words to describe what a man is? Do I pick what a man should be – reliable, intelligent, caring – or do I pick what masculinity was to me as a child, based on my father? Violent. Removed. Alcoholic.

As Jo told me, while describing one of her pieces that aimed to remind the viewer that beliefs and rituals can be broken, "what it is to be a man is not set in stone ... what it means to be a man changes from generation to generation, from culture to culture."

I still couldn't choose three simple words to express what it means to me.

"And that's fine," Yolanda said. "But it's got you thinking, and that's what this exhibition is all about."

"Seeing Him: Masculinity Through The Eyes of Female Photographers"