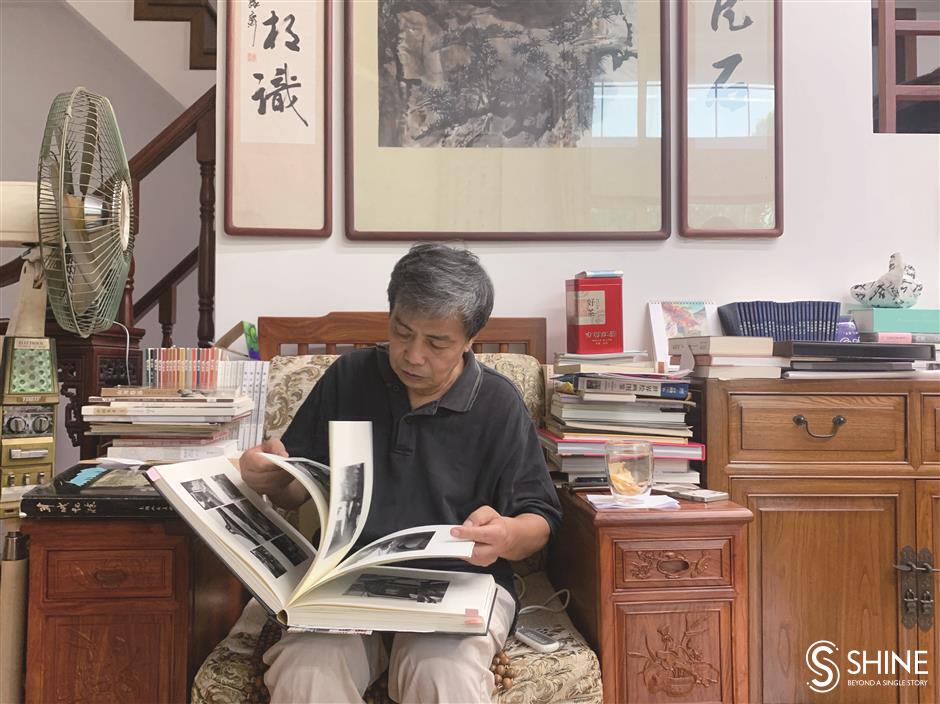 Tang Xilin doesn't consider himself a dewy-eyed nostalgic and he doesn't yearn to turn back the clock, but the transformation between yesterday and today in Songjiang fascinates him.

He has focused his camera lens on the district's rise and fall over the past four decades to take photos of old countryside houses, demolished buildings, narrow lanes, old villas and the daily lives of people living in the traditional back lanes. 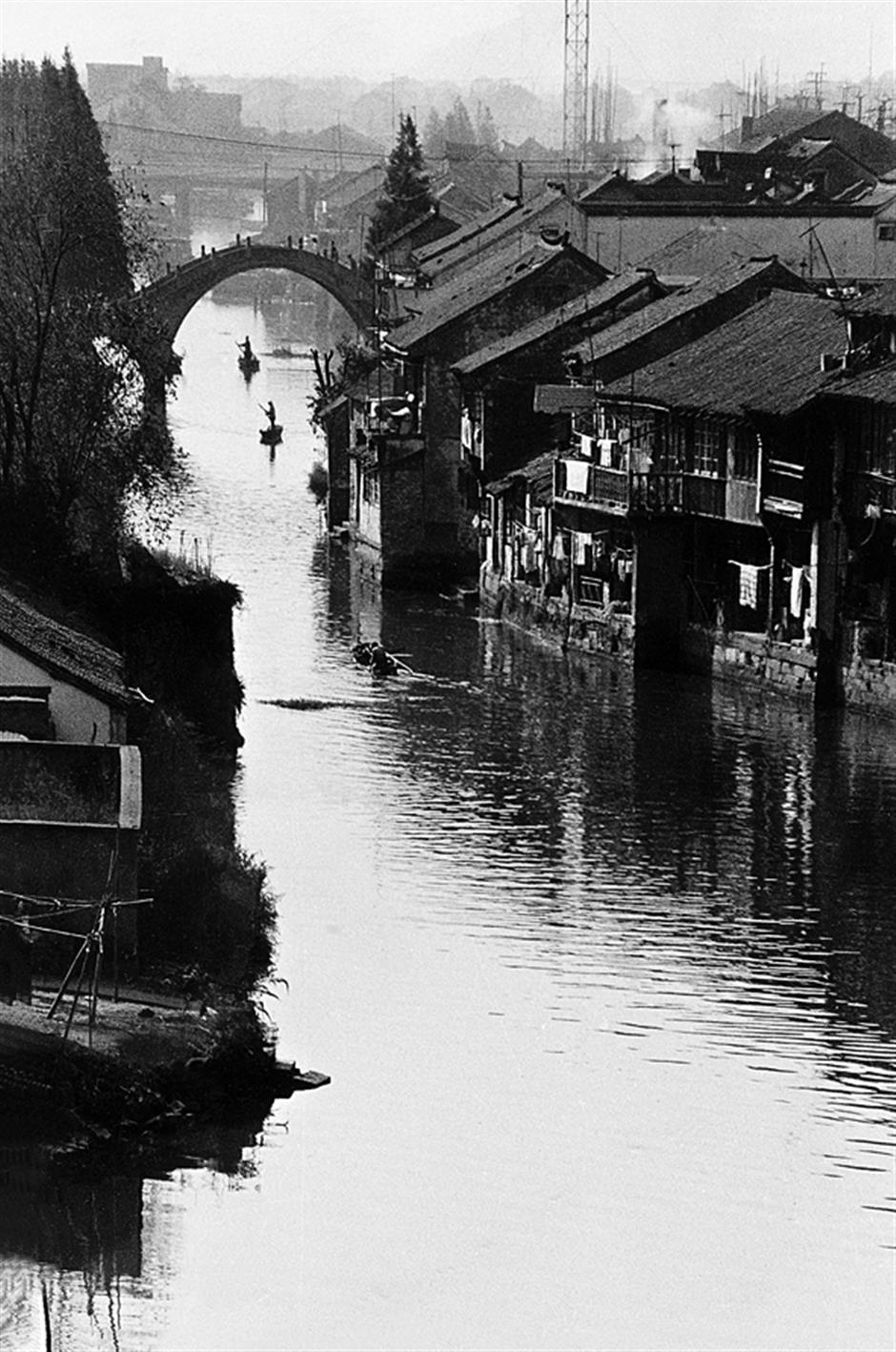 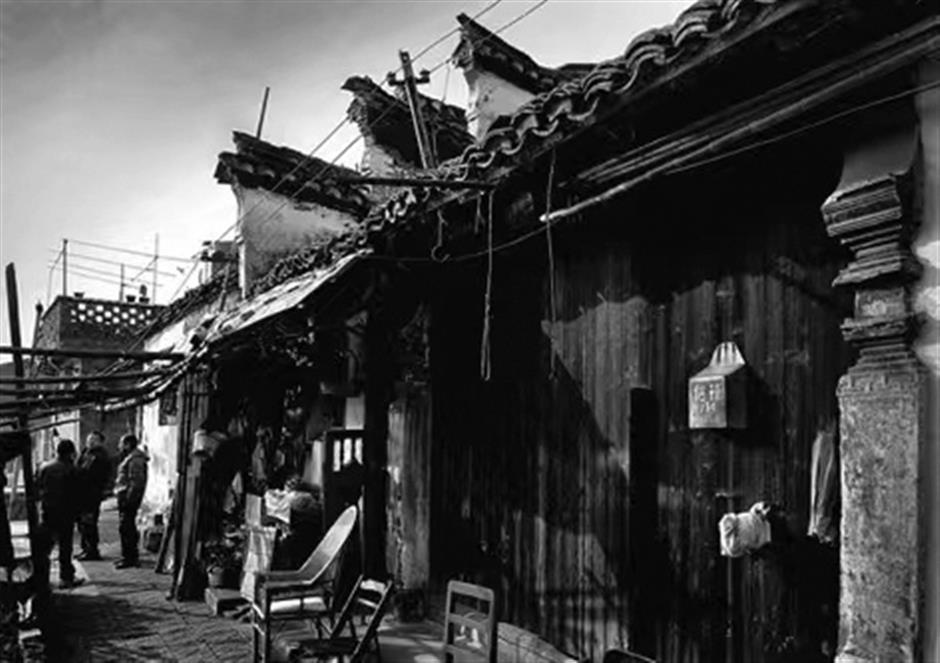 "I'm not a pro, just a fan of photography," Tang said. The 72-year-old Songjiang native took up the camera as a job responsibility when he worked in the local library and the cultural center. But gradually, it became more of a hobby, a personal pleasure than a mere work routine.

An aficionado of Chinese art, talented at calligraphy and painting, Tang explored and observed his hometown with a camera but initially from a painter's perspective as the two art forms shared something in common.

"Strolling on the old street with my camera in hand often reminded me about the days of yore when I was a boy carrying a schoolbag on the way home. These two scenes magically overlapped," he recalled.

Tang developed his own films. In the 1970s, he traveled hours from the remote suburb to downtown Jing'an District to buy chemical developer which he filled into the glass beer bottle he carried.

"To be honest, I didn't think much of photographic artistry at that time. I'm simply a recorder who took note of my hometown's urban development with the camera using a documentary approach," he said.

But thanks to the photographer's concise, straightforward line-drawing technique, his pictures provide a humanistic retrospective as well as a chronicle of how Songjiang has turned from a countryside with large patches of farmlands into a modern district equipped with a manufacturing industry cluster in just several decades. 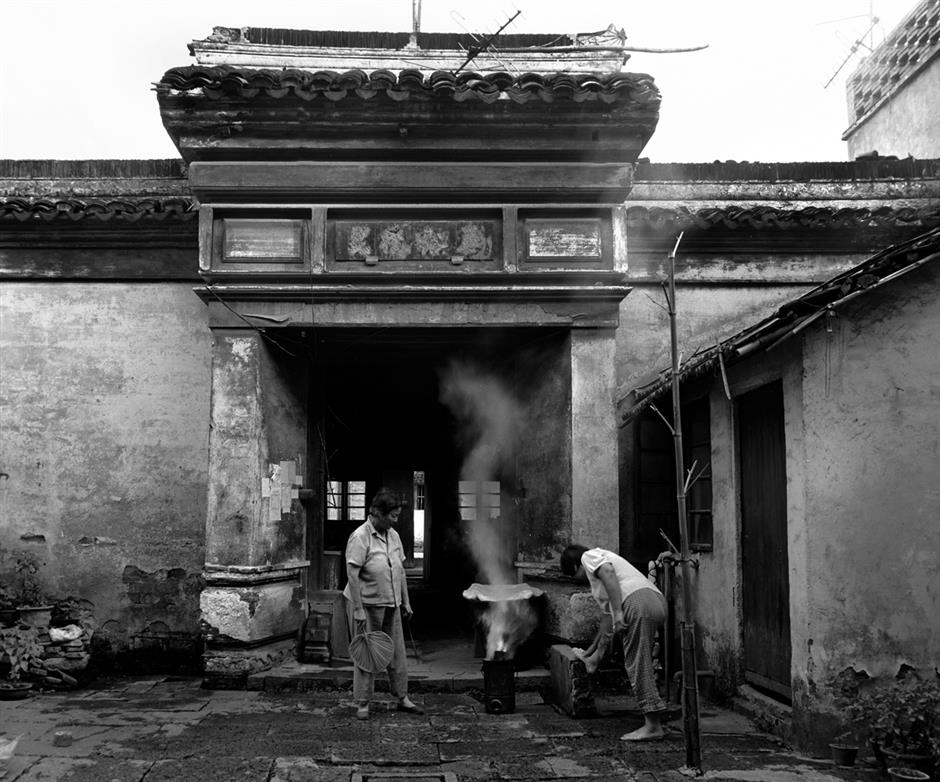 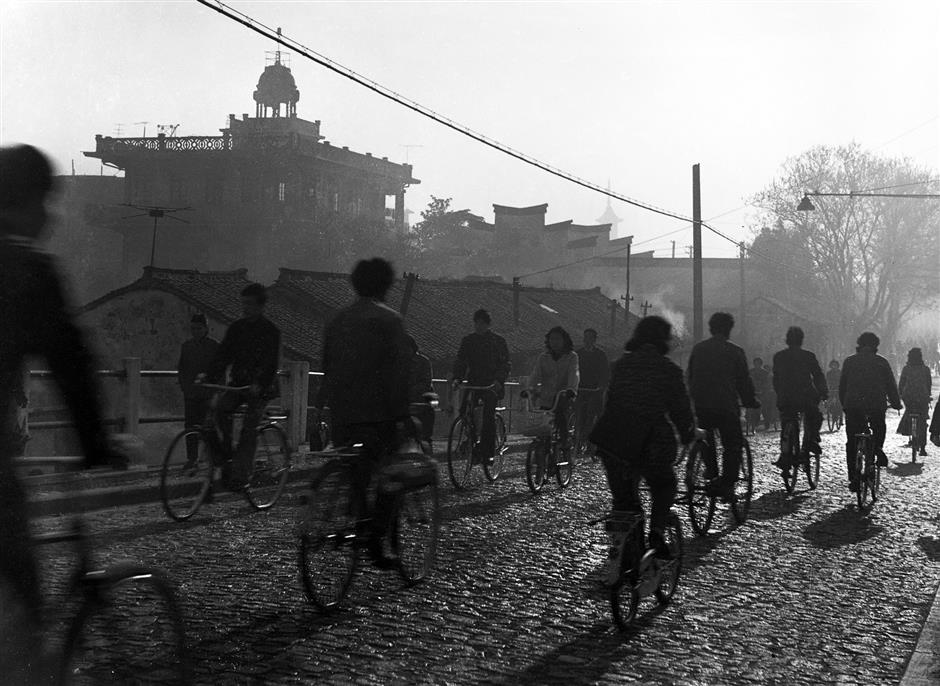 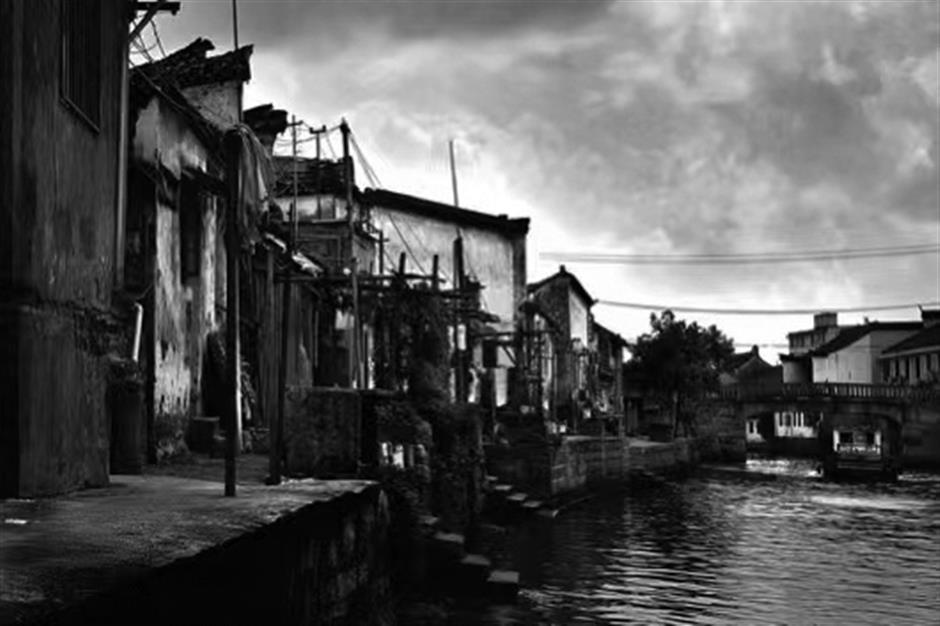 Old structures have been renovated, relocated or removed, while new constructions are mushrooming everyday. Good or not? It's too complicated a question to answer. Tang doesn't judge. He records their images faithfully with his camera. It's been a shared task, with every old town in China learning how to balance heritage protection and economic growth.

His lens often captured local residents going about their daily routines, which could only be seen in suburban Shanghai. He pictured young female farmers performing on a stage formed by four large trucks in the 1990s when the city organized art troupes to rural villages; old women firing the stove at the entrance of a relic house to prepare supper; large crowds biking to work with their shadows drawn long by the morning sunlight on the cobbled path of the Xiuye Bridge.

In 1993, the old Zhongshan Road in downtown Songjiang, built in the late Qing Dynasty (1644-1911), was about to be completely dismantled along with the shops on two sides. It was the busiest place in Songjiang, with the district's largest restaurant, department store and drugstore, as well as butcher shops, tofu stands, photo studios, fashion boutiques, hardware shops, fruit stalls and many others.

The street would be reconstructed and expanded from three meters wide to today's 36 meters, flanked with towering buildings.

A worker at Songjiang Cultural Center at the time, Tang organized a district- wide, one-year-long photography project (from 1993 to 1994) that attracted amateurs and professionals to take the last photos of the old street at different times of the day and in different seasons. "The final exhibition was quite shabby – the photos were on open-air display on the old street," he recalled. They captured the street's last noisy, crowded scenes, where every shop had a big sale and people were packed solid along the road.

In the 2000s, during a field trip to Zhoujiabang Village in Xiaokunshan Town, Tang discovered six murals on the wall in an old cottage house. They were painted by students from Shanghai Huxi High School in the 1960s and depicted the farm work training they attended. They also added a poem that was romantic and full of imagination. It read, "We tear a slice of white clouds to wipe the sweat, and ask the sun for a light to smoke."

Tang wrote a letter to Shanghai History Museum to seek preservation. In 2018, supported by the local Xiaokunshan government, the walls were collected by the museum.

In recent years, Tang has started taking videos on a smartphone. He ventures into those old houses and invites elders to tell the old stories of their lives in there. "A city should have its past, present and future," he said. "I hope these photos will leave some old golden memories of hometown for next generations." 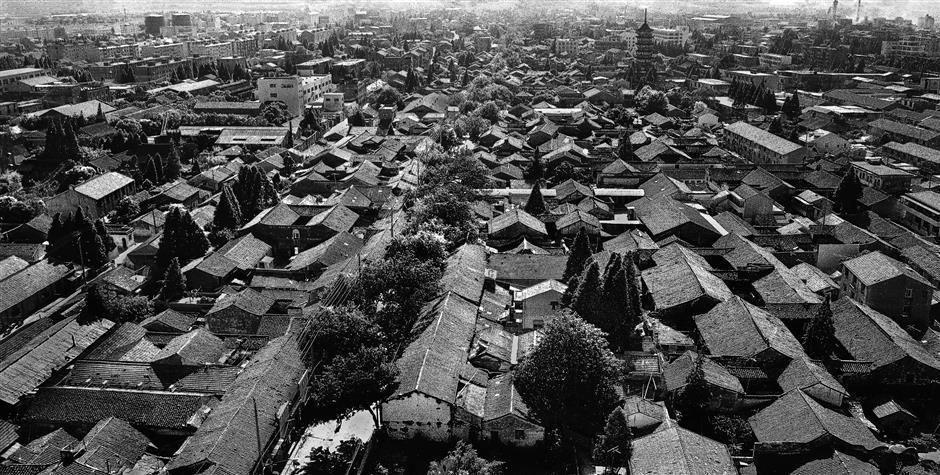 A bird's-eye view of old Songjiang downtown area in 1995