Sales worth 480 million yuan (US$74.5 million) were inked during the 17th China International Cartoon and Animation Festival held in Hangzhou.

The festival attracted more than 4,000 exhibitors and 335 enterprises and organizations from 56 countries and regions, despite unprecedented challenges due to COVID-19. About 1,650 one-on-one negotiations were carried out during the six-day event, which ended on October 4.

The festival's organizing committee ruled that all visitors this year should present 48-hour negative nucleic acid test results to gain admission. Therefore, most people chose to visit online. By the time the festival ended, the online platform had received more than 13 million visits.

To ensure that the festival was held in a safe and orderly manner, Hangzhou made full use of digital, intelligent and refined epidemic prevention and control methods to ensure the protection of participants and audiences.

To cater to manga buffs who could not attend offline events, the organizing committee hosted livestreamings which attracted over 330 million clicks, a 50 percent year-on-year jump. 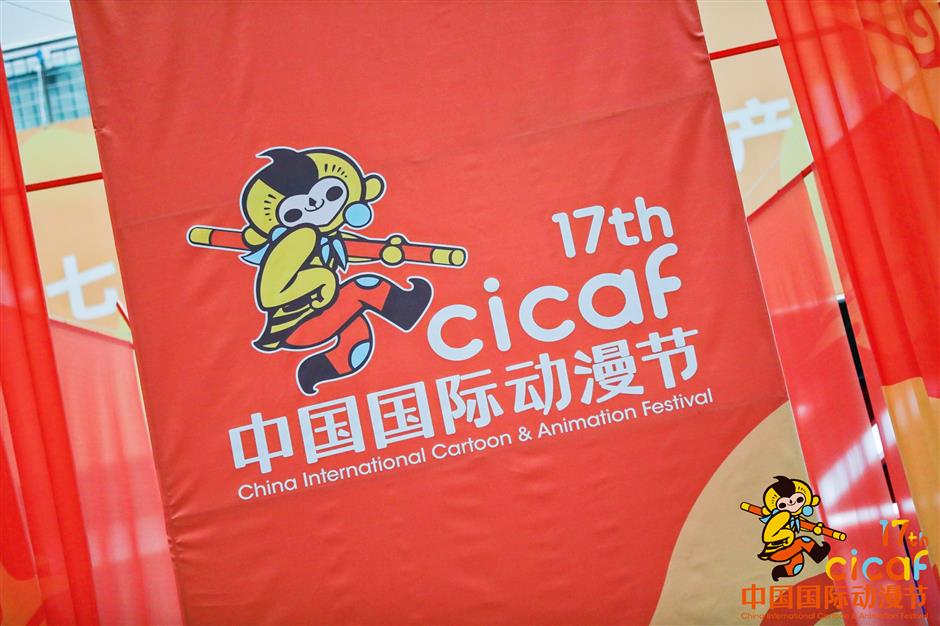 The Golden Monkey King Award, the highlight of the festival, received 1,176 entries from 16 countries and regions this year. The "Red Boat" created by Luo Ji won the prize for caricature this year.

The Red Boat on Jiaxing's Nanhu Lake is one of the most iconic boats in the country, honoring the conclusion of the first National Congress of the Communist Party of China in 1921. Luo's lianhuanhua portrays the establishment of the Party and its early members.

"All works have to take the storytelling into account, and I focus our content on the characters, considering their personalities, their times and their history, and a combination of these three elements," said Luo. "It took countless hours to collect the historical materials, because they were scattered in museums and memorial halls." 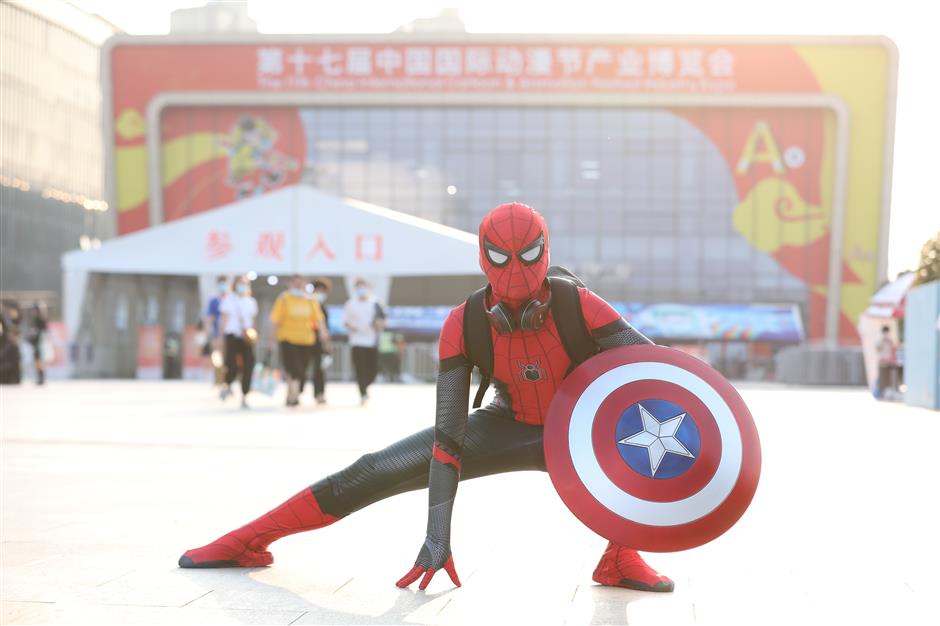 A spiderman cosplayer at the festival

Video games have also been a spotlight of the festival as the industry keeps booming in China. The organizing committee set up the Mengmeng Award to select promising video games and build a bridge between investors and game designers.

Prizewinners have the opportunity to get 10 million yuan in financial support, including office space, technical support and project investment. This year, the Five Dimension Space Team from Tsinghua University won the top award.

After years of development, the CICAF has evolved into an extravaganza for cosplay aficionados. In recent years, the guochao cosplay, a trend steeped in Chinese tradition, has had huge appeal to youngsters due to the rapid development of the domestic design industry. 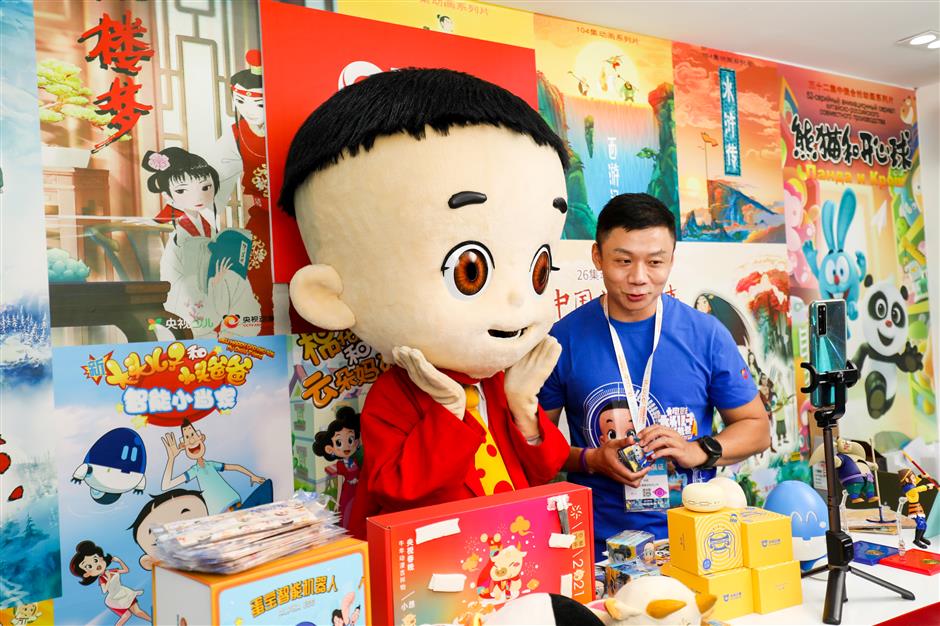 A cosplayer wears the costume of the big head son which is the leading character of Chinese popular cartoon "The Big Head Son and Little Head Father."

This year, cosplayers clad in traditional Chinese costumes became the new calling cards of the CICAF. When 77-year-old cosplayer Liu Weixiu, wearing the traditional hanfu (the traditional dress of Han Chinese people), appeared at the festival, she soon made a stir on social media. Netizens were amazed at her elegant styling. It actually was her first time to attend the cosplay gala.

"Although my power is limited, I still have the responsibility to promote our traditional culture and costumes," said Liu.

The festival is also a platform to find talented kids. The Tianyan China International Youth and Children's Caricature Competition attracted more than 42,000 drawings. More than 4,000 paintings were awarded prizes during the festival.

The CICAF is one of the biggest events of the year for cartoon fans and industry insiders in China. Some 45 activities, trade meetings, seminars and competitions were held. The festival is traditionally held in late April but it was held for the first time this year during the National Day holiday due to the COVID-19 pandemic. 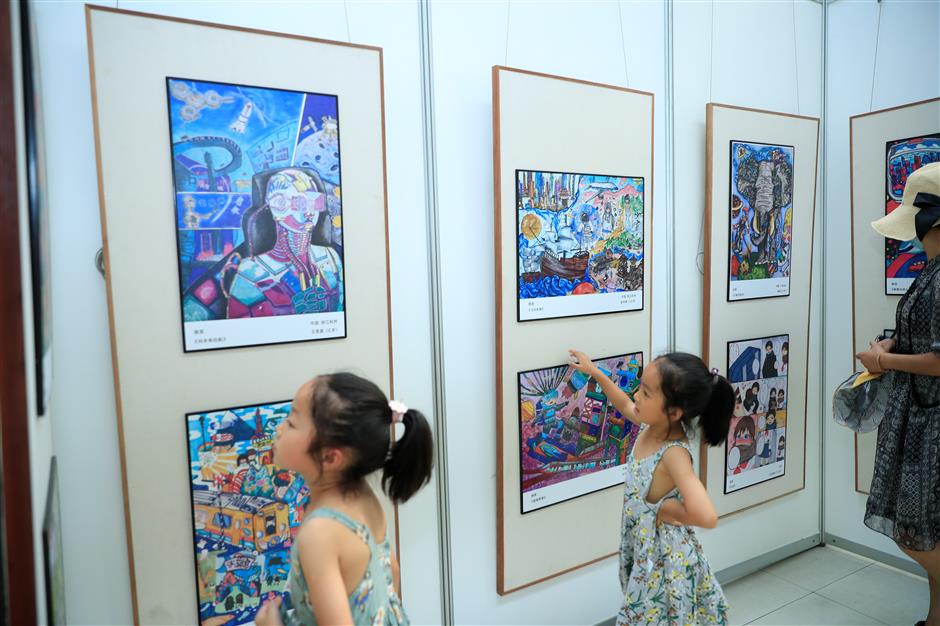