A painting by award-winning Shanghai painter Liu Shuang and art photographer Zhu Ying in commemoration of the first meeting between Chairman Mao Zedong and his long-time fellow comrade Dong Biwu has been donated to the Memorial of the First National Congress of the Communist Party of China.

The oil painting, "Rise at Dawn," is set in June 1921. The early organization of the CPC in Wuhan was told to send two representatives to Shanghai to attend the Party's first national congress. In early July, Dong went to Shanghai as a representative for the Wuhan division. At this meeting, Dong, then 35, met Mao, who was seven years younger. They forged a profound lifelong friendship. 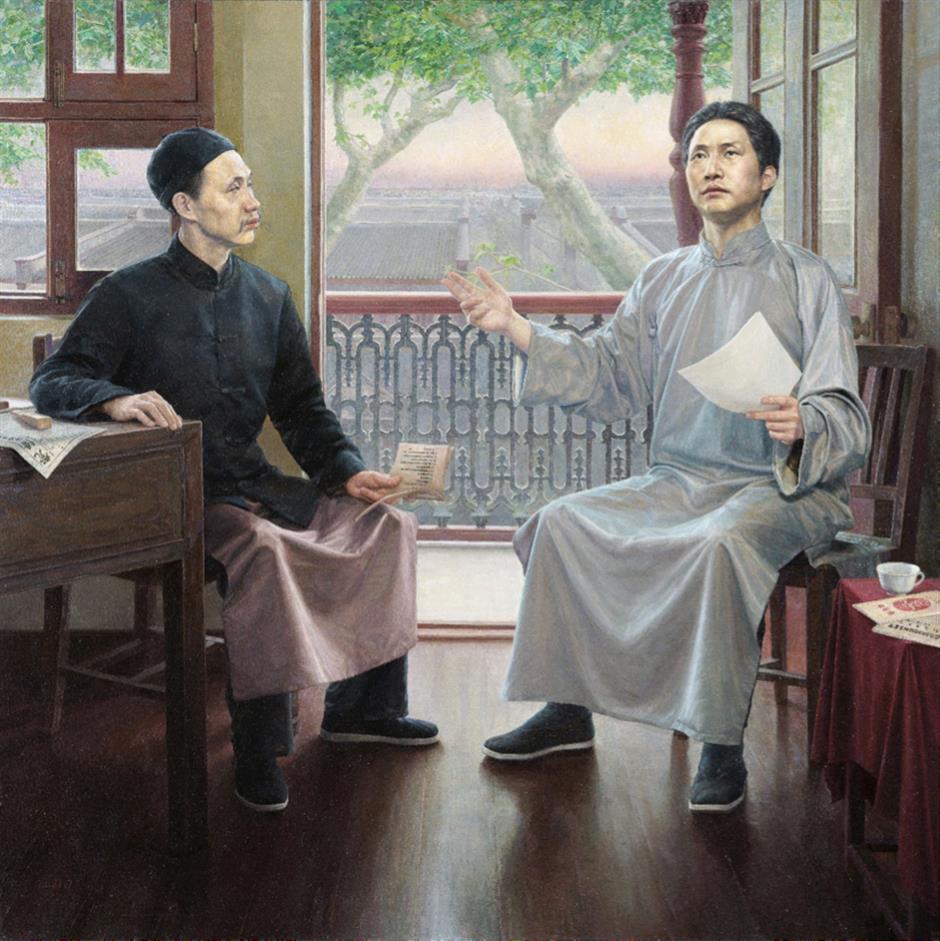 The painting shows Mao and Dong discussing the principles of the Communist Party of China and the future of the country one morning before the congress in the room where Dong lived.

In the background, opposite the balcony is a shikumen (stone-gate) building. In the distance, landmark buildings on the Bund can be vaguely seen. The two interwoven plane trees symbolize the vigorous growth of friendship and the ideals of the founding fathers.

"The Communist Manifesto" and the New Youth magazine are also featured in the painting.

"In the creation process of this work in the past two years, we have used 3D modeling and high-tech means and hired special actors to recreate the scene," Liu told Shanghai Daily.

"The creation team was carefully guided by Party history experts. With the help of them, we made many field visits to the original site of the scene."

He said they also received strong support and help from Dong's family.

In the new work, the 40-year-old painter mainly used the realistic painting techniques of the French academic school in the 19th century, with the background blended with Impressionist painting.

In the distant background, the rising sun reflects the light on the whole picture. Red is also the symbolic color of the CPC.

The painting combines realistic facial expressions, symbolic composition and the romantic expression of color of modern Impressionist painting, which helps demonstrate the vision and hope of the two young great men for the future of the country in the early days of the founding of the Party.

The memorial of the Party's first national congress opened to the public in June. It includes the former site of the congress on Xingye Road and a new exhibition hall opposite Huangpi Road S. 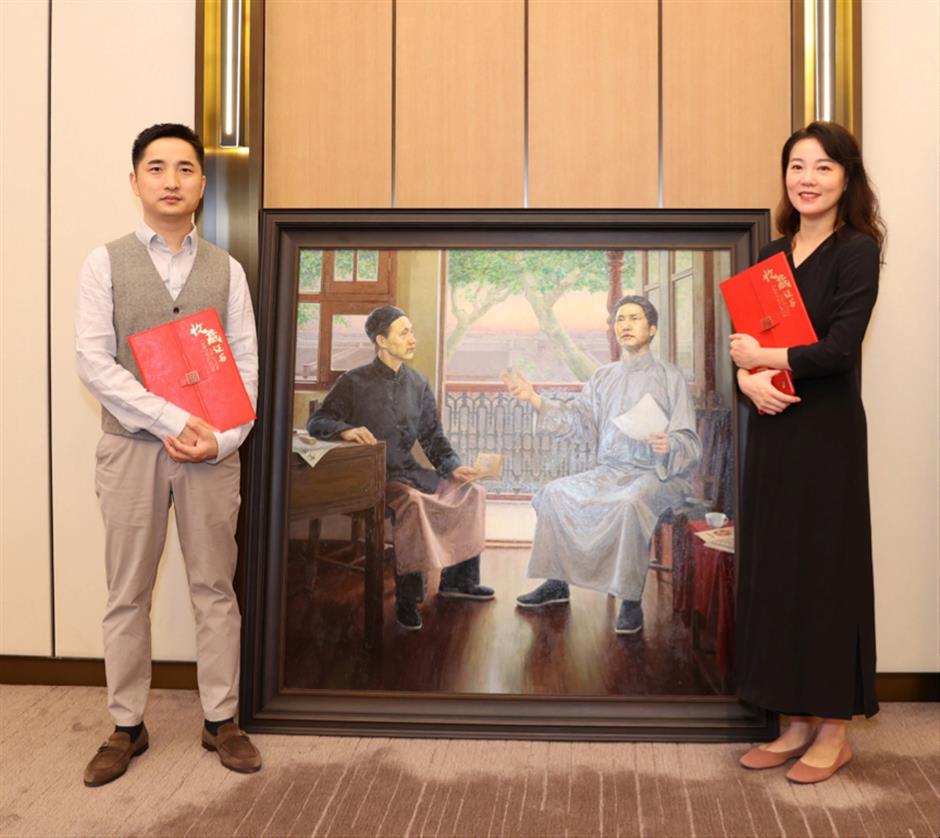 Liu Shuang (left) and Zhu Ying donate their painting to the Memorial of the First National Congress of the Communist Party of China.